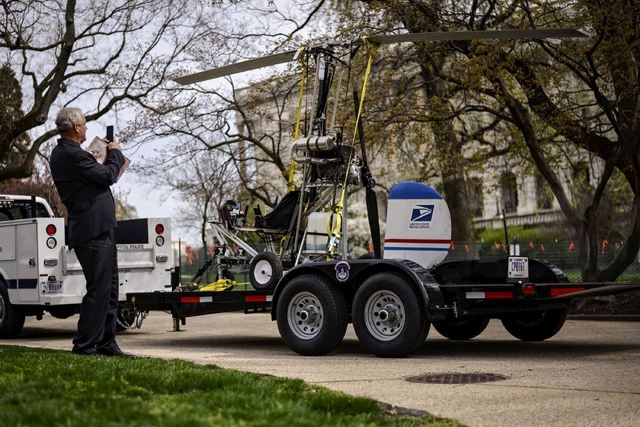 A man takes pictures of a gyro copter that was flown onto the grounds of the U.S. Capitol as it is towed from the west front lawn in Washington, in this file photo taken April 15, 2015. Douglas Mark Hughes, 61, a U.S. Postal Service mail carrier who piloted the small gyro copter past major Washington, D.C., landmarks last week, said on Sunday he had fully expected to be intercepted before he landed on the west lawn of the U.S. Capitol. (REUTERS/James Lawler Duggan/Files) 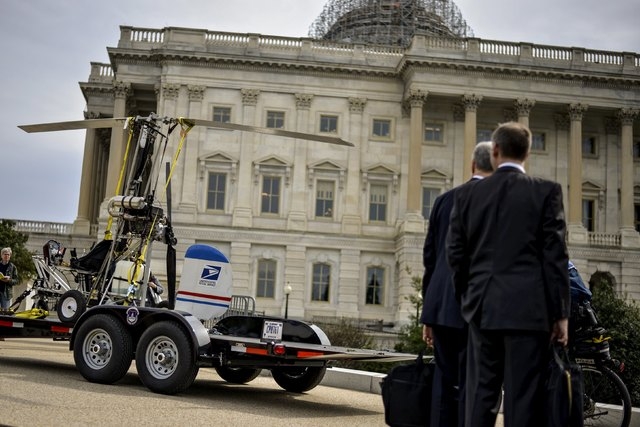 (People watch as a gyro copter that was flown onto the grounds of the U.S. Capitol is towed from the west front lawn in Washington April 15, 2015. REUTERS/James Lawler Duggan) 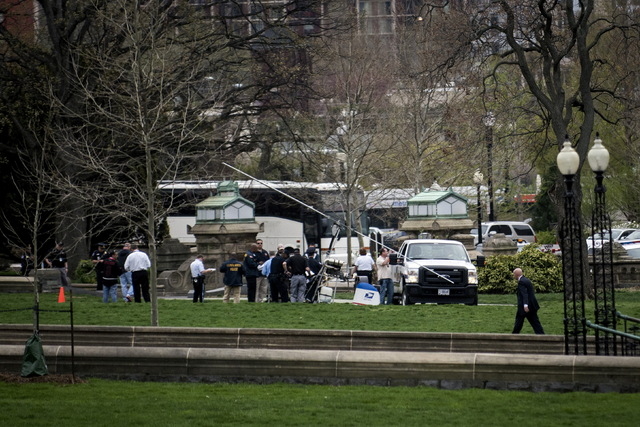 A gyro copter that was flown onto the grounds of the U.S. Capitol is seen on the west front lawn in Washington April 15, 2015. (REUTERS/James Lawler Duggan) 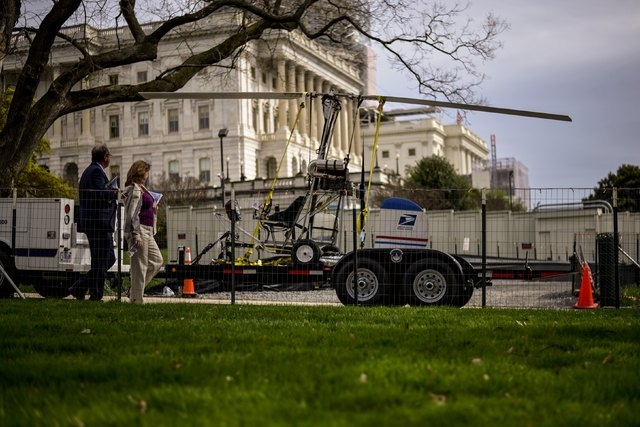 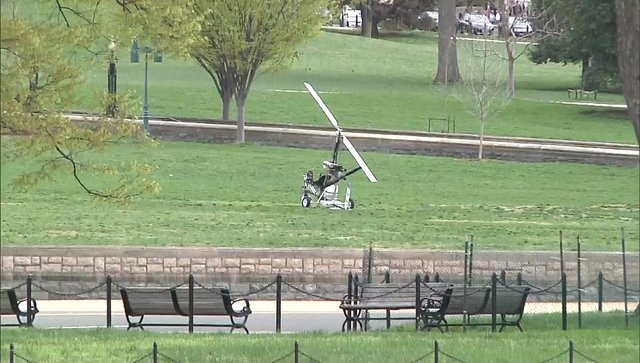 A small helicopter is pictured in this still image taken from video after it landed on the west lawn of the U.S. Capitol in Washington April 15, 2015. One person was detained and nearby streets were temporarily closed as police investigated, according to a police statement that called the craft a "gyro copter." (REUTERS/Courtesy of NBC4/WRC/Handout via Reuters) 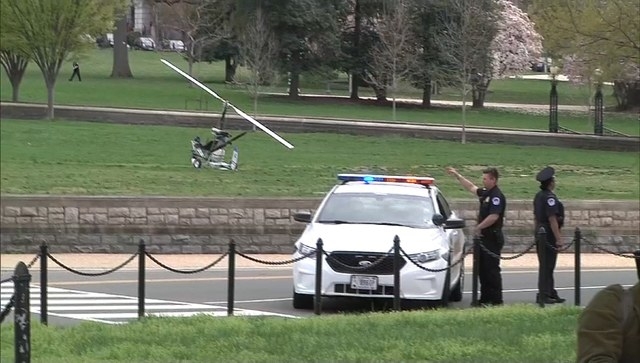 A small helicopter (L) is pictured in this still image taken from video after it landed on the west lawn of the U.S. Capitol in Washington April 15, 2015. One person was detained and nearby streets were temporarily closed as police investigated, according to a police statement that called the craft a "gyro copter." (REUTERS/Courtesy of NBC4/WRC/Handout via Reuters)

WASHINGTON — The Florida man who flew a gyrocopter onto the U.S. Capitol grounds pleaded not guilty on Thursday to charges of breaching some of the world’s most restricted airspace.

Douglas Hughes, a 61-year-old mail carrier from Ruskin, Florida, was indicted by a federal grand jury on Wednesday. His April 15 stunt was aimed at drawing attention to the need for campaign finance reform.

The flight of the small, unauthorized aircraft was among the most high-profile of recent security lapses in the U.S. capital.

Hughes made no comment during the hearing, but told reporters afterward that Congress had to reform campaign finance laws.

“The purpose (of the flight) was to get Congress to work for the people and not for special interests,” he said.

Hughes said he was open to a plea agreement with prosecutors. He held up a mock U.S. postal stamp with his picture on it presented by a handful of supporters who shouted: “Thank you, Doug.”

Hughes was arrested after piloting the craft from Pennsylvania and landing on the west lawn of the Capitol as police and tourists looked on. He was carrying a letter for each of the 535 members of Congress.

If convicted of all charges, he could be sentenced to up to 9-1/2 years in prison. Aircraft are banned from flying in the area of the Capitol and White House without permission.

Hughes is charged with lacking a pilot’s certificate or registration for the craft. Hughes owned the gyrocopter but it carried the unauthorized logo and emblem of the U.S. Postal Service, the indictment said.

The indictment includes a forfeiture allegation seeking a judgment for his gyrocopter, which has been seized by law enforcement. A gyrocopter resembles a helicopter, but has an unpowered rotor and separate propeller.

Hughes was on administrative leave from the Postal Service at the time of the incident. He has been free on personal recognizance with restrictions on his travel since a court appearance on April 16.

Kay agreed to a motion by Miles that Hughes’ house arrest be eased to allow him to travel within the Florida county where he lives, Hillsborough. Hughes must also wear a GPS-enabled ankle bracelet.