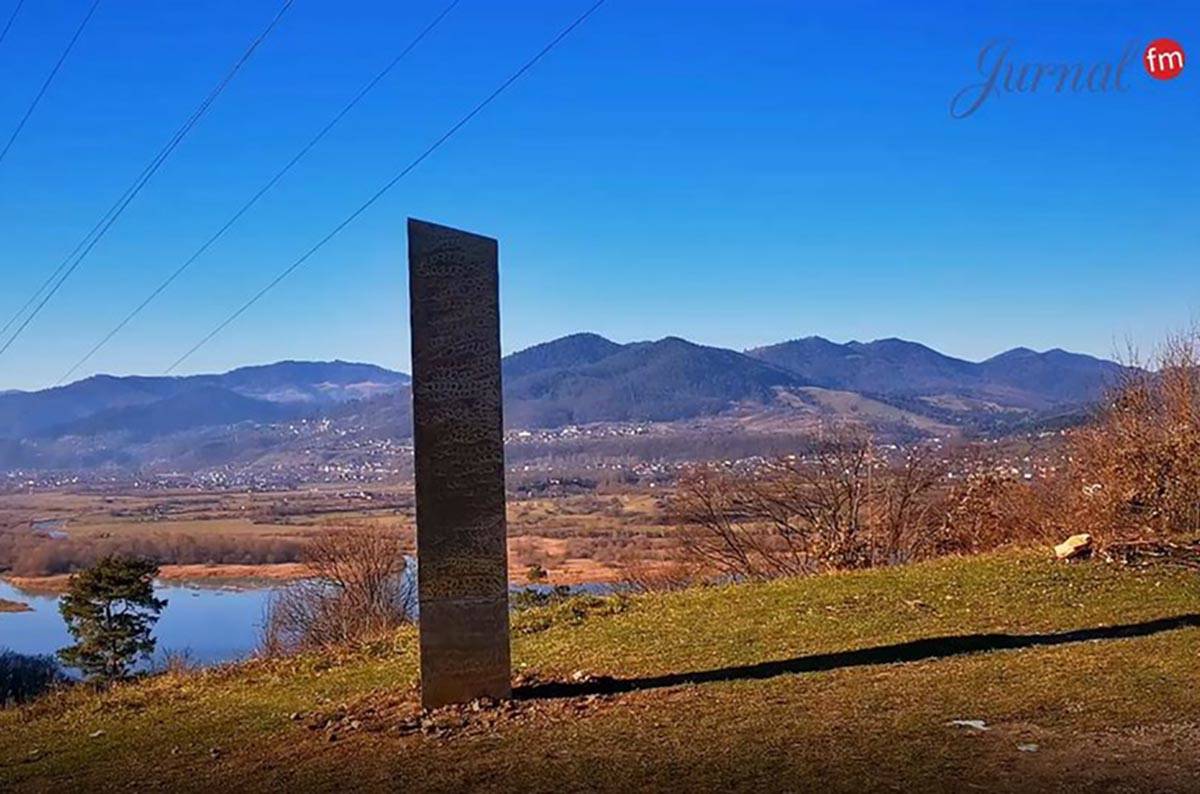 A metal monolith discovered outside of Piatra Neamț, Romania, over the weekend. It is similar to one discovered last month in remote southeastern Utah only to be mysteriously removed days later on Nov. 27, 2020. (Jurnal FM via Facebook)

The monolith mystery has taken a new twist nearly half a world away. And then another twist.

A triangular metal monolith appeared Friday outside a Romanian city, just days after a similar structure was mysteriously removed from the southeastern Utah desert.

On Tuesday, Reuters reported that it was removed.

“The 2.8 metre (9-foot) tall structure disappeared overnight as quietly as it was erected last week,” journalist Robert Iosub of the Ziar Piatra Neamt local newspaper, who had seen the structure, told Reuters.

“An unidentified person, apparently a bad local welder, made it … now all that remains is just a small hole covered by rocky soil,” local reporters had discovered, he said.

The sheet metal structure had a badly-welded join, he added.

A spokeswoman for Piatra Neamt police, Georgiana Mosu, said officers are conducting an inquiry into the illegally-installed structure, which was positioned in a protected archaeological area from Nov. 27.

A local newspaper reports that the monolith, like the one discovered in Utah, is about 9 feet tall and apparently composed of reflective metal. It was found standing on the Bâtca Doamnei plateau, near an archaeological site overlooking the city of Piatra Neamț.

Jurnal FM, a local radio station, recorded video of the object, revealing an sheen and looped markings along its surface.

Andrei Carabelea, mayor of Piatra Neamț, appears to be taking the news in stride.

“There is no reason to panic for those who think there is still life in the universe,” Carabelea quipped, according to a translation by The Independent. The statement was posted to Facebook after the discovery surfaced Friday.

“My guess is that some alien, cheeky and terrible teenagers left home with their parents’ UFO and started planting metal monoliths around the world. First in Utah and then at Piatra Neamt,” he added. “I am honored that they chose our city.”

Piatra Neamt has about 85,000 residents. It is the capital city of Neamț County, in the historical region of Western Moldavia, in northeastern Romania. Located in the Eastern Carpathian mountains, it is considered one of the most picturesque cities in Romania.

The Utah monolith was removed overnight late last month after being discovered a week earlier by a Utah Department of Public Safety helicopter crew.

Authorities appeared to be confused at its presence in Red Rock Country. Bureau of Land Management officials said since the monolith was on private property they would not investigate.

Officials were no less confused by its sudden disappearance overnight Friday. A photographer said that he spotted four men dismantling the structure, according to The New York Times.

All that remained Saturday morning was “a triangular metal piece that used to be on top and a hole where the base of the tower stood,” according to The Salt Lake Tribune. The BLM denied moving the structure.