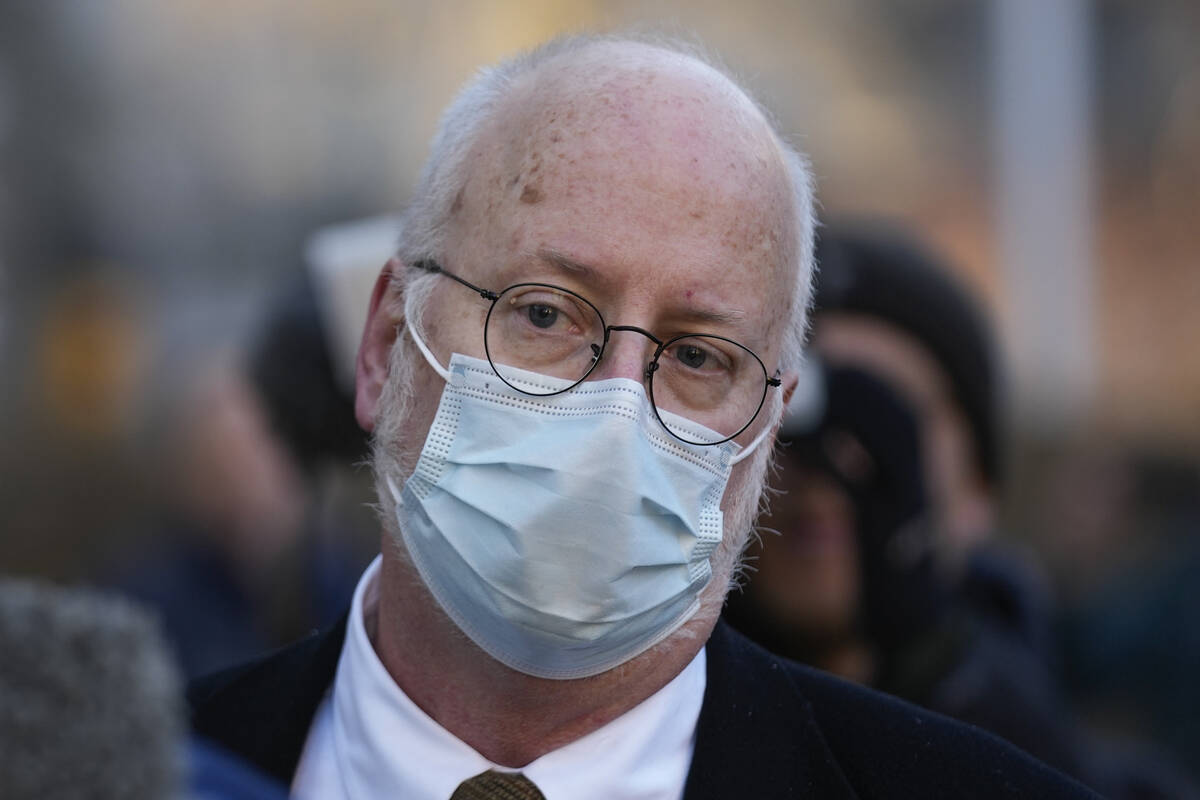 Robert Hadden leaves the federal courthouse in New York on Tuesday, Jan. 24, 2023. Hadden, a gynecologist, was convicted of federal sex trafficking charges Tuesday, after nine former patients told a New York jury how the doctor they once trusted attacked them sexually when they were most vulnerable. (AP Photo/Seth Wenig) 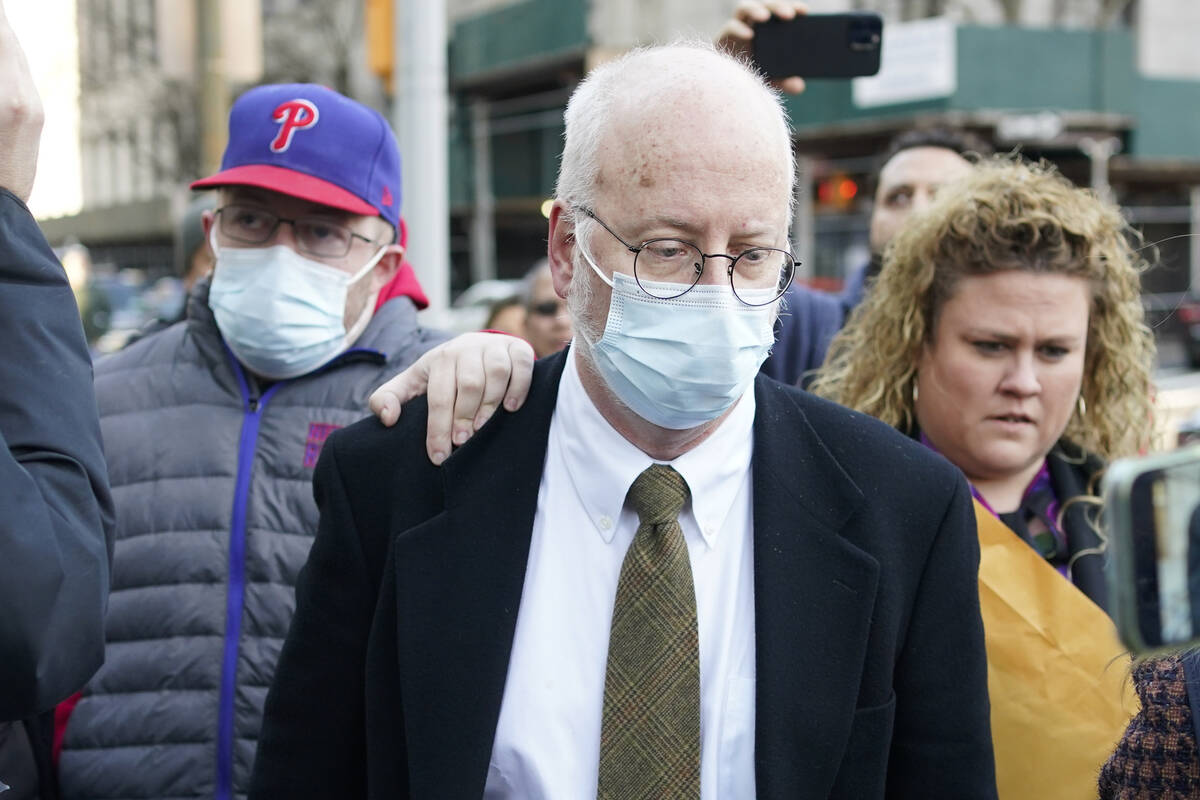 Robert Hadden, center, leaves the federal courthouse in New York on Tuesday, Jan. 24, 2023. Hadden, a gynecologist, was convicted of federal sex trafficking charges Tuesday, after nine former patients told a New York jury how the doctor they once trusted attacked them sexually when they were most vulnerable. (AP Photo/Seth Wenig) 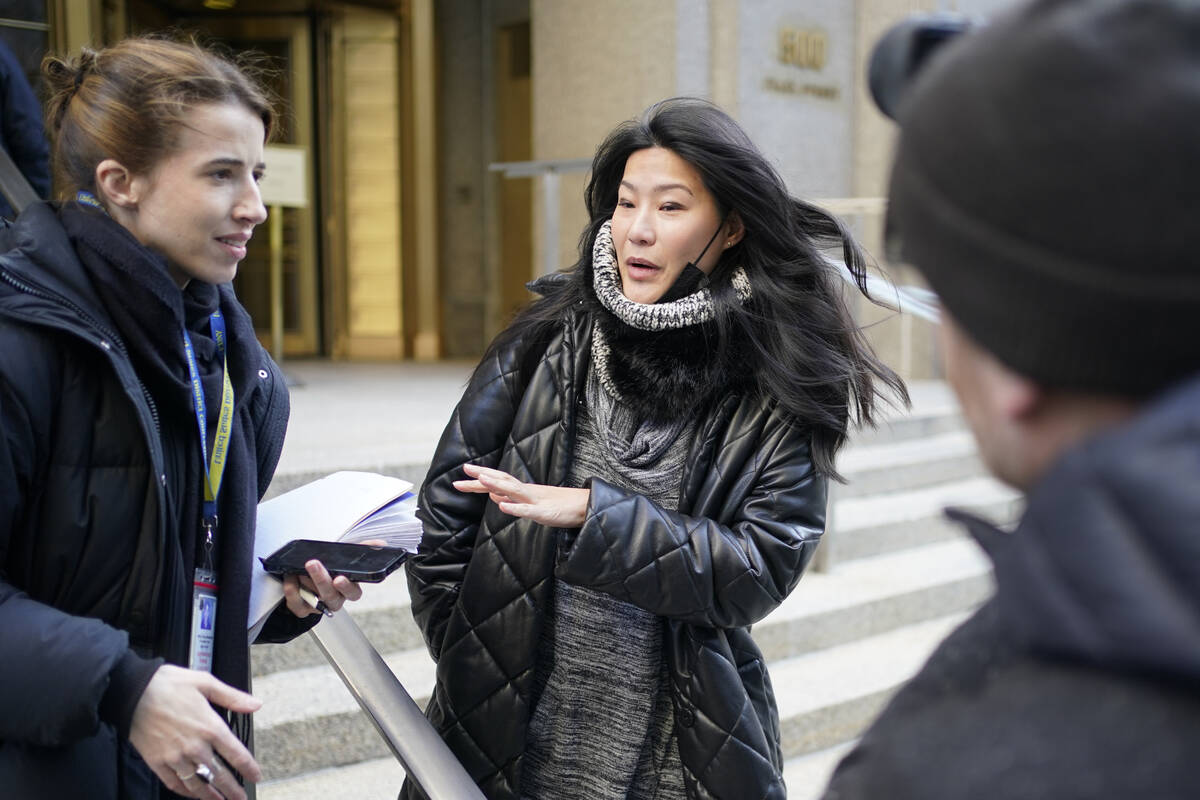 Evelyn Yang, center, a former patient of Dr. Robert Hadden, speaks to reporters following Hadden's conviction in federal court in New York on Tuesday, Jan. 24, 2023. Hadden, a gynecologist, was convicted of federal sex trafficking charges Tuesday, after nine former patients told a New York jury how the doctor they once trusted attacked them sexually when they were most vulnerable. (AP Photo/Seth Wenig) 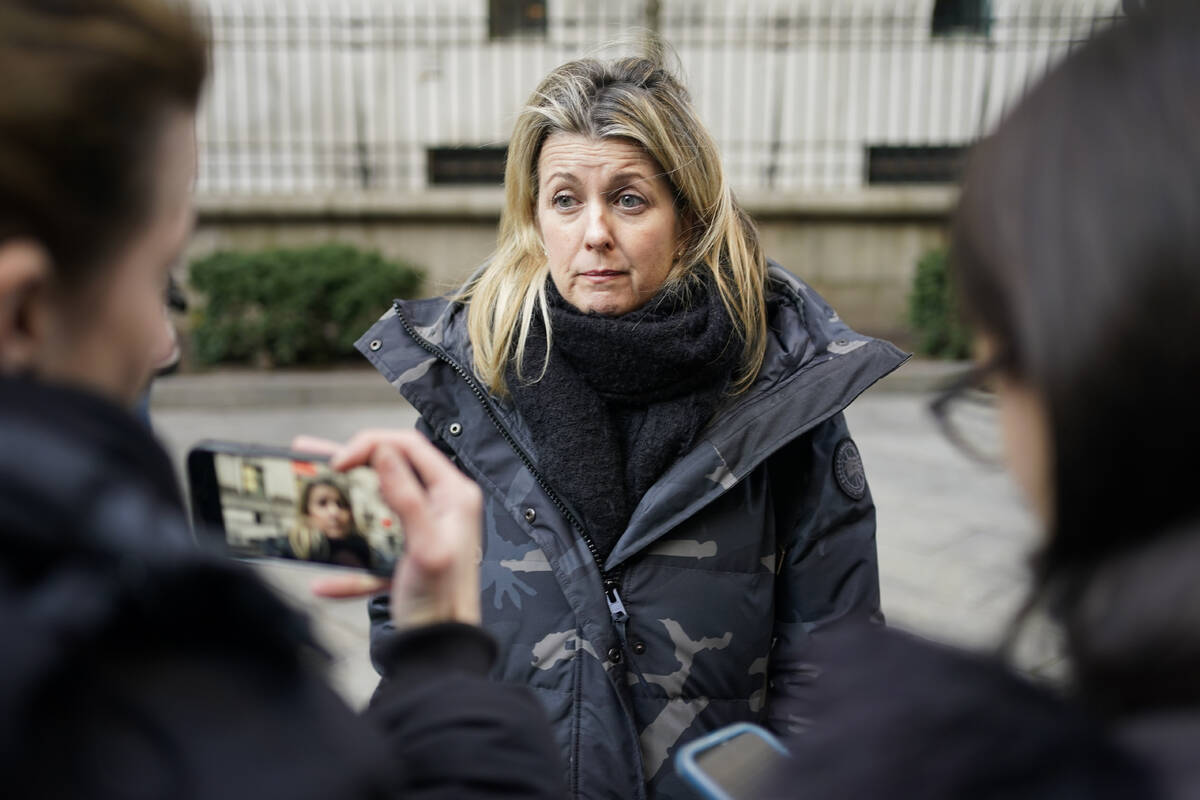 Laurie Kanyok, a former patient of Dr. Robert Hadden, speaks to reporters following Hadden's conviction in federal court in New York on Tuesday, Jan. 24, 2023. Hadden, a gynecologist, was convicted of federal sex trafficking charges Tuesday, after nine former patients told a New York jury how the doctor they once trusted attacked them sexually when they were most vulnerable. (AP Photo/Seth Wenig)

NEW YORK — A gynecologist accused of molesting hundreds of patients during a decadeslong career was convicted of federal sex crime charges Tuesday in a victory for accusers who were outraged when an initial state prosecution resulted in no jail time.

Robert Hadden, 64, of Englewood, New Jersey, was convicted after less than a day of deliberations at a two-week trial in which nine former patients described how he abused them sexually during examinations, when they were most vulnerable.

The New York Times reported that the case stemmed from assaults against four patients who traveled from Nevada, New Jersey and Pennsylvania for appointments.

Outside the courthouse after the verdict, women who were among Hadden’s victims expressed relief at his conviction and said they were eager to see him start serving time.

“This is such a victory for all of us,” said Evelyn Yang, whose husband, Andrew Yang, ran unsuccessfully as a Democrat for president in 2020 and for New York City mayor in 2022. She said Hadden sexually assaulted her years ago when she was seven months pregnant.

“It’s also validating. The jury came back with their verdict so quickly. And he was found guilty on all counts. That just, I think, leaves no doubt in anyone’s mind that he was a serial predator who deserves to be imprisoned,” she said.

Hadden, who is subject to electronic monitoring and was free on $1 million bail, declined to comment as he left the courthouse.

He may not be free for long. Judge Richard M. Berman declined a request by a prosecutor and 10 victims that Hadden be immediately jailed, but set a hearing next week to further consider the matter.

Sentencing was set for April 25.

Hadden’s conviction in federal court on four counts of enticing victims to cross state lines so he could sexually abuse them carries a potential penalty of decades in prison.

That’s a much tougher potential punishment than Hadden received when he initially pleaded guilty in state court in 2016 to allegations involving a smaller number of women. His plea deal with the Manhattan District Attorney’s Office required him to surrender his medical license but didn’t require any jail time.

“People are mystified,” Berman said in court, citing the success Hadden has had at avoiding prison. “There is a feeling that somehow or another he skirts the process.”

Hadden worked at two prestigious Manhattan hospitals — Columbia University Irving Medical Center and New York-Presbyterian Hospital — until complaints about his attacks shut down his career a decade ago.

The institutions have already agreed to pay more than $236 million to settle civil claims by more than 200 former patients.

At trial, Hadden’s lawyers did not contest that he molested patients. They said his state court plea covered those crimes and that federal charges alleging patients from New Jersey and Nevada crossed state lines to be sexually abused were inappropriate since he didn’t know where they came from.

After the verdict, Assistant U.S. Attorney Jane Kim argued that Hadden should be immediately jailed as a risk to flee and a danger to the community.

To support the prosecution’s argument for immediate detention, eight former patients spoke of the lasting harm the doctor caused them and Kim read statements from two more victims.

One woman said she became a Hadden patient because she was friends with his niece. She said he would talk about his niece even while he molested her.

“This conviction helps a lot,” said another woman who first became a patient in 1993 and went to Hadden for nearly 20 years.

Another woman said she went to see him when she was 21 years old. She said he groomed her for abuse by telling her he would provide free birth control and would serve as her dermatologist, insisting that she be completely naked for full-body checks at every appointment.

One woman who spoke at the hearing said it was the first time she’d spoken publicly of her abuse. She said Hadden put his fist inside her for no medical purpose two days before she delivered a child.

“The pain that happened that day was more painful than childbirth,” she said. She called him a “sociopath who needs to be behind bars as soon as possible.”

“Get rid of him now!” demanded another former patient.

The last woman to speak said she was a 20-year-old virgin and of an orthodox religious faith when she first went to Hadden. She said Hadden was so invasive at her first appointment when she was seeking birth control that she bled.

“I didn’t bleed on my wedding night,” she said.

As the women spoke, Hadden — wearing a mask to protect against the coronavirus — sat next to his wife and occasionally rubbed her arm. At other times, he fidgeted with his hands.

Hadden’s lawyer, Deirdre Von Dornum, said he wouldn’t flee and had a perfect record while on bail. She said he was not a danger to the community either.

The Associated Press generally withholds the names of sexual abuse victims from stories unless they have decided to tell their stories publicly, which Yang and others have done.

After the verdict, U.S. Attorney Damian Williams issued a statement calling Hadden “a predator in a white coat.”

“For years, he cruelly lured women who sought professional medical care to his offices in order to gratify himself. Hadden’s victims trusted him as a physician, only to instead become victims of his heinous predilection,” he said.