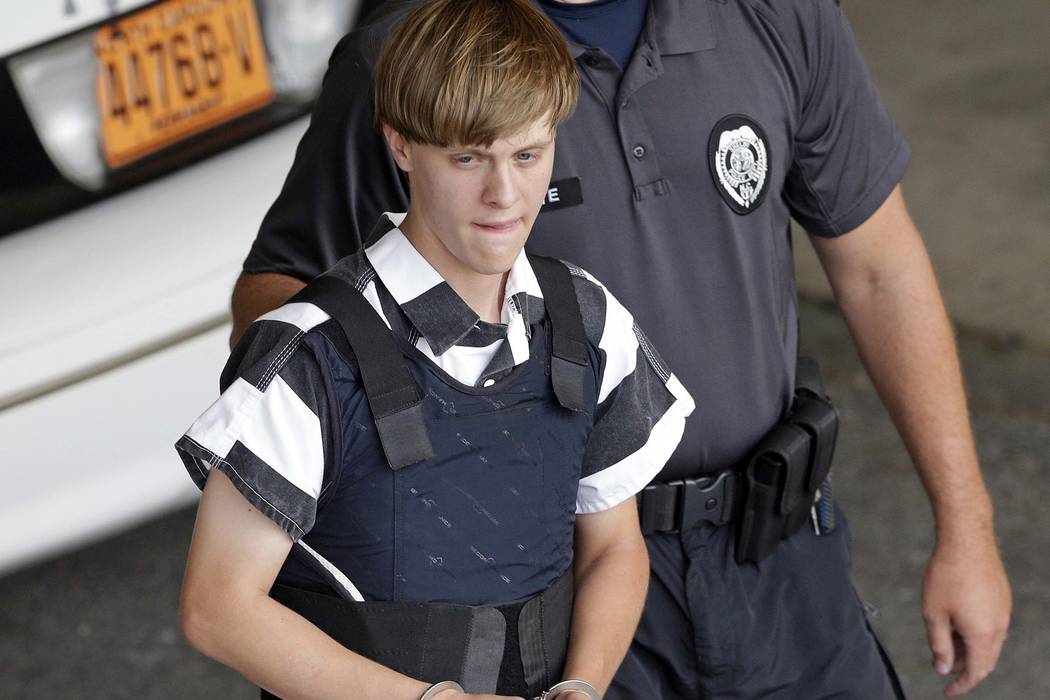 RICHMOND, Va. — White supremacist Dylann Roof on Tuesday appealed his convictions and death sentence in the 2015 massacre of nine black church members in South Carolina, arguing that he was suffering from schizophrenia and other psychological disorders when he represented himself at his capital trial.

In a legal brief filed with the 4th U.S. Circuit Court of Appeals in Richmond, Roof’s lawyers said that when a judge allowed him to represent himself during the penalty phase of his federal trial, he was a 22-year-old ninth-grade dropout “who believed his sentence didn’t matter because white nationalists would free him from prison after an impending race war.”

Roof’s appellate lawyers said Roof fired his trial lawyers to prevent evidence of his mental illness from being presented to the jury. They argued that because of the court’s “rush to move the case along,” the jury never heard any mitigating evidence.

“Roof’s crime was tragic, but this Court can have no confidence in the jury’s verdict,” Roof’s attorneys argued.

Roof became the first person to be ordered executed for a federal hate crime when he was sentenced to death for fatally shooting nine black church members at Emanuel AME Church in Charleston, South Carolina, on June 17, 2015.

Prosecutors said he specifically chose Emanuel AME, the South’s oldest black church, to carry out the massacre. After he was arrested, Roof told FBI agents that he wanted the shootings to bring back segregation or perhaps start a race war.

The jury’s verdict came after a trial in which the avowed white supremacist did not show any remorse or attempt to fight for his life. Roof served as his own attorney during the sentencing phase and never explained why he committed the massacre.

Roof asked jurors to forget anything they’d heard from his legal team about his mental state, declaring, “there’s nothing wrong with me psychologically.”

“I still feel like I had to do it,” Roof said in his closing argument.

“Anyone who hates anything in their mind has a good reason for it.”

Prosecutors told the jury that Roof walked into the church and sat with the Bible study group for about 45 minutes, then opened fire during the final prayer, when everyone’s eyes were closed.

The jury convicted Roof of 33 federal charges, including hate crimes.

The massacre prompted South Carolina to remove the Confederate flag from its Statehouse for the first time in more than half a century. Roof had posed with the flag in photos.

The slain included the Rev. Clementa Pinckney, the church’s pastor and a state senator; a high school track coach; the church sexton; a librarian; and an aspiring poet.