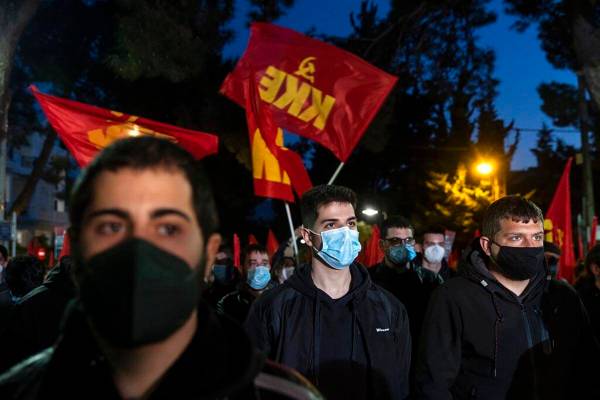 Supporters of the Greek Communist party stage a protest against the Russian invasion of Ukraine, in front of the Russian embassy in Athens, on Friday, Feb. 25, 2022. Russian troops bore down on Ukraine’s capital Friday, with gunfire and explosions resonating ever closer to the government quarter, in an invasion of a democratic country that has fueled fears of wider war in Europe and triggered worldwide efforts to make Russia stop. (AP Photo/Yorgos Karahalis)