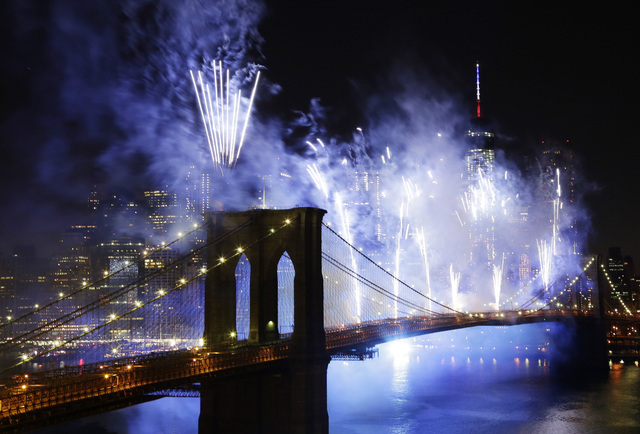 Fireworks light up the sky above the Brooklyn Bridge during the Macy's Annual Fourth of July fireworks show, Friday, July 4, 2014, in New York. (AP Photo/Mark Lennihan) 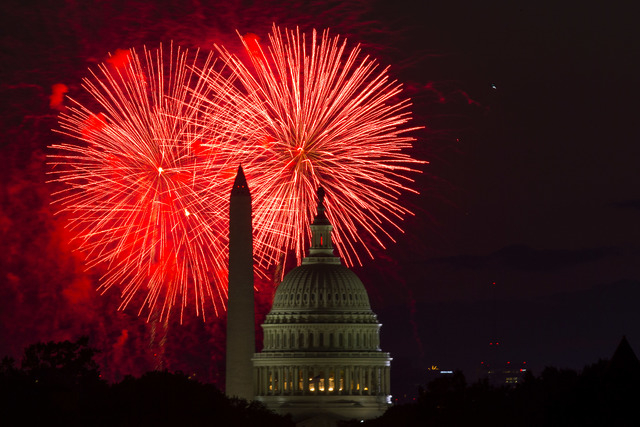 Fireworks illuminate the sky over the U.S. Capitol building and the Washington Monument during Fourth of July celebrations, on Friday, July 4, 2014, in Washington. (AP Photo/ Evan Vucci) 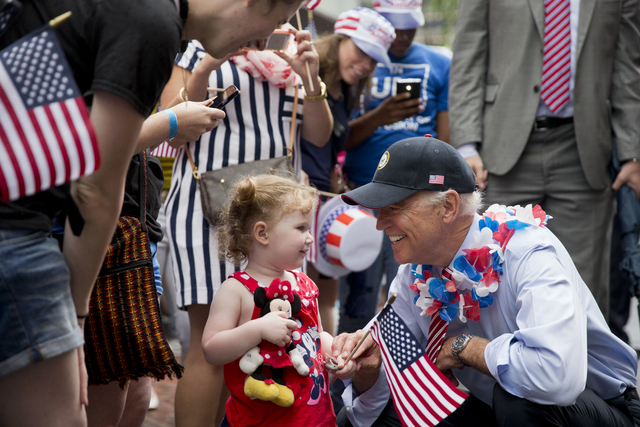 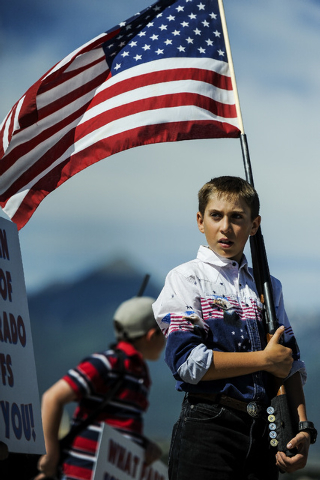 J.P. Thornsley, 12, carries a U.S. flag in the barrel of his 20-gauge shotgun as he leads about 250 gun rights advocates in an open carry demonstration during the Independence Day parade in Westcliffe, Colo. on Friday, July 4, 2014. (AP Photo/The Gazette, Michael Ciaglo)

The United States marks 238 years as an independent nation as it celebrates the Fourth of July with fireworks, food and music. Nature and politics also play a role this year, with Hurricane Arthur crashing holiday parties along the East Coast and subdued festivities in Moscow amid growing anti-American sentiment over the crisis in Ukraine. Here are some highlights of Independence Day celebrations across the globe:

FIRE IN THE SKY

Tens of thousands of people crammed the narrow cobble stone streets of a landmark seaport and the closed lanes of a riverfront highway to watch the Macy’s Fourth of July fireworks show in New York City.

A brilliant 25-minute show of reds, whites and blues lit up the sky from three barges on the East River, sandwiched between Brooklyn and lower Manhattan — and even some from the Brooklyn Bridge itself.

Macy’s says more than 1,600 shells were launched per minute during the display. It’s the nation’s largest Fourth of July fireworks celebration.

One World Trade Center marked the holiday by lighting its 400-foot antenna red, white and blue.

Other major fireworks shows were being held in Chicago on Lake Michigan and in San Francisco over the bay.

The first hurricane of the season, Arthur, forced many East Coast cities to switch the dates of their Fourth of July celebrations. Boston officials moved the annual Boston Pops July 4 concert and fireworks from Friday to Thursday. Then they cut short the concerts so the fireworks could begin. Shortly after the dazzling display thundered to a close, a drenching rain began falling. Meanwhile, several cities in Maine, New Hampshire and New Jersey moved their fireworks shows to either Saturday or Sunday. Augusta, Maine, moved its fireworks to Aug. 2.

When it crossed North Carolina’s Outer Banks late Thursday, Arthur narrowly missed becoming the first hurricane to make landfall on July Fourth, according to National Hurricane Center research that dates to the 1850s.

In Phoenix, the first dust storm of the summer arrived with blinding winds that forced the cancellation of holiday plans, knocked out power and grounded flights.

In Washington, composer John Williams debuted a new arrangement of “The Star-Spangled Banner” featuring choirs, trumpets, an orchestra and cannons on the National Mall.

This year marks the 200th anniversary of the national anthem. Francis Scott Key was inspired by the sight of the flag over Baltimore’s Fort McHenry in September 1814 after a 25-hour British bombardment.

A fireworks display set against the Washington Monument electrified the night sky, along with the screens of thousands of smartphones in the hands of onlookers poised to snap photos for their friends and family who couldn’t make it to annual the Independence Day celebration in the nation’s capital.

Earlier, thousands of people celebrated the Fourth in the nation’s capital under clear skies, despite initial fears rain could ruin their fun. Visitors to the Mall gazed at the White House and the Washington Monument and strolled through the Smithsonian Folklife Festival, which featured food, music and cultural demonstrations.

GLUTTONY ON THE FOURTH

Vice President Joe Biden, addressing the annual “Celebration of Freedom” ceremony at Independence Hall, said the lessons of the civil rights movement show that the struggle for freedom that began in Philadelphia more than two centuries ago is not over.

Julie Buchanan, treasurer of Democrats Abroad, planned to celebrate at a Toronto bar with red, white and blue sparklers, about 125 of her American ex-pat friends, and life-size cut-outs of President Barack Obama and the first lady.

“We really miss the patriotism of America; so many of us crave that sense of pride and camaraderie from back home,” said Buchanan, an Alabama native who moved to Toronto from Memphis, Tennessee, in 2000.

The national anthems of both Russia and the United States played at the traditional July 4 garden party held at the stately residence of the American ambassador in Moscow. But far fewer Russians than usual came, either because they were unwilling to be seen associating with American diplomats or because their anti-American statements had gotten them scratched off of the guest list.

The other big Independence Day party in Moscow, organized by the American Chamber of Commerce, takes place Sunday and, in a break from tradition, is being held at a private golf and polo club instead of a city park. Security appears to have been a concern for the change.