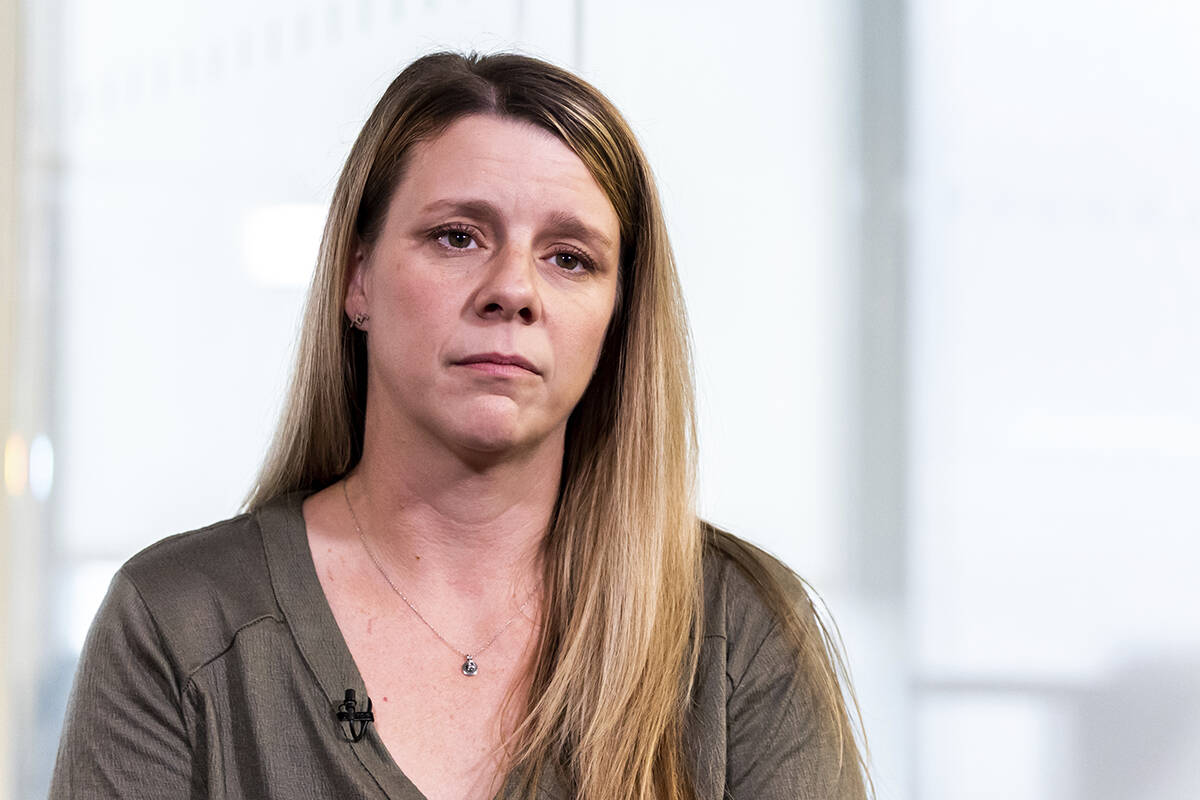 FILE - Gabby Petito's mother Nichole Schmidt speaks during an interview with The Associated Press, on Aug. 1, 2022, in New York. The family of Gabby Petito filed a notice of claim Monday, Aug. 8, 2022, of plans to file a wrongful death lawsuit against the tourist town of Moab, Utah, over police officers' handling of an encounter with Petito and her boyfriend weeks she was found dead in Wyoming. (AP Photo/Julia Nikhinson, File)

SALT LAKE CITY — Gabby Petito’s family on Monday notified Utah officials of plans to file a wrongful death lawsuit alleging that police failed to recognize their daughter was in a life-threatening situation last year when officers investigated a fight between her and her boyfriend. The fight happened weeks before authorities say the boyfriend killed her while the couple was on a cross-country van trip.

The notice of claim contends police in the tourist town of Moab missed signs that Petito was the victim of domestic violence at the hands of Brian Laundrie on Aug. 12, 2021. The officers ultimately allowed the couple to leave after requiring them to spend a night apart.

Police body camera video from that day showing Petito, 22, visibly upset was widely viewed as the investigation unfolded and raised questions about whether a different police response could have prevented her death.

“If the officers had been properly trained and followed the law, Gabby would still be alive today,” said attorney James McConkie in a statement announcing the filing of the notice of claim.

Notices of claims are required before people can sue government entities and the family’s claim said that the lawsuit will seek $50 million in damages.

Moab officials did not immediately respond to phone and email messages Monday seeking comment about the claim.

Petito was reported missing a month after that traffic stop, and her strangled body was discovered on Sept. 19 on the edge of Grand Teton National Park in Wyoming.

Laundrie, 23, later killed himself in Florida after being named the only person of interest in her death. Petito and Landrie were originally from Long Island, New York.

The search for Petito drew worldwide attention, spurring a mateur sleuths to scour social media for clues. It also brought scrutiny of authorities and the news media, both of which have been criticized for focusing more attention on missing white women than on women of color.

Earlier this year, an independent investigation found that police in Moab made “several unintentional mistakes” when they came across Petito and Laundrie.

In the report, police said it was very likely that Petito “was a long-term victim of domestic violence, whether that be physically, mentally, and/or emotionally.”

Laundrie killed himself in a Florida swamp, leaving behind a notebook that authorities said contained a confession.

Petito’s mother, Nichole Schmidt, spoke about her daughter last week while announcing a $100,000 donation from the Gabby Petito Foundation to partner with the National Domestic Violence Hotline to help others survive turbulent and violent relationships.

Schmidt told The Associated Press in an interview last week that she still has many unanswered questions about what went wrong.

“Looking back, I didn’t really see any signs. I think the only two people that will ever know what happened in that relationship was Gabby and Brian. And we can guess and we can make assumptions but we don’t really know what happened,” she added. “Most likely the scenario ended that way because something was happening for a while.”