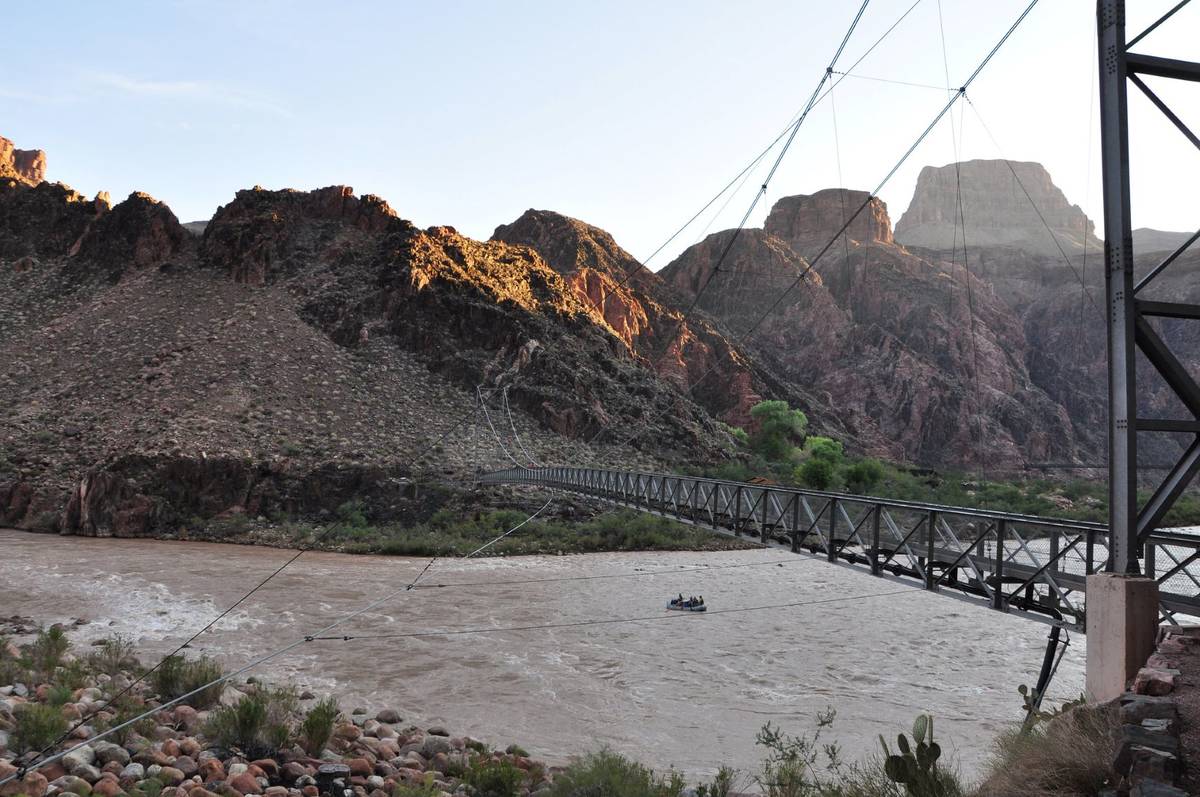 Boaters on the Colorado River pass under the Silver Bridge while getting an early start on their day's journey. (Erin Whittaker/National Park Service)

A popular suspension bridge at the bottom of the Grand Canyon has reopened, the National Park Service said.

In a statement released Friday, the service said the Silver Bridge has reopened to “all foot traffic following a formal structural assessment.”

The bridge, which crosses the Colorado River along the Bright Angel Trail, was built in the late 1960s, according to park officials. The bridge connects the famous trail to Phantom Ranch and the North Rim. Only hikers are allowed to cross the suspension bridge.

Last weekend, the bridge was closed to “all foot traffic due to structural safety concerns.”

The service said that in the past week, a trail crew “performed immediate stabilization work to the bridge. Structural engineers from the Federal Highway Administration also performed a site assessment of the Silver Bridge and deemed it safe for pedestrian use. Routine maintenance of this light suspension bridge will be completed in the coming months, with routine maintenance for future years.”

News Release: 9/11/2020
The Silver Bridge has reopened to all foot traffic following a formal structural assessment. The bridge, which crosses the Colorado River along Bright Angel Trail is located at the bottom of the Grand Canyon near Phantom Ranch. https://t.co/UBm7nxW5Eg pic.twitter.com/FzDZtM3BAF