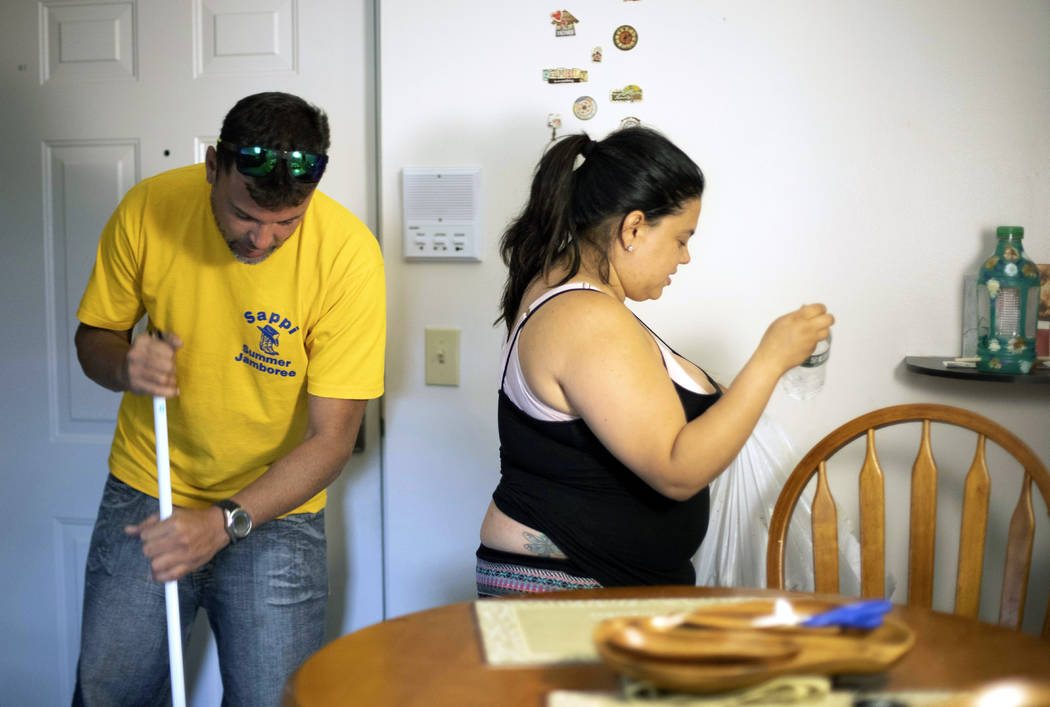 In this Aug. 2, 2019 photo, Ashlyn Gonzales, right, and her longtime partner Emanuel Rivera clean their condo after work in Portland, Conn. In the months after Hurricane Maria destroyed her home in Puerto Rico, Gonzales moved to Connecticut, where federal and state aid helped her and Rivera avoid homelessness. But aid at both levels has just about dried up, leaving Gonzales and many like her wondering what they are going to do next. (AP Photo/Chris Ehrmann) 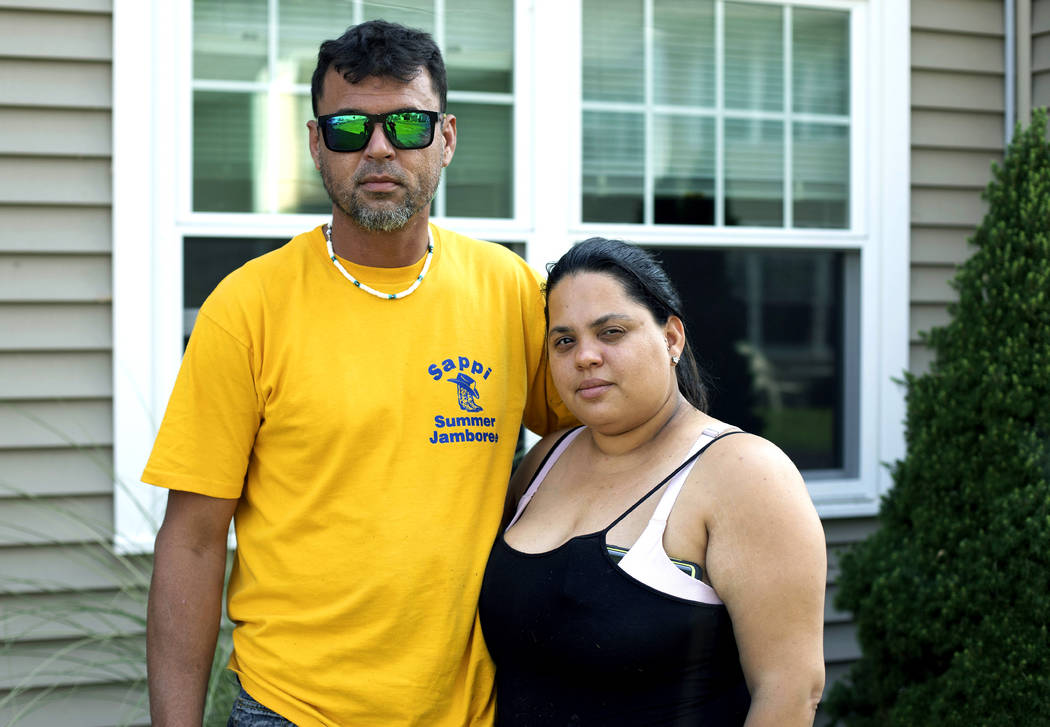 In this Aug. 2, 2019 photo, Ashlyn Gonzales, right, and her longtime partner Emanuel Rivera pose outside their condo in Portland, Conn. In the months after Hurricane Maria destroyed their home in Puerto Rico, the couple moved to Connecticut, where federal and state aid helped them avoid homelessness. But aid at both levels has just about dried up, leaving the pair and many like them wondering what they are going to do next. (AP Photo/Chris Ehrmann)

HARTFORD, Conn. — In the months after Hurricane Maria destroyed her home in Puerto Rico, Ashley Gonzales moved to Connecticut, where federal and state aid helped her and her longtime partner avoid homelessness.

But aid at both levels has just about dried up, leaving Gonzales and many like her wondering what they are going to do next.

Connecticut, which saw over 13,000 people arrive from the U.S. Caribbean territory after the hurricane hit in September 2017, was unique in providing almost a million dollars in aid to help families after the Federal Emergency Management Agency’s support ran out last year.

The supplementary state aid fund, overseen by the Connecticut Coalition to End Homelessness, drew upon $600,000 in state money allocated by the state legislature and more than $338,000 provided by private donors. Nearly all of it has been spent, administrators said.

“The funding given was vital for me and allowed me not to become homeless,” Gonzales said in Spanish, adding neither she nor her partner want to go back to Puerto Rico.

Over 1,200 people in Connecticut have been helped through the multi-organizational response to the hurricane, said Richard Cho, executive director of the coalition. But he said more needs to be done as families continue relocating amid a political and economic crisis in Puerto Rico.

“I think Connecticut may be one of the only states though that kind of picked up the ball where FEMA left off,” Cho said. “(It was) really unique to mobilize a number of partners, bring together government and the private sector and the nonprofit sector to develop a state-specific response.”

Some have questioned the need for the aid money. State Sen. Rob Thompson, a Republican who voted against legislation allocating money to the organizations, said he had concerns about how to ensure the money was spent appropriately.

The state aid had helped with more than rent — it was a means of paying car repairs, and other expenses that pile on top of the cost of housing.

Gonzales chose to live in Connecticut because of its large Puerto Rican population, including her cousin. She and her partner currently live in a disability housing community in Portland, Connecticut. Gonzales was originally put up in a hotel — like many evacuees across the country — through the federal aid. Once it ran out, she found temporary housing at a church before connecting with a community leader who helped them get the state funding.

Gonzales and her partner worry about their situation in the future because both are disabled and don’t speak English.

Lydia Velez-Herrera, who has been working as an intermediary between the coalition and the Puerto Rican families receiving funding, said “a lot of people are just trying to survive and avoid that eviction.”

“Some people are just holding off eviction for two or three months,” Velez-Herrera said.

Brenda Viera moved to Connecticut from Puerto Rico with her partner Johnny Maldonado because of the environment and increasing instability on the island, coupled with the resignation of Governor Ricky Rossello in early August. She thanked Velez-Herrera for helping because the aid got them into a one-bedroom apartment in Hartford, making it easier for them to find jobs.

“We would be hungry right now, we see people that are homeless,” Viera said in Spanish, “without this money … we would be in the same circumstances, we would be walking in their shoes. We can say we can get up early and go to work.”

Chris Ehrmann is a corps member for Report for America, a nonprofit organization that supports local news coverage in a partnership with The Associated Press for Connecticut. The AP is solely responsible for all content.