Iran reported its single biggest jump in deaths from the new coronavirus on Wednesday, saying that another 147 had died in a nearly 15% spike that raises the death toll to 1,135 people nationwide.

It marks the biggest 24-hour rise in deaths since officials first acknowledged cases of the virus in Iran in mid-February.

The rise in deaths comes as the number of cases continues to grow each day, with some 17,361 people having been infection nationwide, according to a briefing Wednesday by Iran’s deputy health minister, Alireza Raisi.

The outbreak has cast a shadow over the Persian New Year, Nowruz, a normally joyous holiday that begins on Friday. Health officials have urged the public to avoid travel and crowded places. But many seem to be ignoring the warnings, raising the risk of further outbreaks.

Some food markets in the capital, Tehran, were still packed on Wednesday, and highways were crowded with traffic as families traveled between cities. Iran also announced it would close mosques for communal Friday prayers for a third consecutive week. Other Muslim countries, including Saudi Arabia, Kuwait and the United Arab Emirates have also cancelled Friday prayers in mosques.

Raisi criticized people for not adhering to the warnings, saying on national television the virus is very serious. “This is not a good situation at all,” he said as he implored people to stay home.

Iran’s President Hassan Rouhani on Wednesday defended his government’s response to the coronavirus outbreak in the face of of widespread criticism that officials acted too slowly and may have even covered up initial cases before infections rapidly spread across the country.

In a speech to his Cabinet, Rouhani said the government was “straightforward” with the nation, saying it announced the outbreak as soon as it learned about it on Feb. 19.

“We spoke to people in a honest way. We had no delay,” he added.

The Johns Hopkins Center for Systems Science and Engineering’s online tally showed 201,436 cumulative cases by 3:13 a.m. PST on Tuesday, with 82,032 listed as recovered.

The countries with the most confirmed cases were China, Italy, Iran, Spain and Germany.

The countries with the most confirmed deaths were China, Italy, Iran, Spain and France.

No one knows how long it will last or how much it will hurt. But the U.S. economy is either sliding into a recession for the first time since 2009 or is already in one — a sudden victim of the coronavirus outbreak.

The vast changes deemed necessary to defeat the virus — people and companies no longer engaging with each other — are bringing everyday business to a halt and likely delivering a death blow to the longest economic expansion on record.

The interplay between the outbreak and the steps meant to vanquish it reveals a cruel paradox: The faster and more painfully that ordinary economic life shuts down, the faster the health crisis can be solved and the faster people and businesses may gain the confidence to return to normal life. Conversely, a prolonged period of fighting the virus would delay an economic rebound and imperil many small businesses.

Much, too, will depend on how swiftly and aggressively the Federal Reserve, Congress and the Trump administration deliver financial aid to tens of millions of economic victims — from hourly workers with no more income to suddenly furloughed employees to businesses with loans to pay but no customers. Solving the health crisis by shutting down the economy, though, will have to come first.

The “Lockdown Paradox,” he calls it.

Congressional leaders are resisting calls to let lawmakers vote remotely, a dispute pitting the scourge of the coronavirus against two centuries of tradition that underscores Washington’s struggle to adapt to recommendations that evolve daily about how to handle the pandemic.

Advocates of the voting change cite the health perils of air travel at a time when health experts want people to avoid crowds. They argue that as infections spread, it may become all but impossible for many lawmakers to journey to the Capitol because of the growing risk of getting the virus.

“There was a time when physical presence was the only way to make sure that a person was present and voting,” No. 2 Senate Democratic leader Dick Durbin, D-Ill., said Tuesday. “I think that technology gives us other options and we better exercise them.”

Senate Majority Leader Mitch McConnell, R-Ky., put his foot down firmly against letting senators vote electronically from wherever they might be.

“We’ll not be doing that,” McConnell told reporters in a Capitol TV studio in which the number of reporters was limited to reduce the risk of spreading the virus. He suggested his chamber might extend roll call votes beyond the traditional 15 minutes and allow senators to vote in small groups, rather than all at once.

“We will deal with the social distancing issue without fundamentally changing Senate rules,” McConnell said.

It’s likely “few if any” California schools will reopen before summer break, Gov. Gavin Newsom said Tuesday as he provided a stark assessment of the implications from the spreading coronavirus that threatens to overwhelm the state’s hospitals and drain its spending reserves.

While urging Californians to stay united and promising “we will get back to the life that we have lived,” Newsom also acknowledged much is unknown and so the state is preparing for frightening worst-case scenarios. He put the California National Guard on alert for duties that include humanitarian missions like ensuring proper food distribution and public safety as some grocery stores resorted to rationing to control panic buying.

He said the state is acquiring two vacant hospitals to beef up capacity as it faces the possibility of a surge of hospital patients. California also is negotiating with about 900 hotels to acquire tens of thousands of rooms that could be used for hospital patients and for the homeless, a group particularly susceptible to coronavirus, which is spread by coughs and sneezes.

The virus is affecting every aspect of life in California and is devastating many of the state’s key industries.

With the state’s reserves approaching $21 billion, Newsom said the state has more money in its savings account than ever before. But he warned that “the magnitude of this moment may exceed those reserves.”

The state Legislature approved $1.1 billion in emergency spending Monday and then voted to suspend its session in what is believed to be the first unexpected work stoppage in 158 years. Lawmakers went one step further Tuesday by closing both the Capitol and the Legislative Office Building to the public “until further notice.” 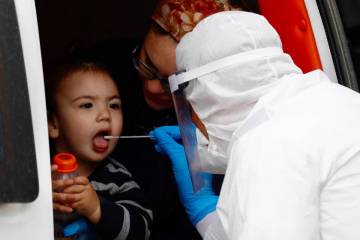 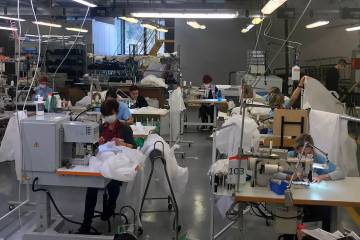 Grandmother in Italy, 102, recovers from coronavirus 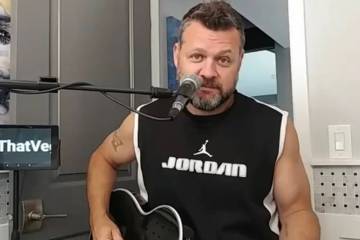 ‘That Vegas Show’ is a freewheeling way to support musicians 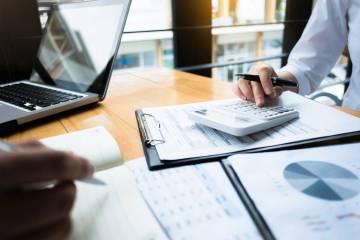 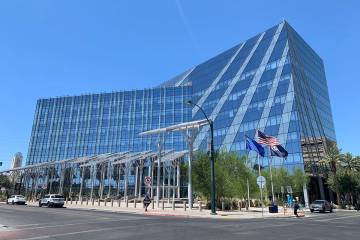 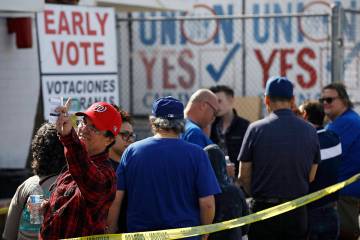 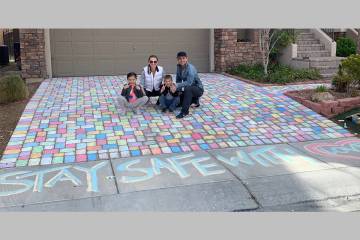 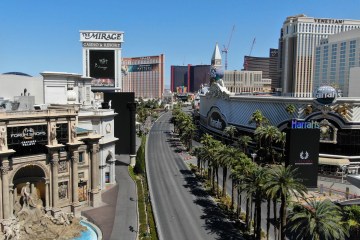 A rare look at an empty Las Vegas Strip 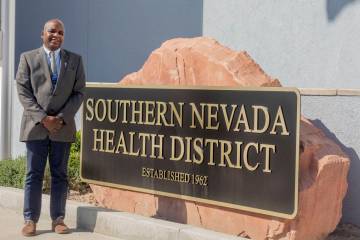 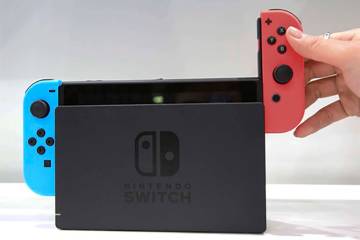 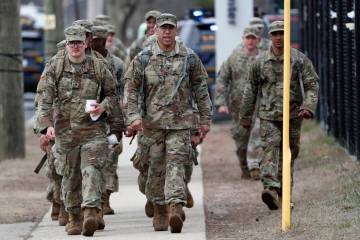 1st US service member dies because of coronavirus 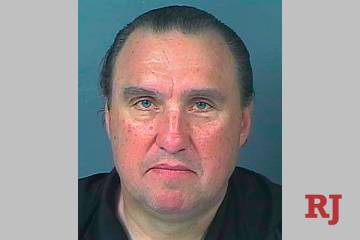 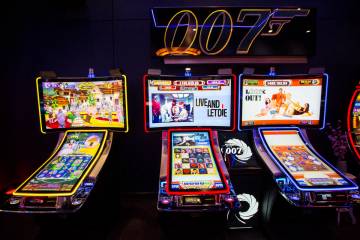 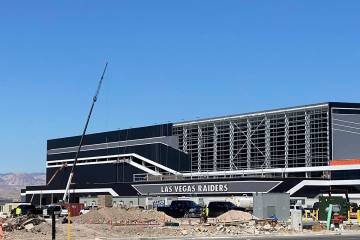 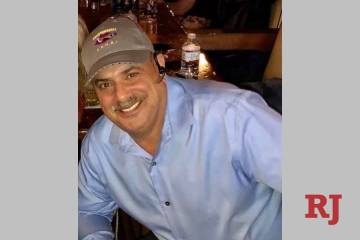 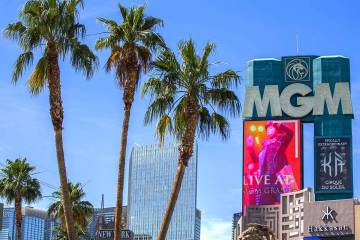 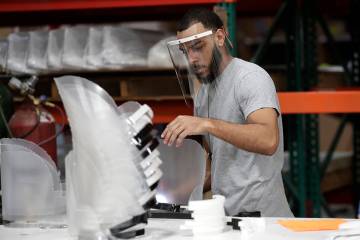 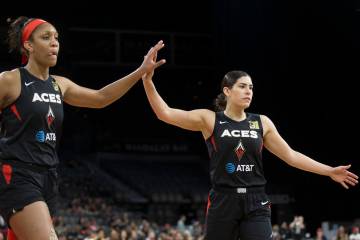 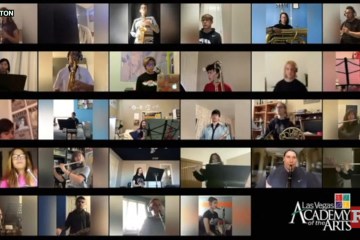 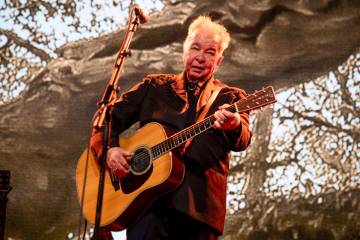