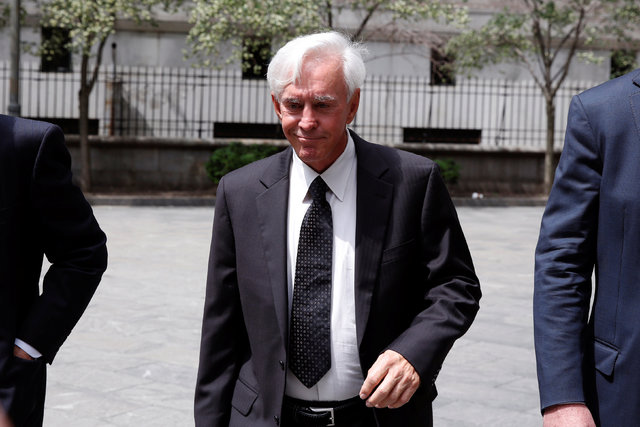 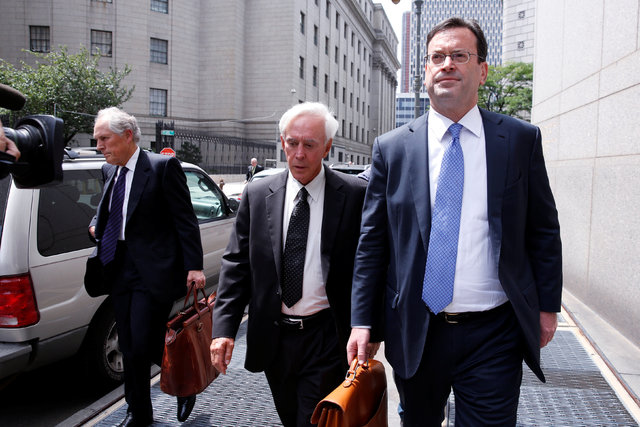 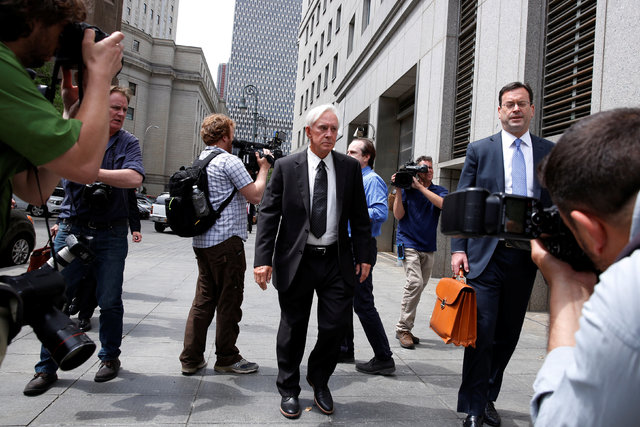 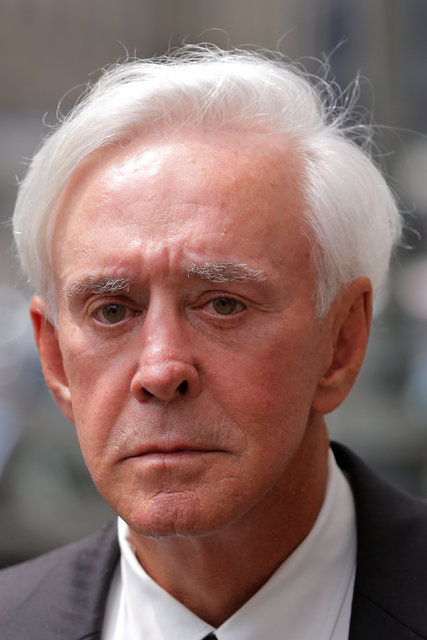 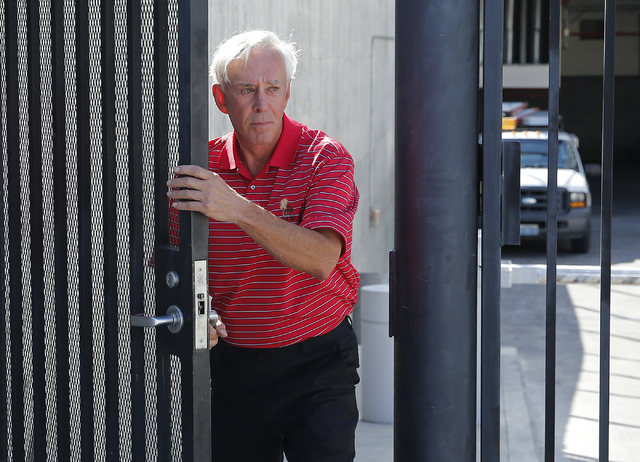 Walters, whose prolific wagers over four decades helped him buy seven homes and a $20 million jet, stood silently as a judge handed down the sentence Thursday in Manhattan federal court.

The judge described Walters as a rich Las Vegas celebrity who sought to exploit his relationship with Davis out of pure greed and a desire to be seen as a winner. The gambler also left a paper trail that made his conviction inevitable.

“Billy Walters is a cheater and a criminal, and not a very clever one,” U.S. District Judge P. Kevin Castel said. “The crime was amateurishly simple.”

Castel said Walters was “fixated on appearing to himself and others to be a winner.”

“Money was a way of keeping score,” Castel said.

Walters made at least $43 million on corrupt tips from Davis. He was convicted on 10 counts of fraud and conspiracy in April after a four-week trial. Jurors rejected attempts by his defense team to blame the scheme on Davis, his former friend and golfing buddy, who pleaded guilty and cooperated with the government.

Walters was also fined $10 million. He was told to report to prison on Oct. 10.

Prosecutors said Walters began trading in 2006 on secrets Davis told him about the nation’s largest processor and distributor of fresh milk, amassing over $40 million in illegal profits through 2014. Davis, who pleaded guilty to charges, testified against Walters at an April trial. He awaits sentencing.

Publicity surrounding the case frequently centered on ties between Walters and pro golfer Phil Mickelson. The government said Mickelson earned nearly $1 million after Walters told him to buy stock in Dallas-based Dean Foods Co. stock in 2012. Mickelson did not testify at the trial.

Walters, who had bragged that he never had a losing year in his career wagering on football and basketball, will leave behind Las Vegas businesses that include golf courses, auto dealerships and car-rental agencies, with total revenue of $500 million in 2013, according to testimony from his company’s controller.

More than 100 friends and supporters wrote letters seeking leniency for Walters, including tennis great Andre Agassi, ex-Senate Majority Leader Harry Reid of Nevada and professional golfers including Jim Colbert and Peter Jacobsen. Defense attorneys have suggested a prison term of about a year — a proposal that prosecutors said would send a message to the investing public that rich defendants can buy their way out of jail.

“There was never a charity in town that we ever turned down,” Walters’ wife, Susan, wrote in her letter to the judge. “There were always hard luck stories from people in Vegas and Bill could never say no. We saved many peoples’ homes, paid for medical care, paid for funerals, paid for educations and school clothes and helped people get back on their feet.”

Reid praised Walters’ generosity toward Opportunity Village, a Las Vegas nonprofit for people with intellectual disabilities. “I do not see see how this man getting probation would, in any way, adversely affect the criminal justice system,” he wrote.

Castel noted “large and splashy displays of philanthropy” by Walters — some likely funded by his crimes — and said he credited him for quiet, under-the-radar gifts that “say something about the man’s character.”

Those included paying medical school costs and buying a car for a student whose car broke down, funding a family vacation and salary for a young employee while his wife was dying and helping another acquaintance make it to his father’s funeral in Romania.

But prosecutors portrayed Walters in sentencing documents as “unrepentant” about his role in the “brazen scheme.” The government also mocked Walters’s bid for leniency on various health-related grounds, saying his physical well-being and age concerns are undermined by his 77 visits to a San Diego golf club since 2014, including three in the last two weeks.

At trial, prosecutors described an old-fashioned insider-trading plot: Davis would tip Walters, Walters would trade on the information and either make a profit or avoid a loss. The prosecutors claimed Walters would call Davis’s disposable phone — a so-called Bat Phone, which Davis claimed he eventually tossed into a creek behind his home.

Davis, Walters’s friend for more than 20 years, was the government’s star witness. He said he passed on information because Walters provided him with loans of almost $1 million that he needed to pay off gambling debts, cover failed investments and finance a bitter divorce.

Given the opportunity to speak, Walters barely said anything beyond thanking the judge for reading everything submitted on his behalf.

After being sentenced, a smiling Walters hugged his wife and others while politely declining comment as he left court.