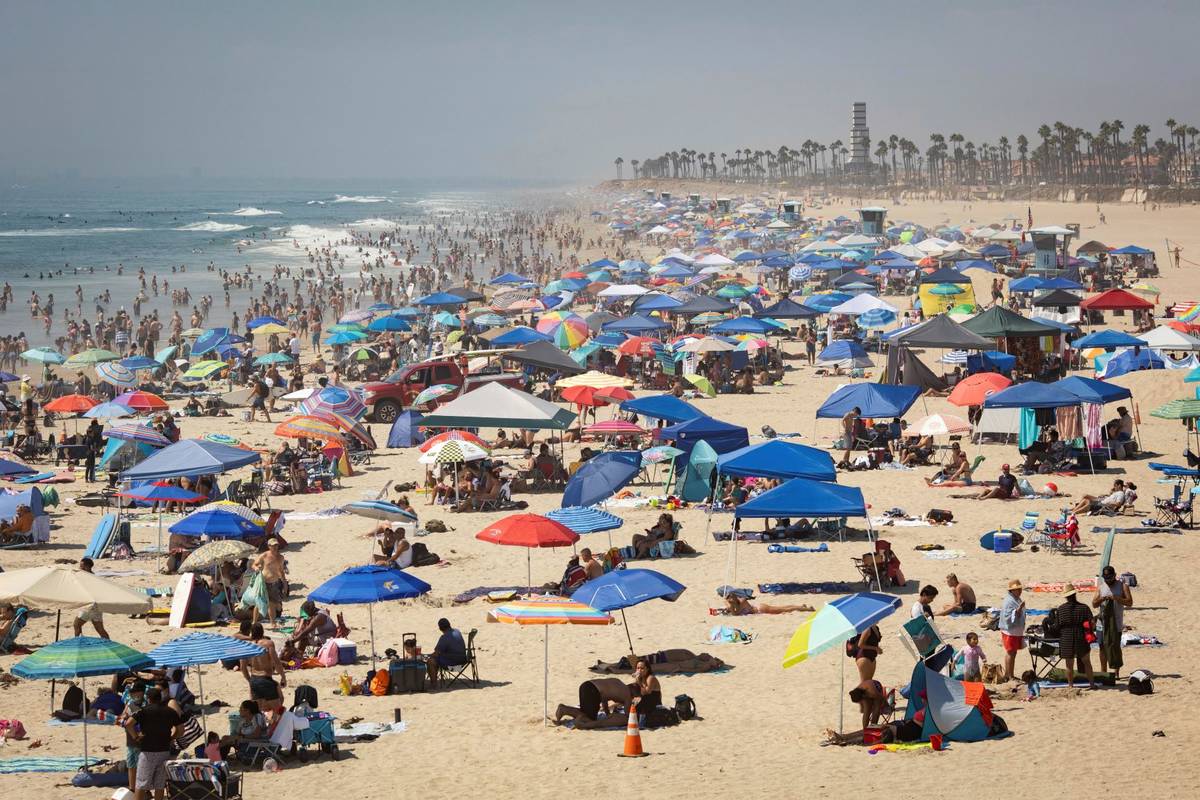 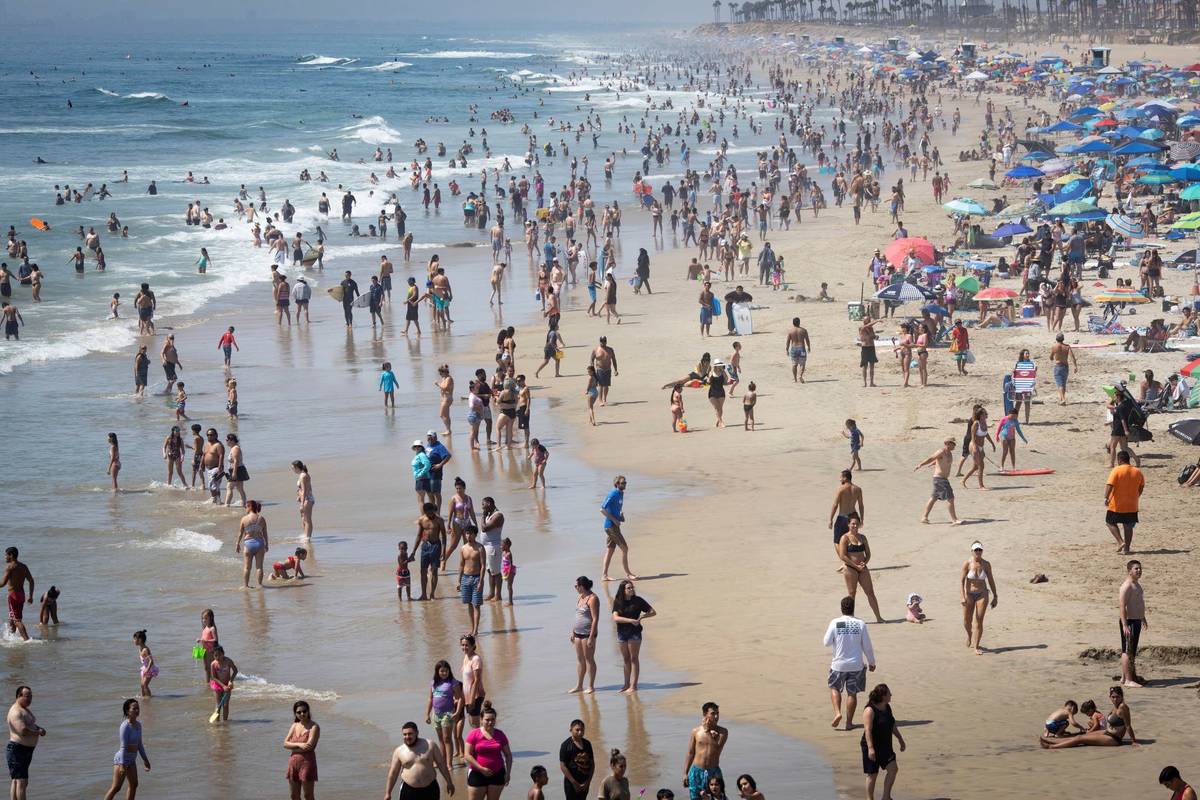 People are seen at the beach during a heat wave, Sunday, Sept. 6, 2020, in Huntington Beach, Calif. (AP Photo/Christian Monterrosa)

California is continuing to swelter under a dangerous heat wave Labor Day weekend that was spreading triple-digit temperatures over much of the state, raising concerns about power outages and the spread of the coronavirus as throngs of people packed beaches and mountains for relief.

On Sunday, downtown Los Angeles reached 111 degrees and a record-shattering high of 121 degrees was recorded in the nearby Woodland Hills neighborhood of the San Fernando Valley.

It was the highest temperature ever recorded in Los Angeles County, according to the National Weather Service. The mark rivaled the high in California’s Death Valley, typically the hottest place in the country.

Meanwhile, downtown San Francisco set a record for the day with a high of 100, smashing the previous mark by 5 degrees.

“By our calculations, over 99% of California’s population is under an Excessive Heat Warning or Heat Advisory today,” the weather service in Sacramento tweeted Sunday afternoon.

The exceptionally hot temperatures were driving the highest power use of the year, and transmission losses because of the wildfires have cut into supplies. Eric Schmitt of the California Independent System Operator that manages the state’s power grid said up to 3 million customers faced power outages if residents didn’t curtail their electricity usage.

About 7 p.m., the California Independent System Operator declared an emergency and said power outages were imminent because a transmission line carrying power from Oregon to California and another in-state power plant went offline unexpectedly. The cause of the outages is unknown at this time, the agency said.

Pacific Gas & Electric, the state’s largest utility, warned customers that it might cut power starting Tuesday because of expected high winds and heat that could create even greater fire danger. Some of the state’s largest and deadliest fires in recent years have been sparked by downed power lines and other utility equipment.