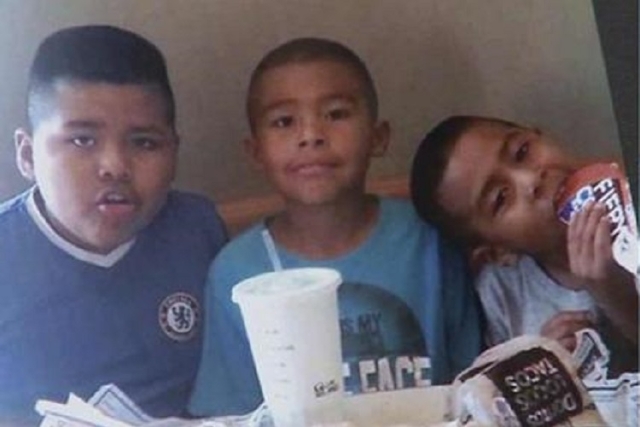 A memorial for three young boys who were found stabbed to death in the back of an SUV last week was vandalized on Sunday, days after the boys’ father was booked on suspicion of murder.

The memorial included dozens of candles and flower bouquets.

“People shouldn’t disrespect that,” Anthony Rodriguez, who found the mess, told KABC. “The family had just gone through a disaster and to see that was heartbreaking.”

The memorial was set up two days after the boys’ father, Luis Fuentes, 33, was booked on suspicion of murder in all three deaths. He was being held in lieu of $3 million bail, the Associated Press reported.

The boys were identified on Thursday as Alexander Fuentes, 8, Juan Fuentes, 9, and Luis Fuentes, 10. Their father was found at the same time on Wednesday in the front seat with what police called self-inflicted stab wounds.

The Los Angeles Times reported Saturday Fuentes had been depressed since his wife died in 2008.

As police continue to investigate the stabbing, the Los Angeles County Department of Children and Family Services launched an investigation into the boys’ case to see if they were at risk at the time of the reports and if they responded appropriately.

The first call they received in 2010 alleged the boys were being physically abused, the Los Angeles Times reported. Officials weren’t able to prove or disprove the allegations. Multiple calls after that resulted in the same response, with the boys back in their father’s care.