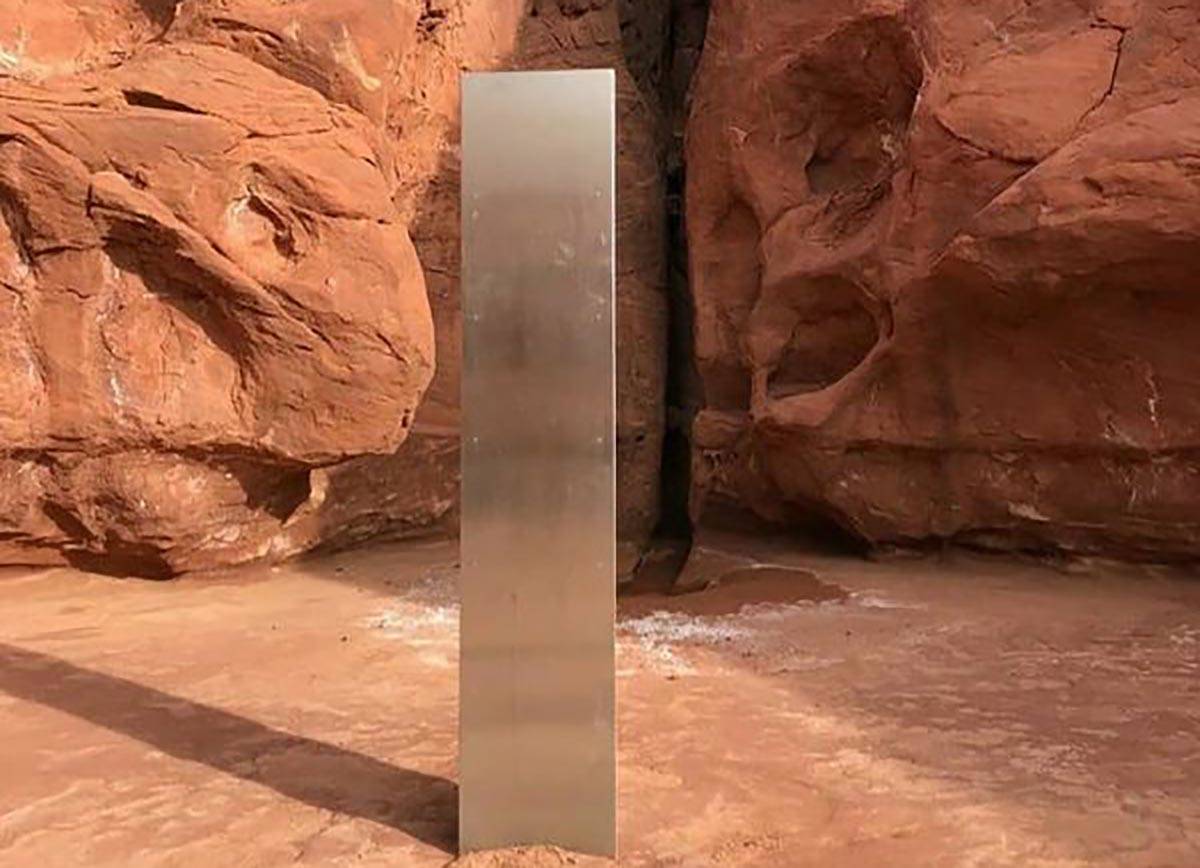 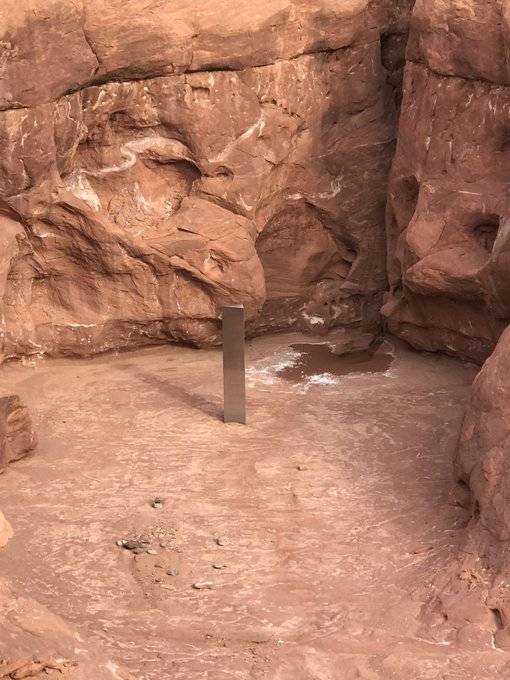 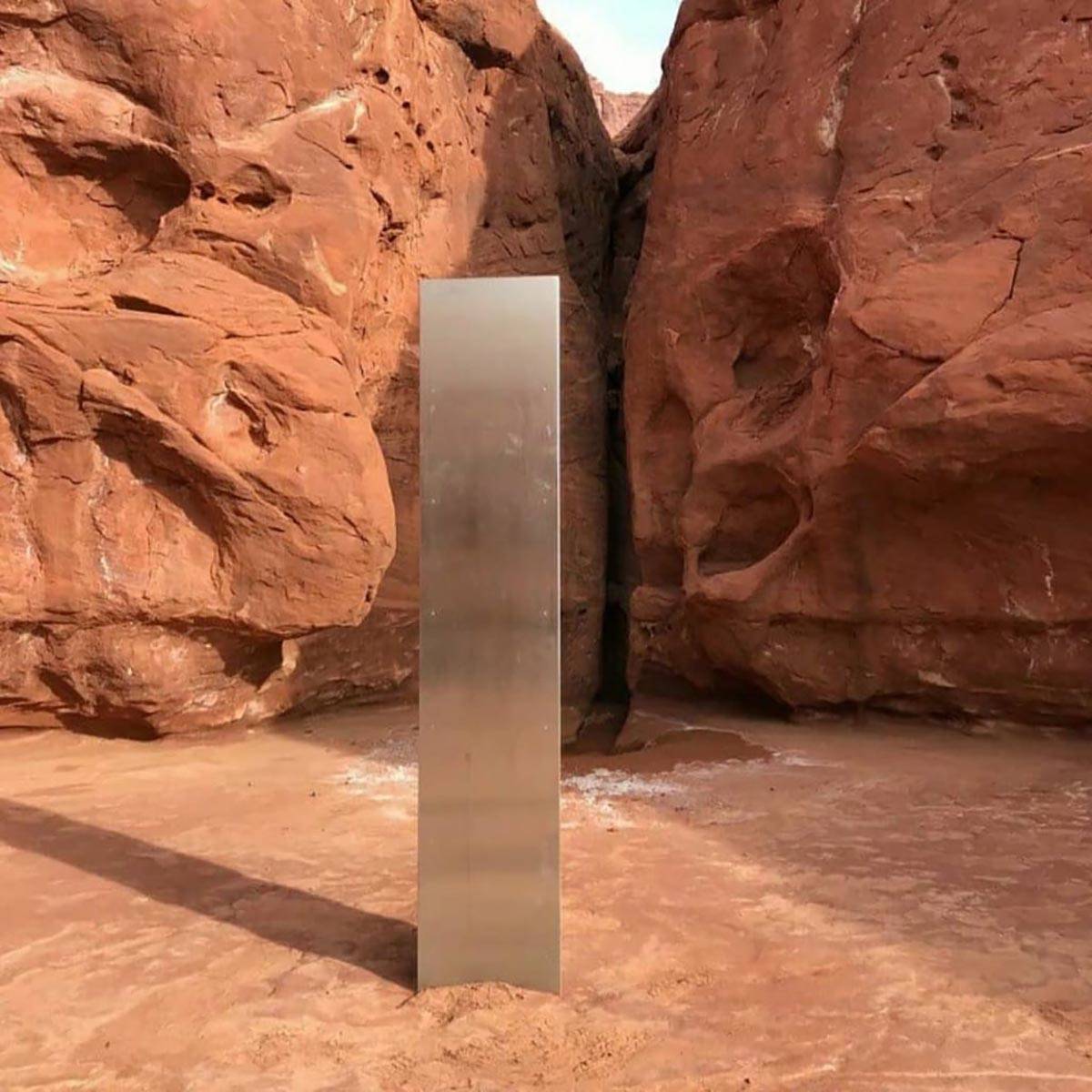 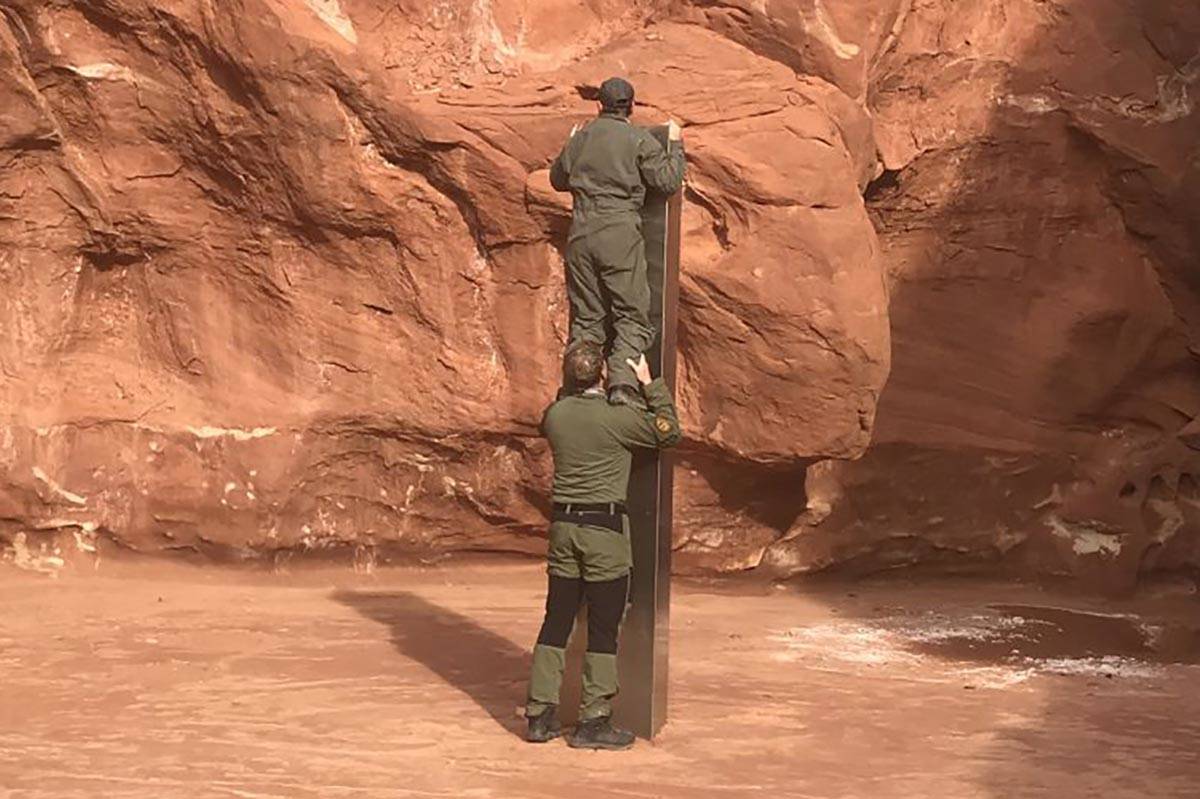 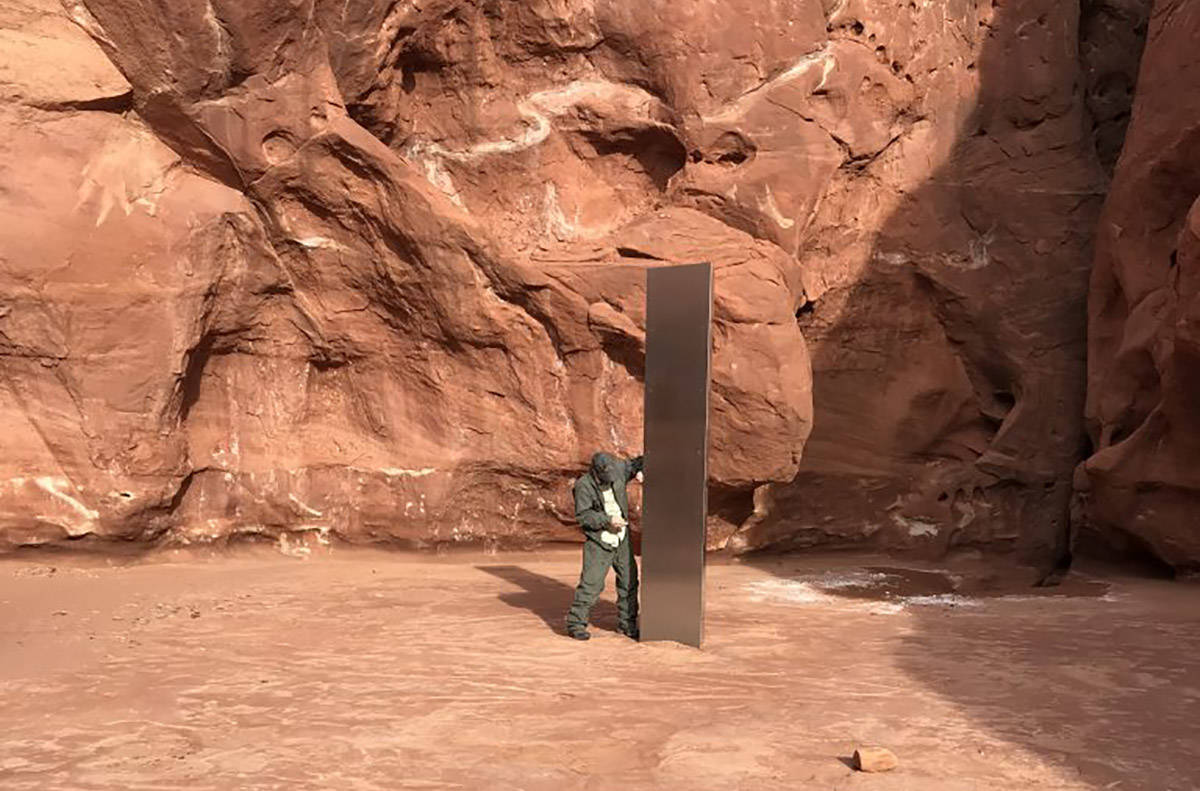 A crew member next to a metal monolith discovered Nov. 18, 2020, in a remote southeast Utah canyon. (UDPS photo)

“It is illegal to install structures or art without authorization on federally managed public lands, no matter what planet you’re from,” warns a Monday news release from the Utah Department of Public Safety.

It’s possible the use of “planet” is warranted because of a hard-to-believe discovery by a flight crew that was counting bighorn sheep in an undisclosed area of southeast Utah.

The crew spotted an unusual object and landed to investigate.

A metal monolith had somehow been installed in the ground in a remote area of red rock. The metal sticks out about 12 feet above ground at what appears to be the point of a small canyon.

The crew said there was no obvious indication of who might have planted the monolith.

‘Not from another world’

“This thing is not from another world,” said Lt. Nick Street of the Utah Highway Patrol, part of the Department of Public Safety.

Still, it’s clear that it took some planning and work to construct the 10- to 12-foot monolith and embed it in the rock.

The exact location is so remote that officials are not revealing it publicly, worried that people might get lost or stranded trying to find it and need to be rescued.

The monolith evokes the one that appears in the Stanley Kubrick movie “2001: A Space Odyssey.”

The federal Bureau of Land Management will determine if more investigation is needed.