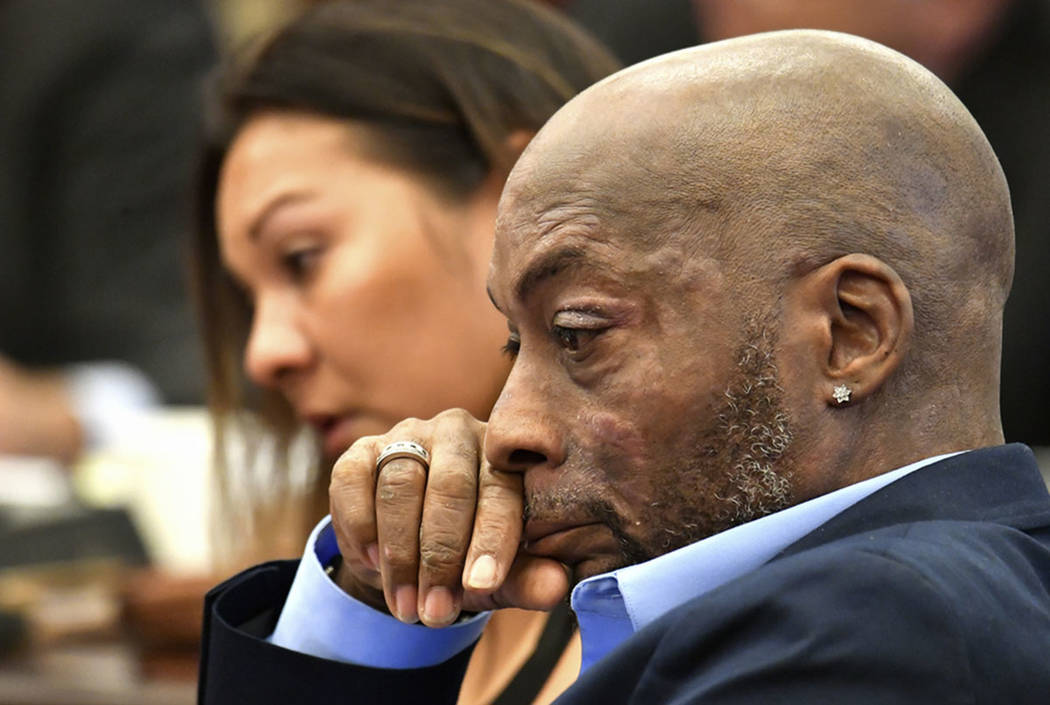 Plaintiff Dewayne Johnson, right, reacts while attorney Brent Wisner, not seen, speaks about his condition during the Monsanto trial in San Francisco in July 2018. (Josh Edelson/Pool Photo via AP, File) 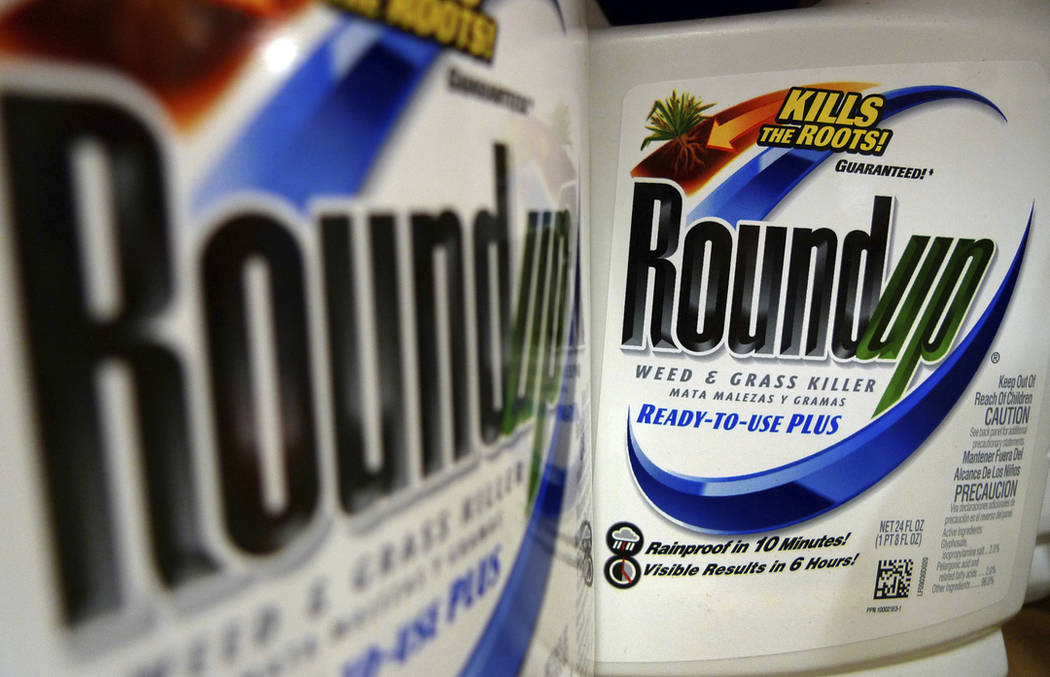 Bottles of Roundup herbicide, a product of Monsanto, are displayed on a store shelf in St. Louis. (AP Photo/Jeff Roberson) 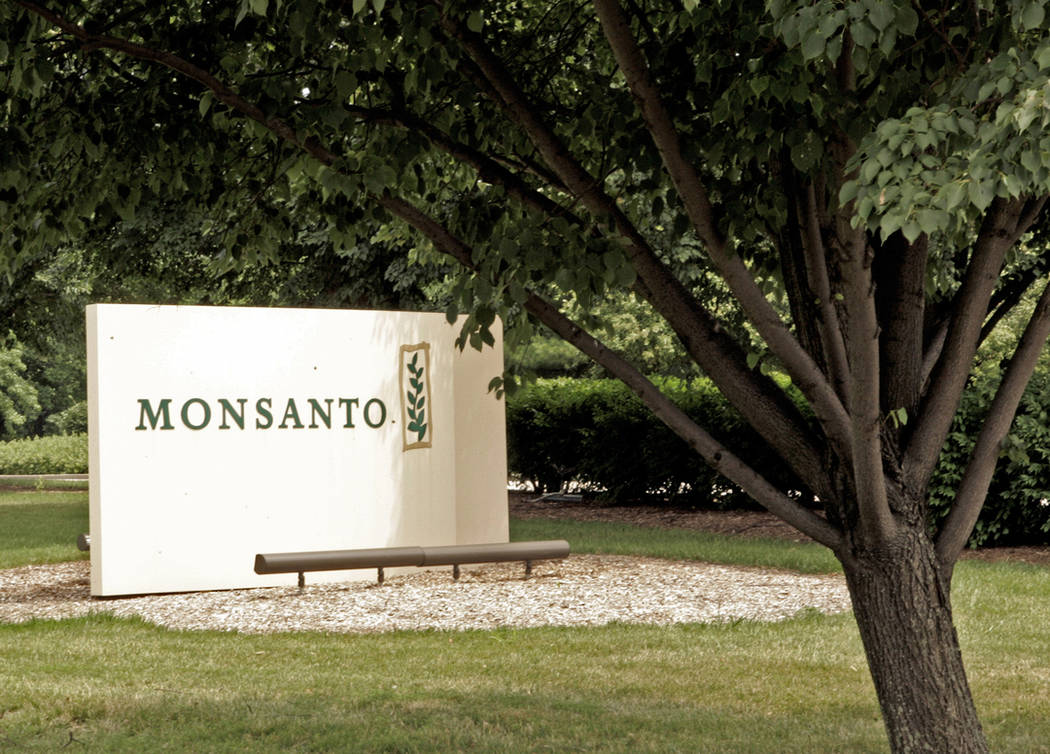 A sign at the Monsanto Co. headquarters in St. Louis. (AP Photo/James A. Finley) 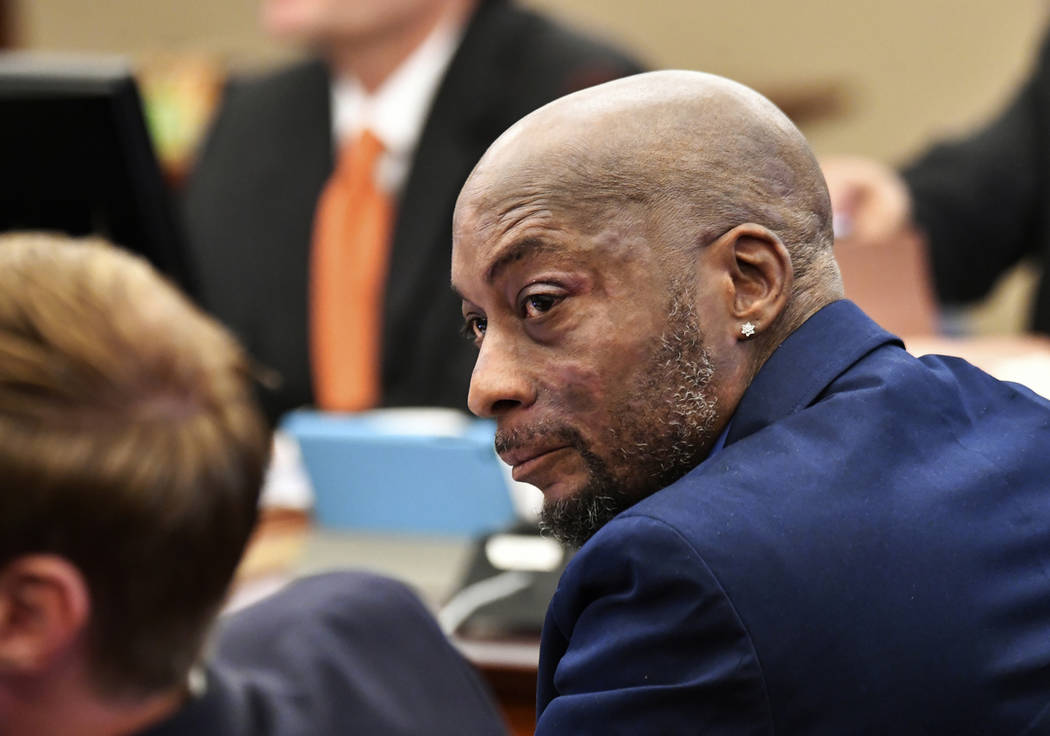 Plaintiff DeWayne Johnson looks up during a brief break as the Monsanto trial continues in San Francisco. Monsanto is being accused of hiding the dangers of its popular Roundup products in July 2018. (Josh Edelson/Pool Photo via AP, File) 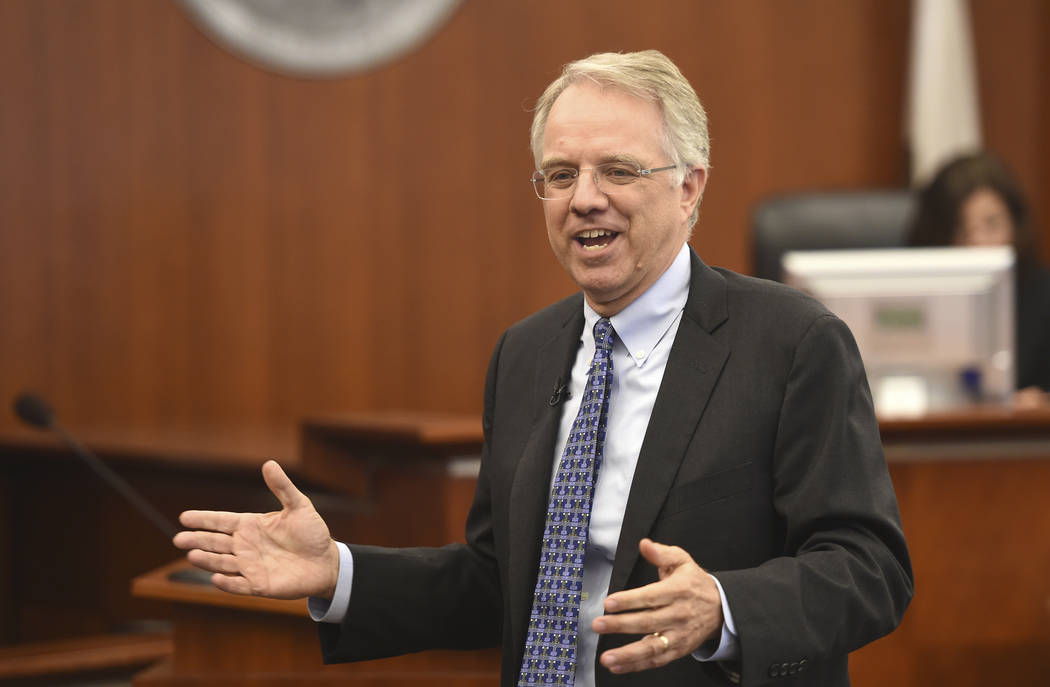 Monsanto defense attorney George Lombardi speaks during the opening remarks of the Monsanto trial in San Francisco, California on July 9, 2018. Monsanto is being accused of hiding the dangers of its popular Roundup products. (Josh Edelson/Pool Photo via AP)

Dewayne Johnson’s lawsuit was the first of hundreds of cases filed in state and federal courts alleging that Roundup causes non-Hodgkin’s lymphoma, which Monsanto denies.

Jurors in state Superior Court agreed the product contributed to Johnson’s cancer and the company should have provided a label warning of the potential health hazard. Johnson’s attorneys sought and won $39 million in compensatory damages and $250 million of the $373 million they wanted in punitive damages.

“This jury found Monsanto acted with malice and oppression because they knew what they were doing was wrong and doing it with reckless disregard for human life,” said Robert F. Kennedy Jr., a member of Johnson’s legal team. “This should send a strong message to the boardroom of Monsanto.”

Monsanto has denied a link between the active ingredient in Roundup — glyphosate — and cancer, saying hundreds of studies have established that glyphosate is safe.

Monsanto spokesman Scott Partridge said the company will appeal. Partridge said scientific studies and two government agencies have concluded that Roundup does not cause cancer.

“We are sympathetic to Mr. Johnson and his family,” Partridge said. “We will appeal this decision and continue to vigorously defend this product, which has a 40-year history of safe use and continues to be a vital, effective, and safe tool for farmers and others.”

Johnson used Roundup and a similar product, Ranger Pro, as a pest control manager at a San Francisco Bay Area school district, his lawyers said. He sprayed large quantities from a 50-gallon tank attached to a truck, and during gusty winds, the product would cover his face, said Brent Wisner, one of his attorneys.

Once, when a hose broke, the weed killer soaked his entire body.

Johnson read the label and even contacted the company after developing a rash but was never warned it could cause cancer, Wisner said. He was diagnosed with non-Hodgkin’s lymphoma in 2014 at age 42.

“The simple fact is he is going to die. It’s just a matter of time,” Wisner told the jury in his opening statement last month.

But George Lombardi, an attorney for Monsanto, said non-Hodgkin’s lymphoma takes years to develop, so Johnson’s cancer must have started well before he began working at the school district.

The U.S. Environmental Protection Agency says Roundup’s active ingredient is safe for people when used in accordance with label directions.

However, the France-based International Agency for Research on Cancer, which is part of the World Health Organization, classified it as a “probable human carcinogen” in 2015. California added glyphosate to its list of chemicals known to cause cancer.