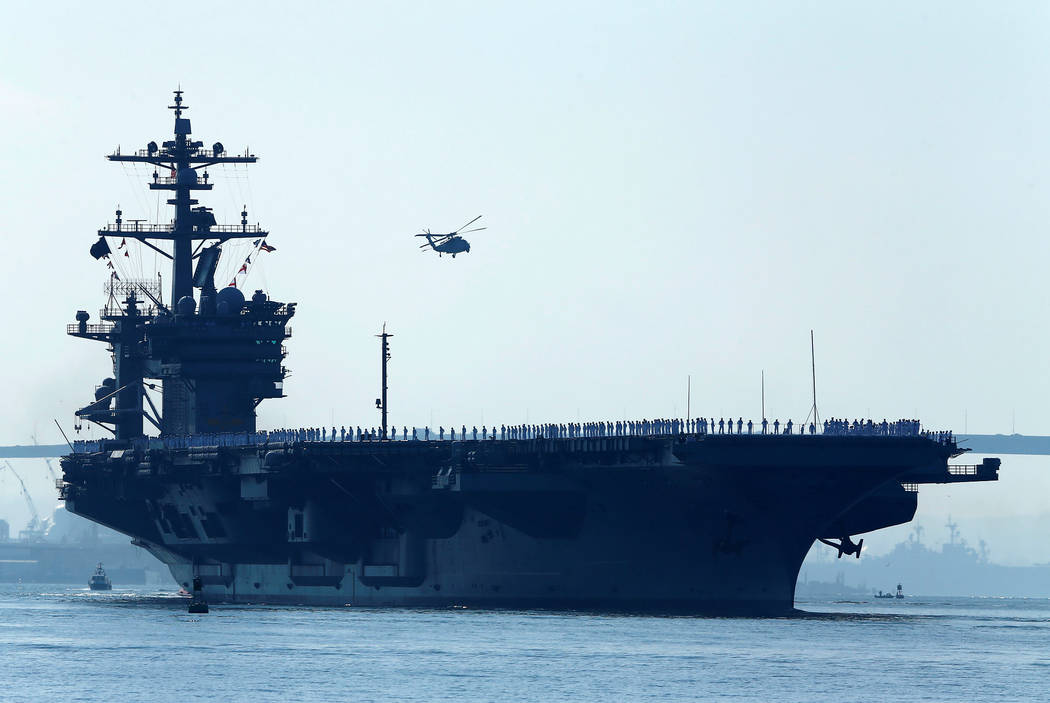 Sailors man the rails of the USS Carl Vinson, a Nimitz-class aircraft carrier, as it departs its home port in San Diego, California August 22, 2014. (Mike Blake/Reuters) 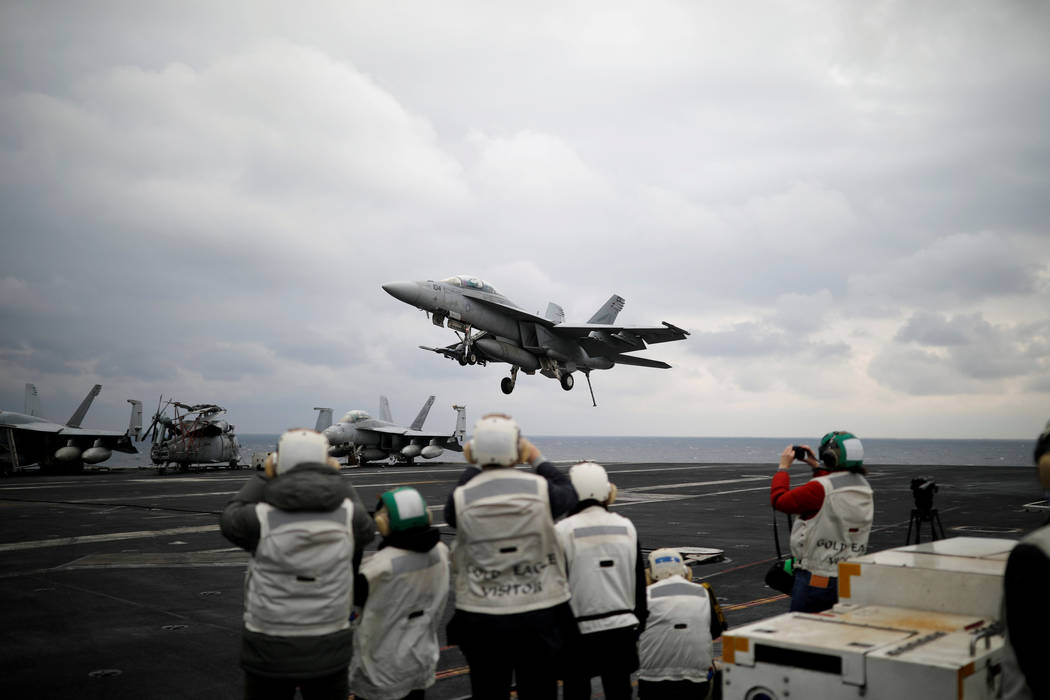 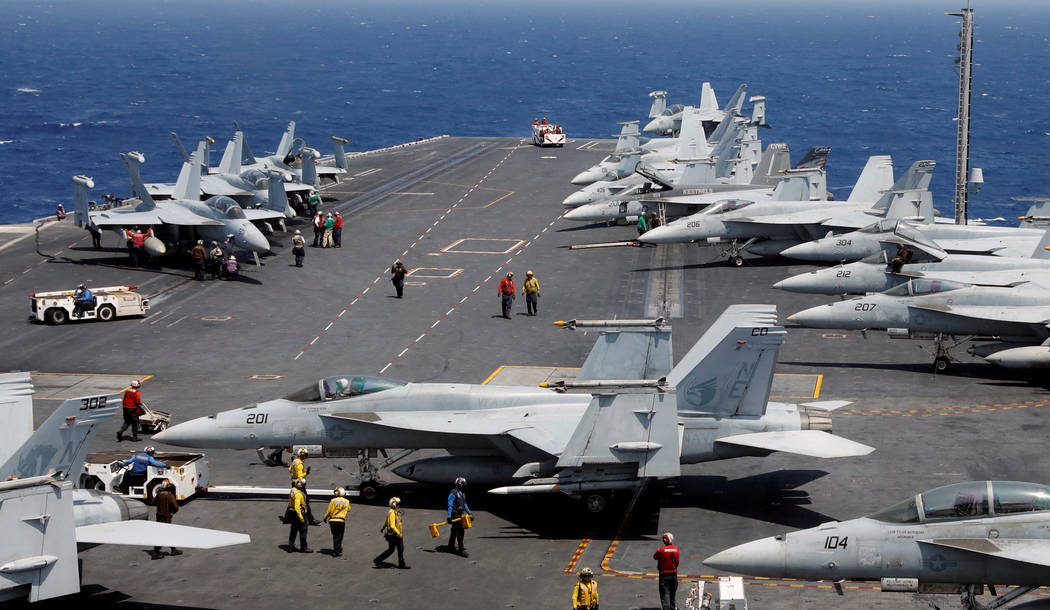 WASHINGTON — A U.S. Navy strike group will be moving toward the western Pacific Ocean near the Korean peninsula as a show of force, a U.S. official told Reuters on Saturday, as concerns grow about North Korea’s advancing weapons program.

Earlier this month North Korea tested a liquid-fueled Scud missile which only traveled a fraction of its range.

The strike group, called Carl Vinson, includes an aircraft carrier and will make its way from Singapore toward the Korean peninsula, according to the official, who was not authorized to speak to the media and requested anonymity.

The news was first reported by Reuters.

In a statement late Saturday, the U.S. Navy’s Third Fleet said the strike group had been directed to sail north, but it did not specify the destination. The military vessels will operate in the Western Pacific rather than making previously planned port visits to Australia, it added.

This year North Korean officials, including leader Kim Jong Un, have repeatedly indicated an intercontinental ballistic missile test or something similar could be coming, possibly as soon as April 15, the 105th birthday of North Korea’s founding president and celebrated annually as “the Day of the Sun.”

Trump’s national security aides have completed a review of U.S. options to try to curb North Korea’s nuclear and missile programs. These include economic and military measures but lean more toward sanctions and increased pressure on Beijing to rein in its reclusive neighbor.

Although the option of pre-emptive military strikes on North Korea is not off the table, the review prioritizes less-risky steps and de-emphasizes direct military action.

Trump spoke with South Korea’s acting President Hwang Kyo-ahn on Friday, the White House said on Saturday in a statement which did not mention the strike group.