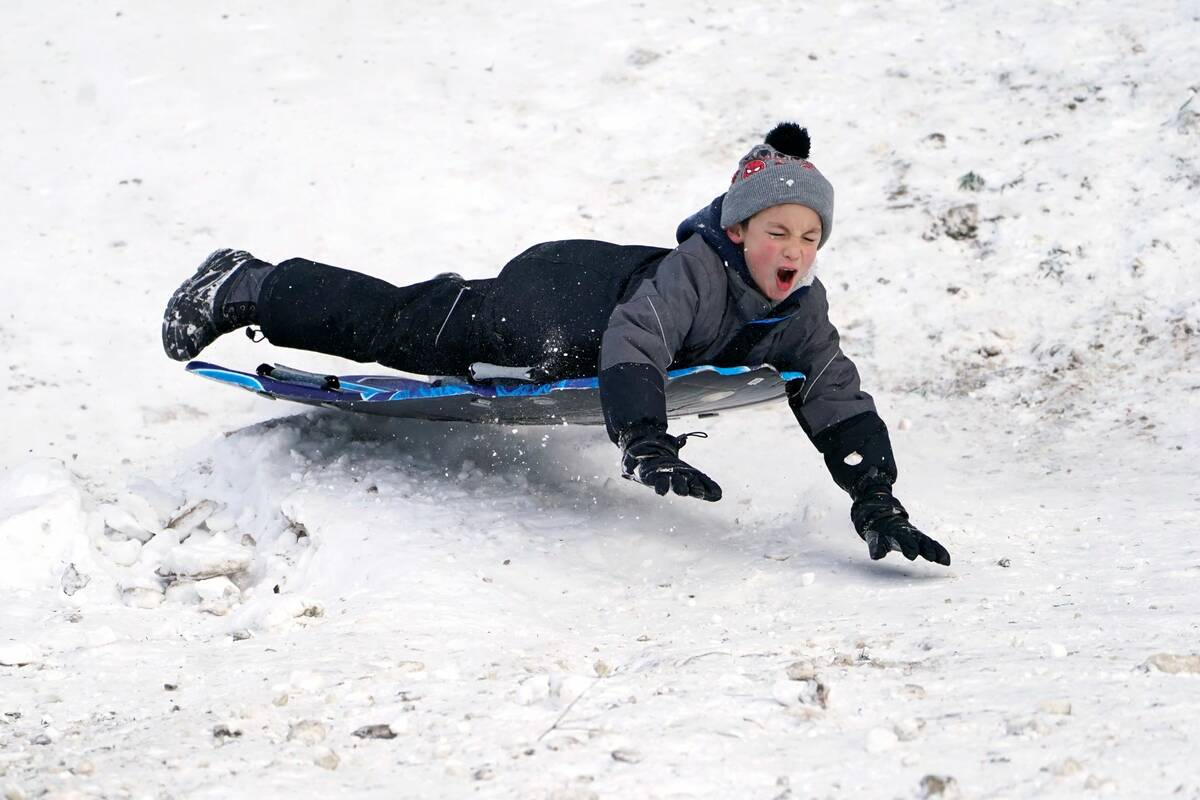 Titus Gonzalez goes airborne after hitting a bump while sledding where nearly a foot of snow fell over the weekend, Monday, Dec. 27, 2021, in a city park in Bellingham, Wash. (AP Photo/Elaine Thompson) 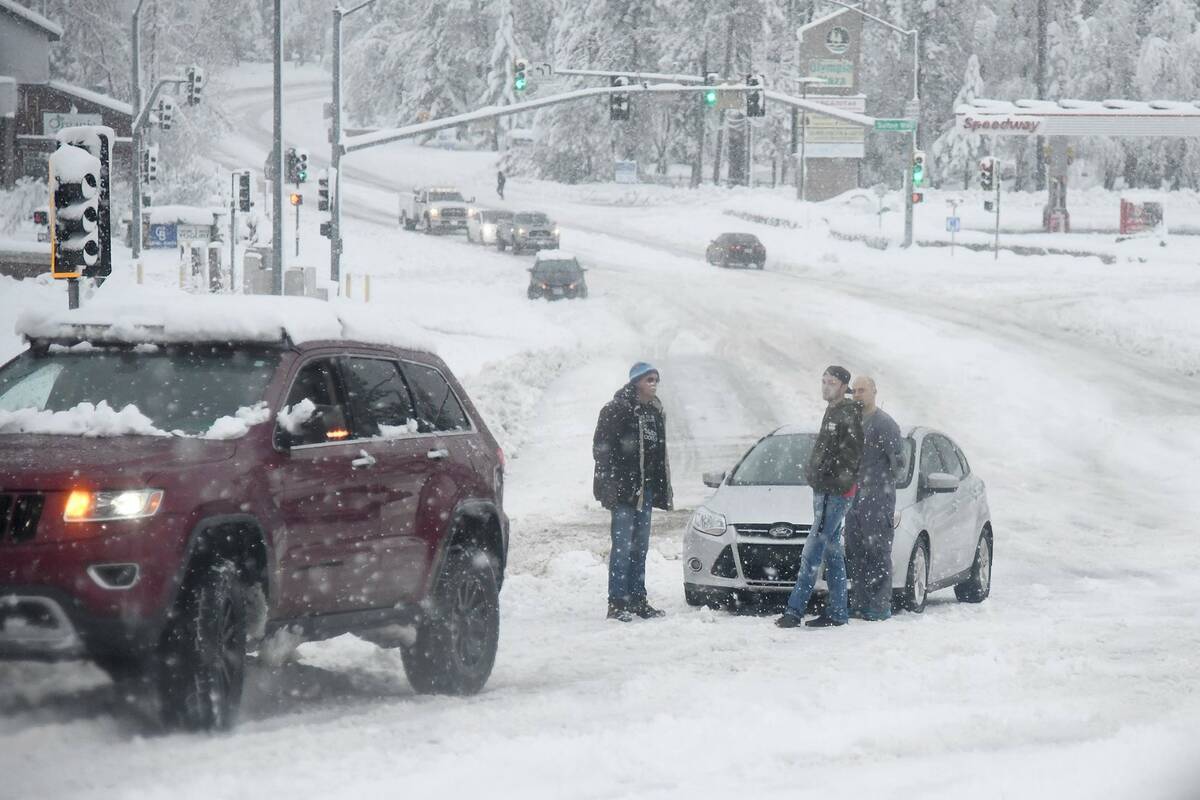 SEATTLE — The Pacific Northwest and Sierra Nevada grappled Tuesday with another day of snow, ice and unseasonable cold that has disrupted traffic, caused closures and forced people to find refuge in emergency warming shelters.

He said traffic officials “need to be able to clear roadways to make room for emergency vehicles and snow removal.”

The declaration allows officials to order cars on those highways to turn around and head back into the valley until conditions improve.

Part of the main highway from San Francisco to Reno remained closed Tuesday for a third day due to record-setting snow in the Lake Tahoe area after the storm blasted across northern California and Nevada.

Across western Washington and Oregon, officials and private groups opened emergency spaces for people as forecasters said the extreme cold from an arctic blast that blew in Sunday could last until the weekend.

Snow showers began in the Northwest on Sunday from the Gulf of Alaska, dumping up to 6 inches across the Seattle area. Another storm dropped more snow in western Washington and Oregon late Monday and Tuesday.

In Seattle, the city said garbage pickup was canceled for Tuesday, as side streets remained treacherous. And another round of snow was predicted for the Seattle and Portland, Oregon, areas on Thursday.

Warming shelters in Multnomah County were around 75% full on Monday night, with 339 people.

“We had about 100 beds free, but also expect more people to seek shelter with colder temps and snow,” Kate Yeiser, a spokesperson for the county, said Tuesday.

Two snowmobilers died in an avalanche in the mountains north of Yellowstone National Park, where about 3 feet of snow had fallen over the past week, the Gallatin National Forest Avalanche Center said. The avalanche Monday brought down snow about 5 feet deep and approximately 300 feet wide, burying two of the four riders.

At Donner Pass in the Sierra, officials with the University of California, Berkeley’s Central Sierra Snow Laboratory on Monday said recent snowfall has smashed the snowiest December record of 179 inches, set in 1970. The record is now 193.7 inches as more snow is expected.

The snowpack in the Sierra was at dangerously low levels after recent weeks of dry weather but the state Department of Water Resources reported on Monday that the snowpack was between 145% and 161% of normal across the range with more snow expected, which will help in a region experiencing a protracted drought.

With temperatures in western Washington and Oregon not forecast to rise above freezing for days, officials were planning on keeping emergency shelters for longer than initially expected.

Seattle leaders said city shelters will remain open through the new year. At the shelter where West went to get warm, American Legion Hall Post 160, there was room for about a dozen people.

Keith Hughes of the American Legion said the capacity is limited by lack of volunteer staff.

“Volunteers, this is a problem for myself as well as everyone else in town, it’s really hard to get with COVID going on,” he said, adding there were plans to keep the space open for about 10 days. “The longer it goes on the harder it’s going to be on people that don’t have a place to get out of this.”

— The Las Vegas Review-Journal contributed to this report.