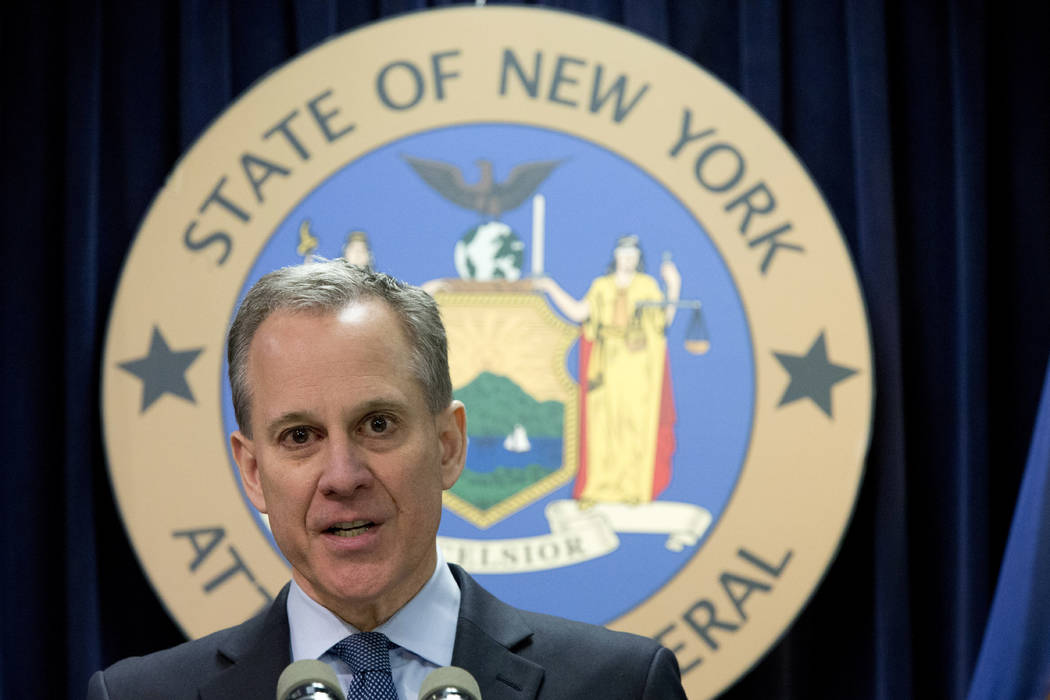 Nassau County District Attorney Madeline Singas announced her decision in a brief statement. She said investigators did an “exhaustive review” and she personally interviewed each woman who had accused Schneiderman of assault. Investigators also spoke with members of Schneiderman’s security detail.

She concluded that statutes of limitations and other “legal impediments” made it impossible to charge Schneiderman. The probe found no misconduct by Schneiderman’s staff in the attorney general’s office, she said.

Schneiderman said he didn’t consider the decision an exoneration.

“I recognize that District Attorney Singas’ decision not to prosecute does not mean I have done nothing wrong,” he said through a publicist. “I accept full responsibility for my conduct in my relationships with my accusers, and for the impact it had on them.

“After spending time in a rehab facility, I am committed to a lifelong path of recovery and making amends to those I have harmed. I apologize for any and all pain that I have caused, and I apologize to the people of the State of New York for disappointing them after they put their trust in me.”

Schneiderman, a Democrat, resigned from office in May hours after The New Yorker published an expose saying that four women had accused him of slapping or choking them. Some of the women said Schneiderman was a heavy drinker.

Schneiderman at the time didn’t deny the allegations, but implied in a statement that his conduct was either welcomed or was not as the women described.

His accusers included Manning Barish, a Democratic activist and writer, who was romantically involved with Schneiderman from mid-2013 through the end of 2014.

Gov. Andrew Cuomo appointed Singas as a special prosecutor, bypassing Manhattan District Attorney Cyrus Vance Jr. because of a potential conflict of interest. At the time, the attorney general’s office was investigating how Vance’s office had handled a sexual misconduct allegation against movie mogul Harvey Weinstein.