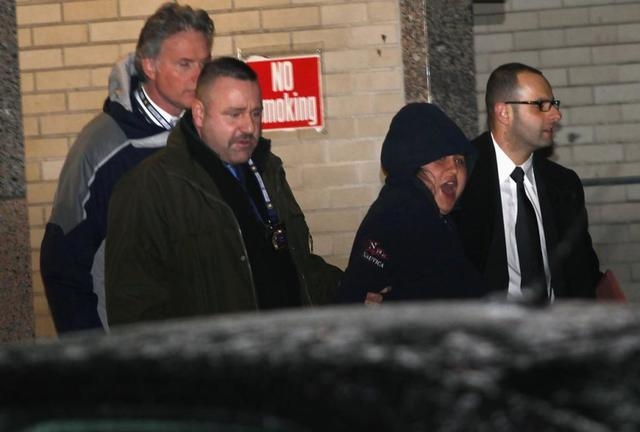 Erika Menendez was jailed for 24 years for fatally pushing a man into the path of an oncoming subway train in 2012 in what officials called a religiously motivated attack. (JOSHUA LOTT/REUTERS)

A New York City woman was jailed for 24 years on Wednesday for fatally pushing a man into the path of an oncoming subway train in 2012 in what officials called a religiously motivated attack, prosecutors said.

Erika Menendez pleaded guilty in March to first-degree manslaughter in the death of Sunnando Sen, 46, on Dec. 27, 2012, at a train station the borough of Queens.

Prosecutors said Menendez was seen pacing the subway platform and muttering to herself before the attack, and had told investigators that she pushed the Sen onto the tracks because “I hate Hindus and Muslims.”

Sen, who was waiting for a train with his back to Menendez, was pushed from behind onto the tracks, officials said. He died of blunt force trauma after being struck an oncoming train.

The New York Times reported that prosecutors accepted Menendez’s manslaughter plea, a less serious charge than murder, because of her “substantial psychiatric history and drug problems.”