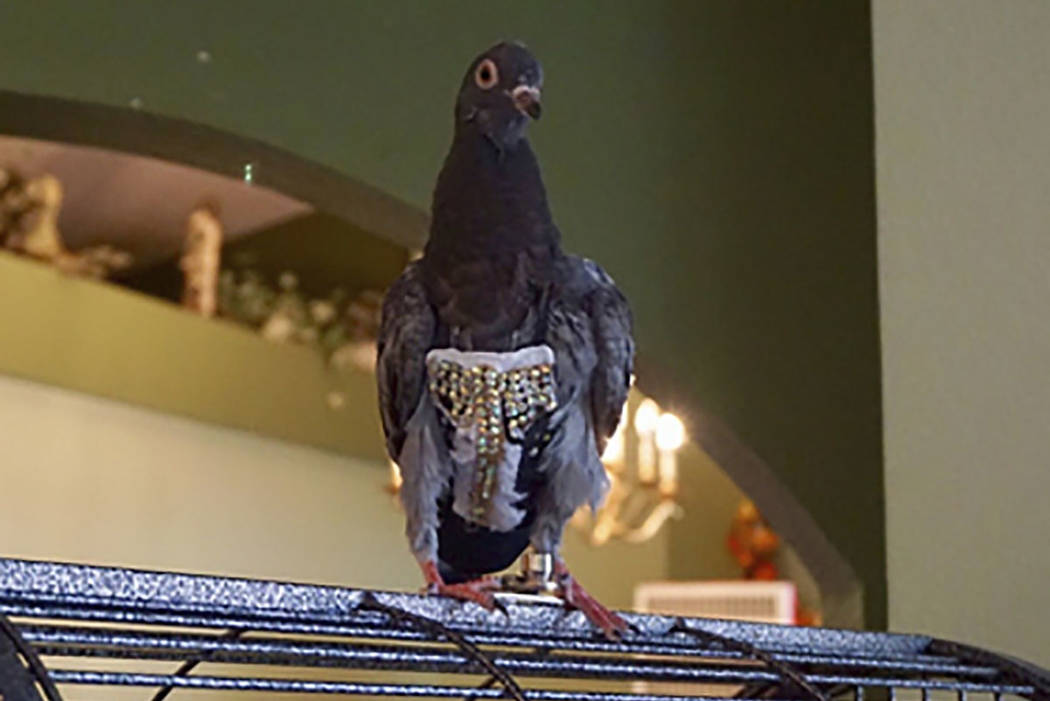 PEORIA, Ariz. — A pigeon that had flown the coop with only its bedazzled vest is nesting back home in Phoenix.

The Arizona Republic reports Marlette Fernando and her husband were reunited Tuesday with their pet pigeon Olive.

The bird was brought to the Fallen Feathers bird rescue center in Peoria more than a week ago.

Center director Jody Kieran says she knew the pigeon had to be someone’s feathered friend when she saw the rhinestone-studded vest.

The organization posted a picture of the bird and the vest on Facebook.

Fernando says a friend saw the post. She says Olive went missing from their home Nov. 7.

Fallen Feathers had planned to put the bird up for adoption if nobody came forward after one month.