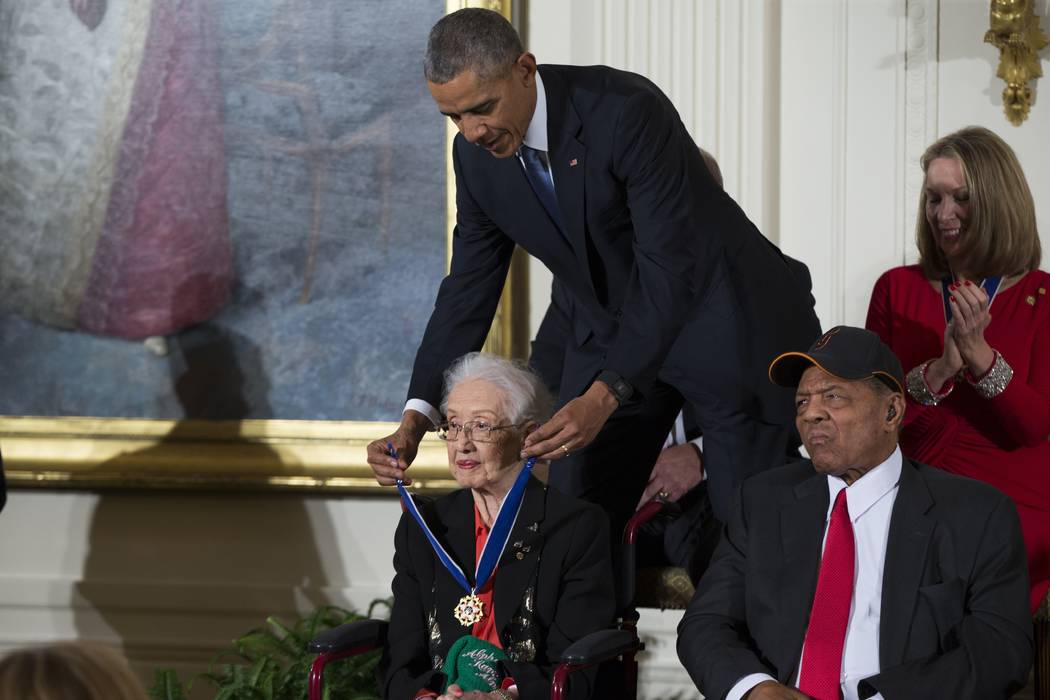 In a Nov. 24, 2015, photo, Willie Mays, right, looks on as President Barack Obama presents the Presidential Medal of Freedom to NASA mathematician Katherine Johnson during a ceremony in the East Room of the White House, in Washington. Johnson, a mathematician on early space missions who was portrayed in film "Hidden Figures," about pioneering black female aerospace workers, died Monday, Feb. 24, 2020. (AP Photo/Evan Vucci, File) 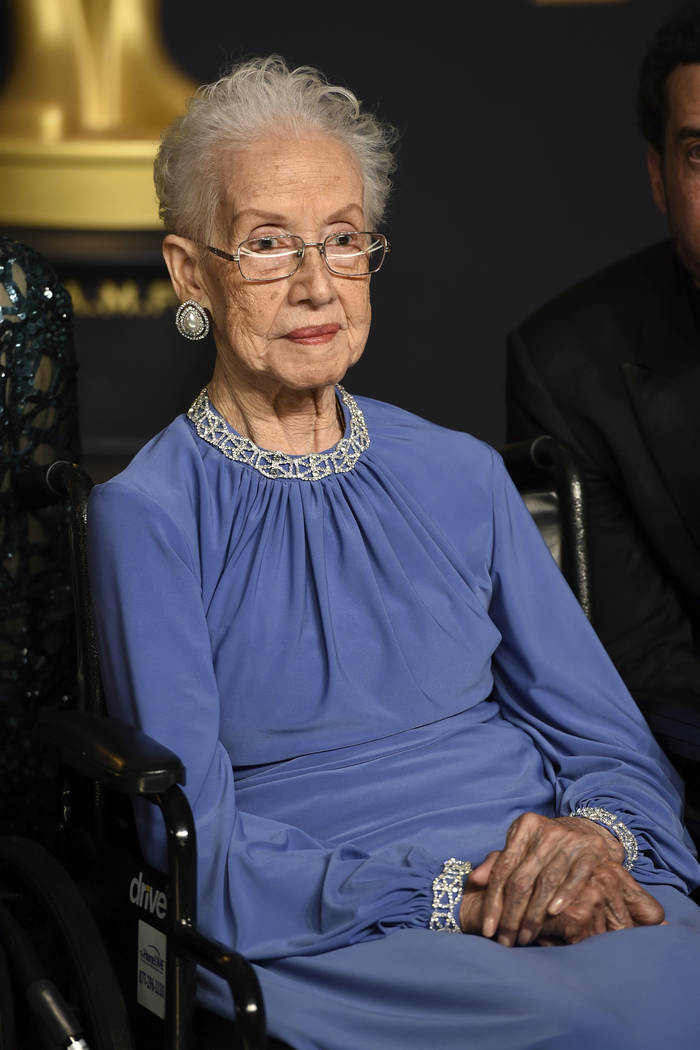 FILE - In this Feb. 26, 2017, file photo, Katherine Johnson, the inspiration for the film, "Hidden Figures," poses in the press room at the Oscars at the Dolby Theatre in Los Angeles. Johnson, a mathematician on early space missions who was portrayed in film "Hidden Figures," about pioneering black female aerospace workers, died Monday, Feb. 24, 2020. (Photo by Jordan Strauss/Invision/AP, File) 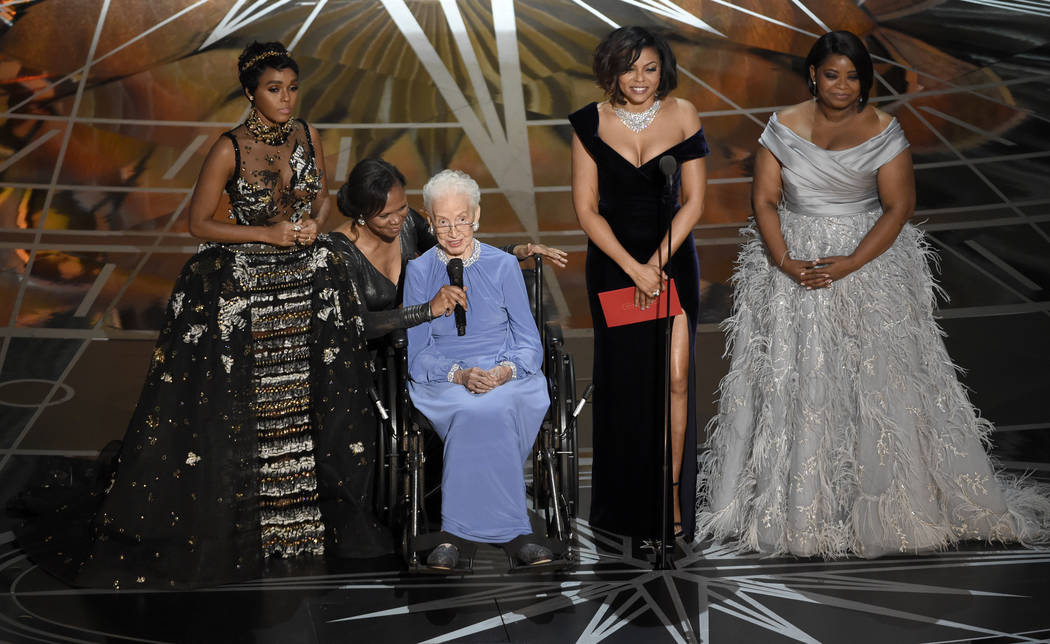 In a Monday morning tweet, the space agency said it celebrates her 101 years of life and her legacy of excellence and breaking down racial and social barriers.

Johnson was one of the so-called “computers” who calculated rocket trajectories and earth orbits by hand during NASA’s early years.

Until 1958, Johnson and other black women worked in a racially segregated computing unit at what is now called Langley Research Center in Hampton, Virginia. Their work was the focus of the Oscar-nominated 2016 film.

In 1961, Johnson worked on the first mission to carry an American into space. In 1962, she verified computer calculations that plotted John Glenn’s earth orbits.

Johnson focused on airplanes and other research at first. But her work at NASA’s Langley Research Center eventually shifted to Project Mercury, the nation’s first human space program.

“Our office computed all the (rocket) trajectories,” Johnson told The Virginian-Pilot newspaper in 2012. “You tell me when and where you want it to come down, and I will tell you where and when and how to launch it.”

In 1961, Johnson did trajectory analysis for Alan Shepard’s Freedom 7 Mission, the first to carry an American into space. The next year, she manually verified the calculations of a nascent NASA computer, an IBM 7090, which plotted John Glenn’s orbits around the planet.