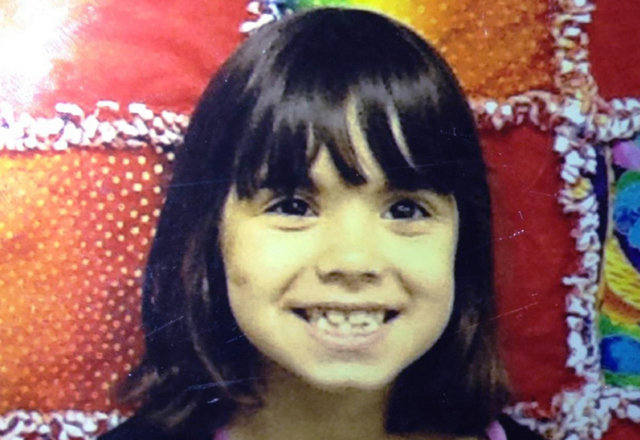 BREMERTON, Wash. — More than 100 officers from 10 law enforcement agencies are involved in the search for a 6-year-old girl who disappeared from her home near Bremerton over the weekend, the Kitsap County sheriff’s office said Tuesday.

“We are harnessing all this manpower and expertise because we are covering all the bases,” Deputy Scott Wilson said. “We only get one chance to do this right the first time.”

Investigators don’t know if the girl, Jenise Wright, wandered off or was the victim of an accident, abduction or homicide.

“We have to approach it as if it’s a worst-case scenario and hope for the best,” Wilson said.

In addition to FBI agents from around the country, the sheriff’s office was being assisted by members of the Washington State Patrol Missing and Exploited Children’s Task Force and police and firefighters from local departments.

Their job Tuesday was searching all 103 homes and every outbuilding and vehicle in the Steele Creek Mobile Home Park, either with consent or a search warrant.

Searchers on the ground have covered the neighborhood and surrounding woods. Teams are waiting for leads, Wilson said.

“Anything is possible,” he said. “Children do really surprising things. She could be almost anywhere.”

Jenise was last seen at her home in the park Saturday night. Her family reported her missing Sunday night.

Bremerton is on the west side of Puget Sound, across from Seattle.

The parents took FBI lie detector tests Monday night, but the results have not been disclosed. They are cooperating with the investigation, Wilson said.

The family waited a day before calling for help because they say the girl wandered around the neighborhood on her own in the past. They felt it was relatively safe because the mobile home park is fenced, Wilson said.

After the search began Monday, state child welfare workers removed two other children, an 8-year-old boy and 12-year-old girl, from the home.

Other residents in the park described Jenise as outgoing and unafraid to talk to anyone.

Jenise is 3 feet tall, weighs 45 pounds and has black hair. She’ll be a first-grader this school year. She shared a bedroom with her sister.