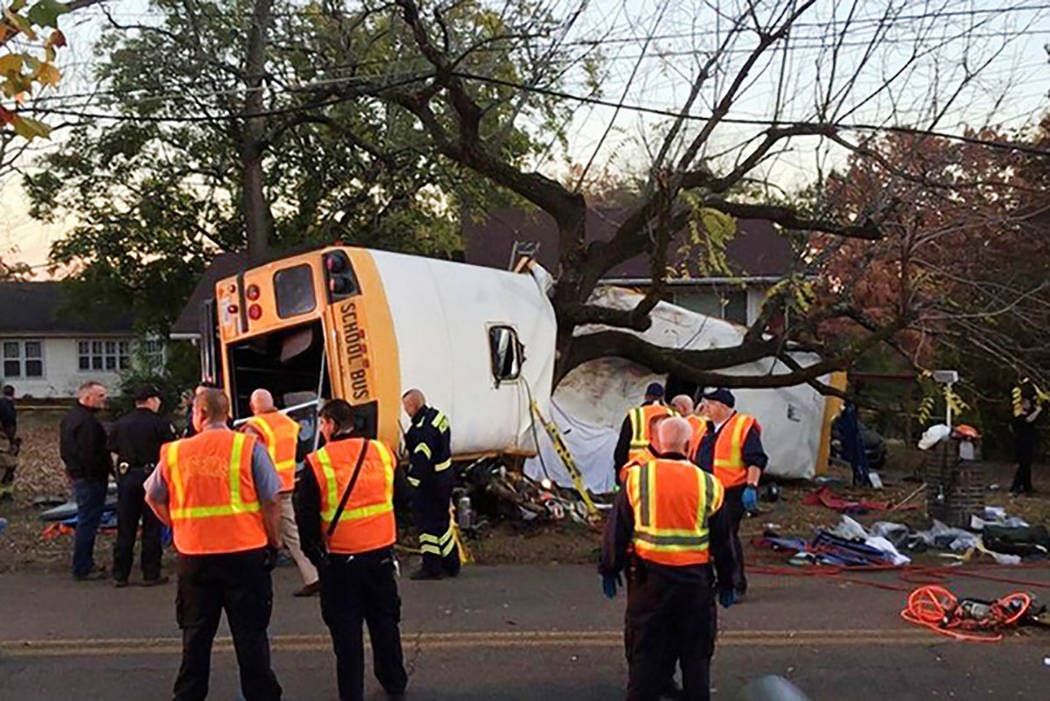 Officials respond to the scene of a school bus crash in Chattanooga, Tenn., in November. (Chattanooga Fire Department)

CHATTANOOGA, Tenn. — A Chattanooga school bus driver has been indicted on six counts of vehicular manslaughter in a crash last November that killed a half-dozen children.

Authorities have said Walker was speeding Nov. 21 when the bus swerved into a tree with 37 elementary school students aboard, killing six children and injuring several more.

Jailed since the wreck, Walker is facing about a dozen lawsuits arising from the crash.