By BEN McCONVILLE and CASSANDRA VINOGRAD ASSOCIATED PRESS
November 30, 2013 - 9:37 am

GLASGOW, Scotland — Scottish authorities raised the death toll to eight people Saturday in the crash of a police helicopter into a crowded Glasgow pub, stressing that a rescue and recovery operation is ongoing and it is unclear what they will find when the aircraft’s wreckage is moved.

The higher death toll was news that “everybody had been both dreading and expecting,” Scottish Deputy First Minister Nicola Sturgeon said.

Chief Constable Stephen House said three of the dead were found in the helicopter, which was carrying two police officers and a civilian pilot when it crashed through the roof of The Clutha pub late Friday.

They “were our colleagues,” House said, bowing his head and taking a long pause and swallow. He said the five other fatalities were found inside the building and 14 people remain hospitalized with serious injuries.

House wouldn’t say if more people are believed to be inside the pub, explaining that the helicopter is still “dominating the whole space” in the one-story building and that until the wreckage is cleared “we won’t know what is going on” underneath.

The Clutha pub, near the banks of the River Clyde, was packed Friday night and a ska band was in full swing when the chopper slammed through the roof.

Police said there were “well over” 100 people inside the bar at the time of the crash, listening to the music stylings of local ska band Esperanza on the eve of St. Andrew’s Day, Scotland’s official national holiday.

“This is a black day for Glasgow and Scotland but it’s also St Andrew’s Day, and it’s a day we can take pride and courage in how we respond to adversity and tragedy,” Scottish leader Alex Salmond said, later ordering that flags outside government buildings be flown at half-staff.

Queen Elizabeth II said her thoughts and prayers were with the victims, while Prime Minister David Cameron offered to support the Scottish government “in any way” and praised emergency services plus “the bravery of ordinary Glaswegians” who rushed to help.

It was not immediately clear what the helicopter was doing in the area prior to the crash. Police and air safety investigators say it’s too early to say or speculate on why the Eurocopter EC135 T2 helicopter came down on the pub’s roof, close to a helipad on the riverbank.

Specialist teams worked throughout through the night and day on the rescue and recovery effort, with police saying the scene was extremely dangerous because the building was unstable.

“We are dealing with a very sensitive investigation and operation here,” House said. “It will go on for many days yet.”

Search and rescue dogs were on the scene for much of Saturday, more than 100 firefighters participated in the rescue effort and crews trained in shoring up unstable building, excavating and seeking out casualties aided in the huge operation.

With the scene cordoned off, groups of people huddled around police tape, some visibly upset and crying. A blue tarpaulin had been spread on the roof of the Clutha bar, but for much of the day the shapes of the blades and mangled fuselage were clearly visible from the street.

John McGarrigle, 38, said that he believed his 59-year-old father, also named John, had died in the crash.

The younger McGarrigle, who described his father as a regular at the bar who sat in the same seat every night, had arrived on the scene shortly after the crash and stayed all night.

“His friend told me she went to the toilet, heard the noise and went back into the bar,” he said. “He was gone. There was nothing left where he’d been sitting.”

The crash Friday at around 10:30 p.m. sent dozens of patrons fleeing through a cloud of dust. Witnesses spoke of people streaming out of the building covered in blood, with gashes and other injuries.

Local resident Paul Dundas, 26, told how he heard a loud bang and looked out of his window to see a plume of dust rising above the pub.

“At first I thought it was a firework,” he said, describing the “horrible scene” he discovered upon going down to the street level.

“People were covered in blood and dust. Other people were dragging them away from the bar and trying to get them out,” he said. “Everyone was in shock, but people were helping and asking strangers if they were OK. I saw a couple help each other clean up their faces.

The twin-engine Eurocopter is widely used by police and ambulance services.

In 2007, a Eurocopter EC135 T2 crashed in southern England. The pilot and his wife were unhurt, but the aircraft was badly damaged. Britain’s Air Accidents Investigation Branch said there had been a failure of the autotrim system which maintains the aircraft’s position. The agency recommended changes to correct the problem.

Esperanza, the band which was playing in The Clutha when the crash occurred, joined in the heaps of praise showered on rescue officials.

“Waking up and realizing that it is all definitely horribly real,” the band wrote on its official Facebook page. “Despite the situation everyone was so helpful and caring of each other. The police, ambulances, firefighters all did a stellar job and continue to do so today.”

Glasgow, a city of about 600,000 people, has transformed its traditional image of being a rough and tumble city to one with a vibrant music and arts scene. It was also among the cities that hosted Olympic soccer matches in 2012 and will hold the Commonwealth Games in 2014.

The search has ended after one person died and one person was seriously injured in an avalanche at a Northern California ski resort on Friday. 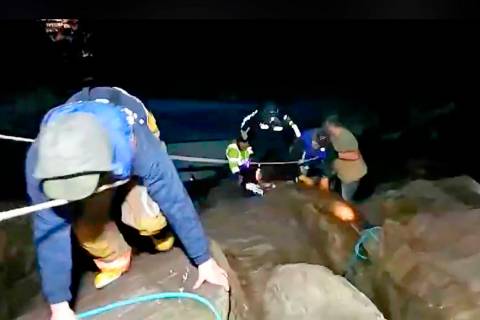 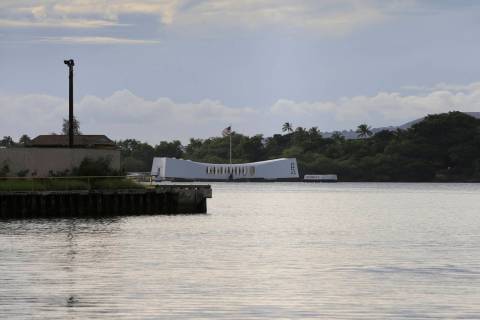