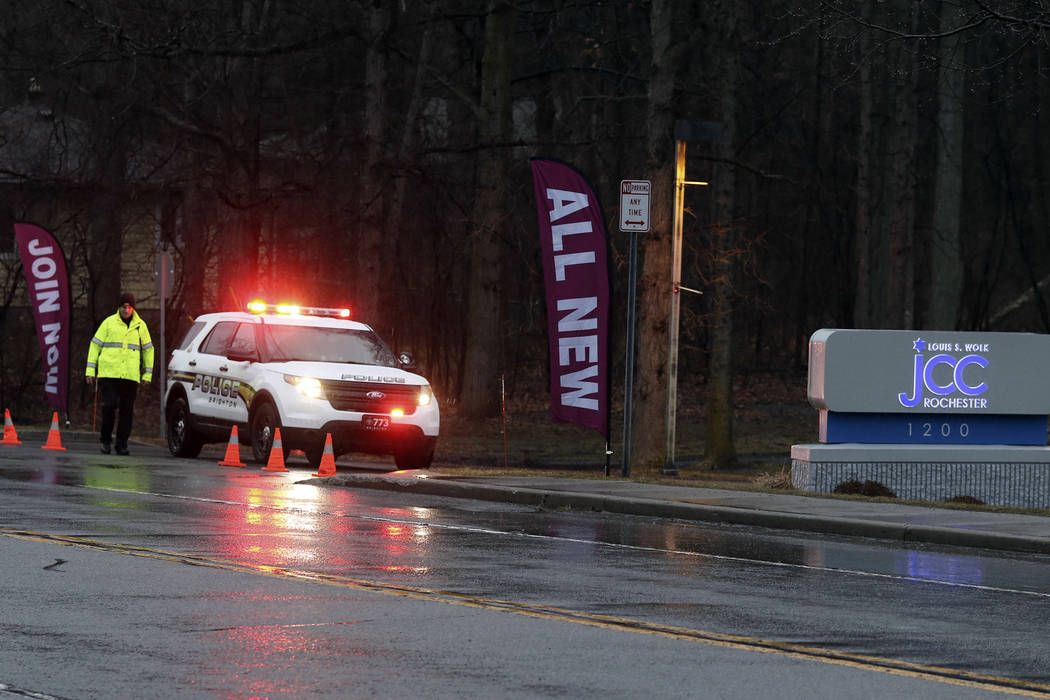 A police officer stands in front of the Louis S. Wolk Jewish Community Center of Greater Rochester after a bomb threat was reported in Brighton, N.Y on Tuesday, March 7, 2017. (Tina Macintyre-Yee/Democrat & Chronicle via AP)

WASHINGTON — The entire U.S. Senate is calling on the Trump administration to take more aggressive steps to counter the growing number of anonymous bomb threats against Jewish organizations and institutions across the country.

All 100 senators say in a letter sent Tuesday that the incidents are becoming more frequent and failure to take swift action places innocent people at risk. Targets of the threats include synagogues, Jewish day schools and community centers.

The senators say these “cowardly acts aim to create an atmosphere of fear.” They say at least 98 incidents against community centers and schools in 33 states have been reported in the first two months of 2017 alone.