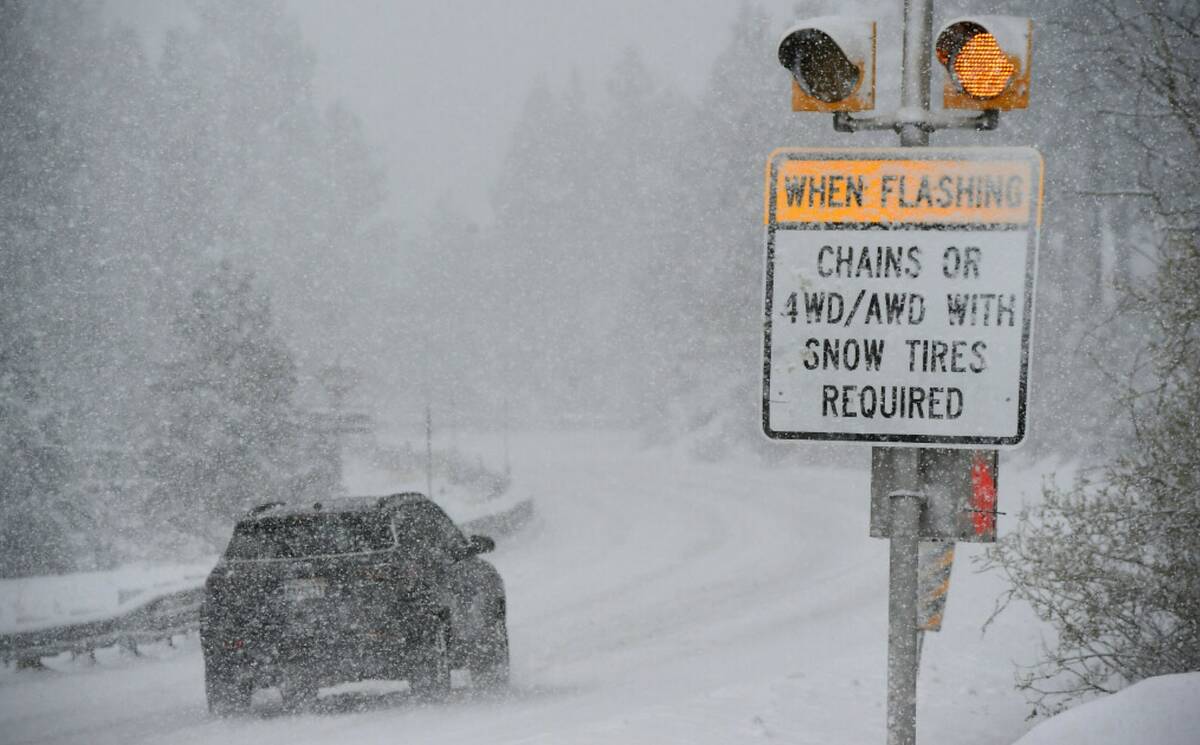 A car passes a caution sign as heavy snow falls on the Mt. Rose Highway near Reno, Nev., on Dec. 1, 2022. (Jason Bean/Reno Gazette-Journal via AP) 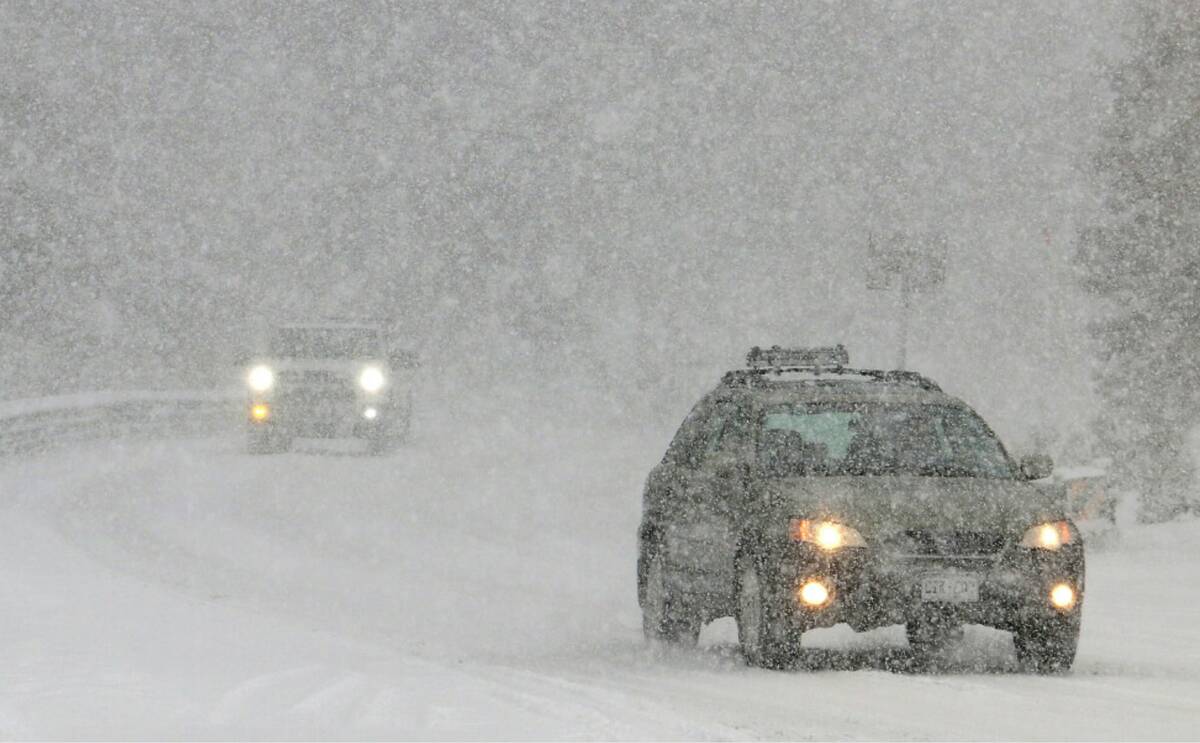 A winter storm warning remains in effect through 4 a.m. Friday from south of Yosemite National Park to about 200 miles north of Reno and Lake Tahoe.

More than a foot of snow is expected around the lake by Friday, with up to 30 inches above 7,000 feet, where winds could gust in excess of 100 mph, the National Weather Service said.

“The combination of heavy snow and wind will bring periods of whiteout conditions,” the service said.

The storm out of the Pacific Ocean roared ashore in Northern California early Thursday, bringing heavy rain that snarled the morning commute and prompted flood advisories in the San Francisco Bay Area and south into the Central Coast.

Westbound traffic on I-80 was being held at the California-Nevada state line on the west edge of Reno at midday while crews worked to clear a jack-knifed semi-trailer truck that was blocking the slippery travel lanes, the California Highway Patrol said.

Otherwise, chains were required on all but four-wheel-drive vehicles with snow tires on a 43-mile (70-km) stretch of the interstate over the top of the Sierra north of Tahoe between Gold Run and Truckee, California.

The service said the heaviest snow — at times at rates of 2 to 4 inches an hour — was expected Thursday afternoon. About 8 inches (20 cm) of snow already was reported north of Reno at Susanville, California, where a weather spotter reported 6 inches fell over about two hours.

The Sierra Avalanche Center in Truckee issued a backcountry avalanche warning through Friday for the Central Sierra Nevada, including the Tahoe area.

“Feet of new snow and strong winds will overload an already weak snowpack and result in very dangerous avalanche conditions in the mountains,” the center said Thursday.