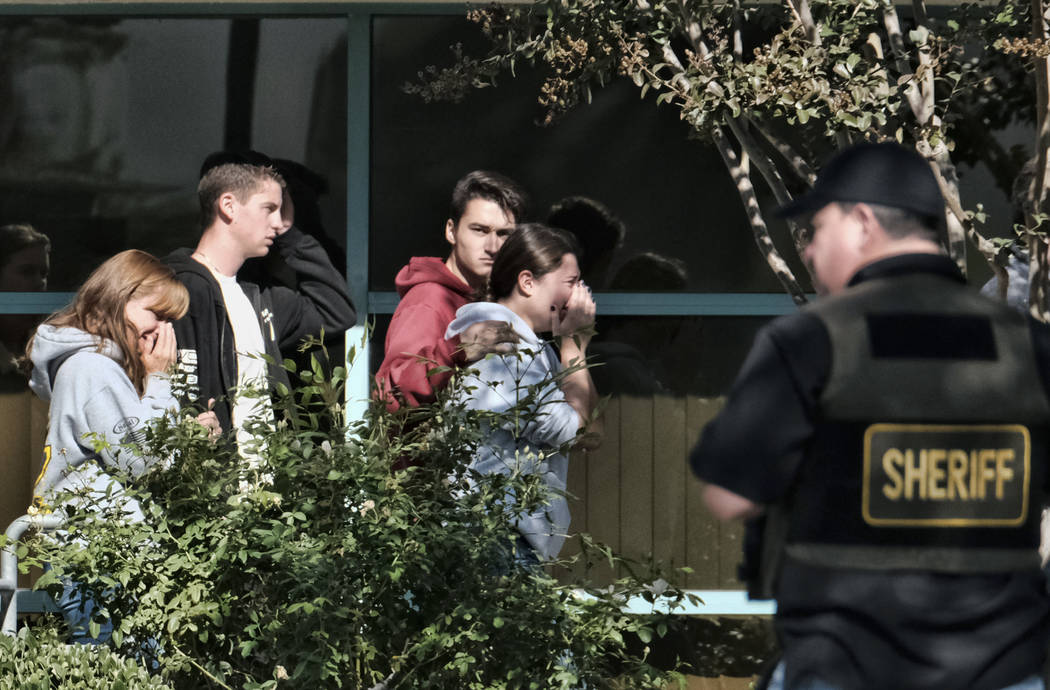 Grieving people are led into the Thousand Oaks Teen Center where families have gathered after a deadly shooting at a bar, Thursday, Nov. 8, 2018, in Thousand Oaks, Calif. Multiple people were shot and killed late Wednesday by a gunman who opened fire at the Borderline Bar & Grill, which was holding a weekly country music dance night for college students. (AP Photo/Richard Vogel) 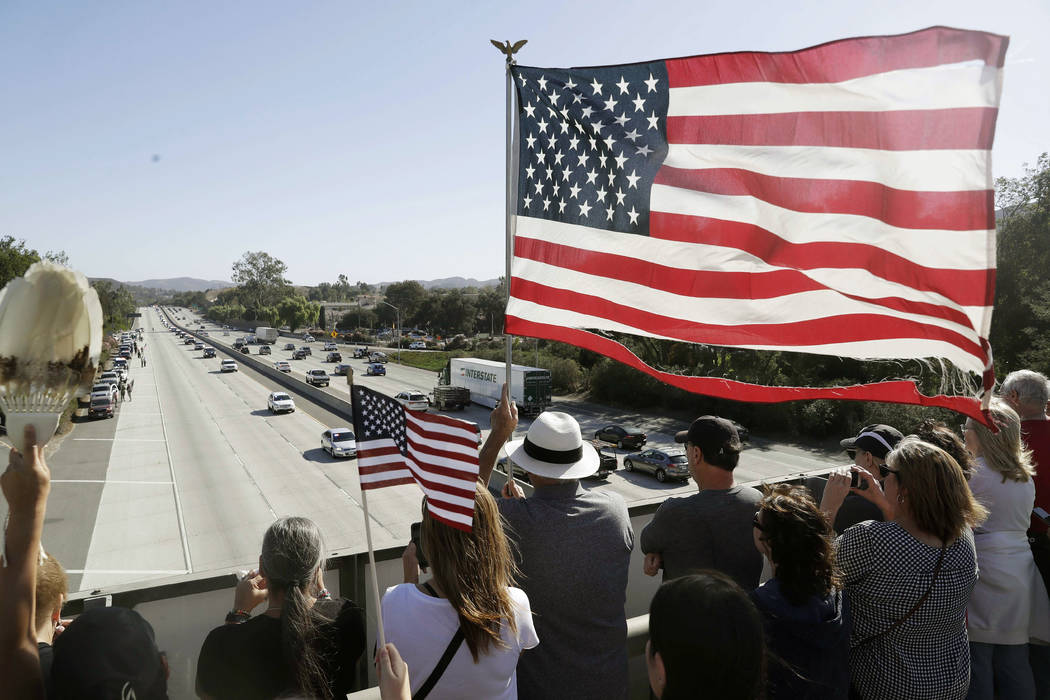 People look on from an overpass as a motorcade with the body of Ventura County Sheriff's Sgt. Ron Helus passes by Thursday, Nov. 8, 2018, in Newbury Park, Calif. Helus was fatally shot while responding to a mass shooting at a country music bar in Southern California. (AP Photo/Marcio Jose Sanchez) 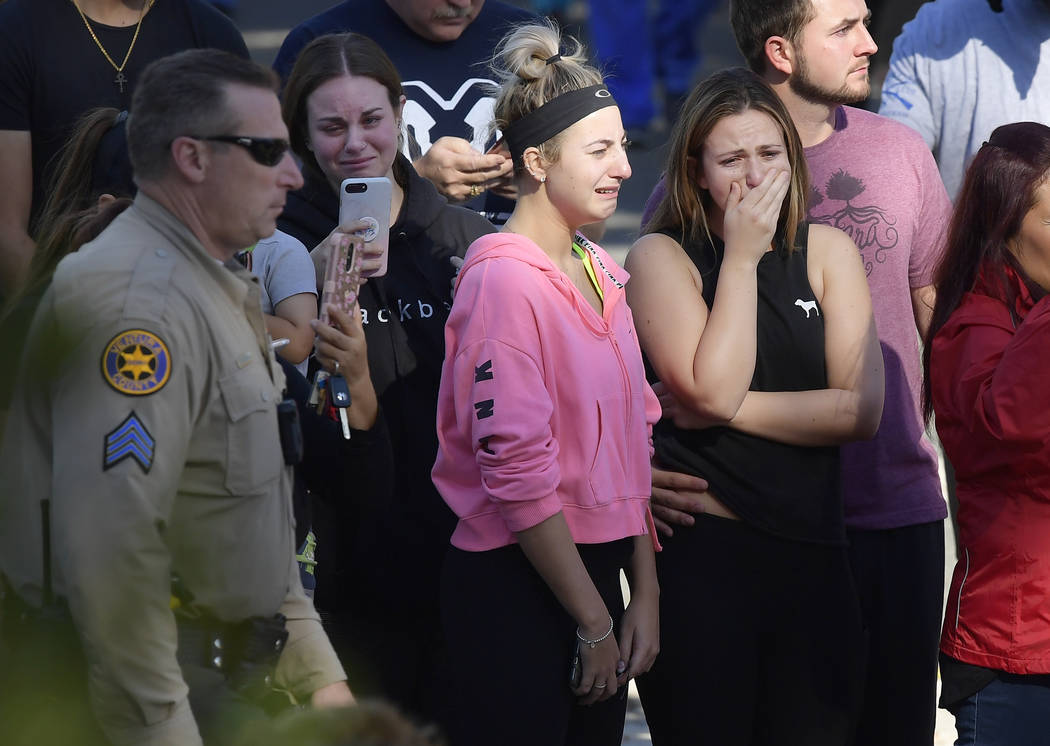 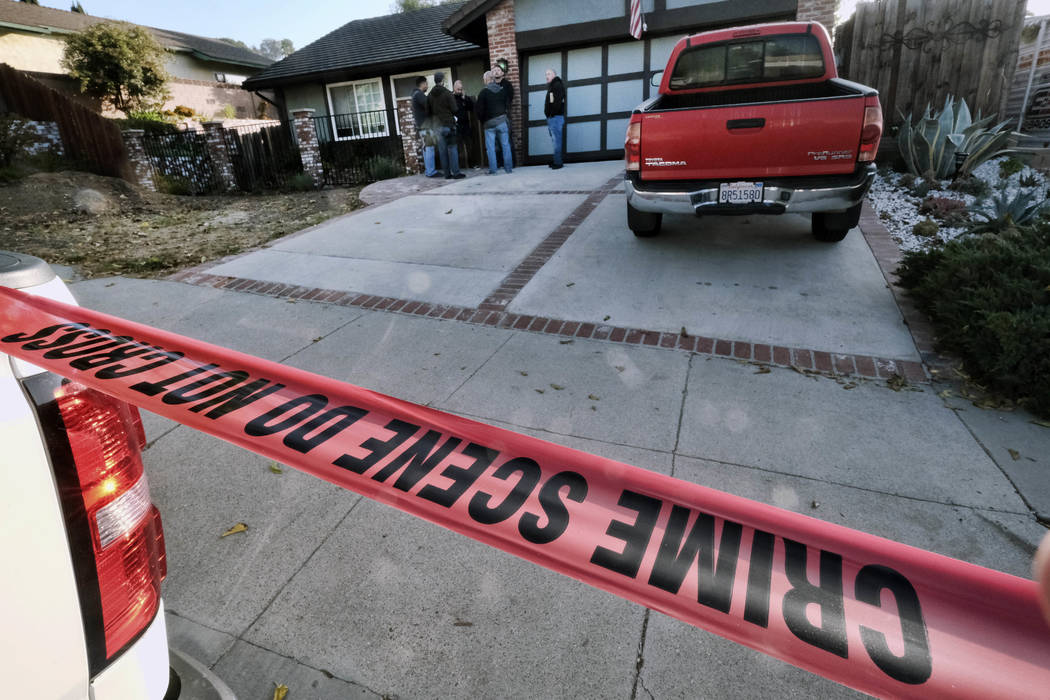 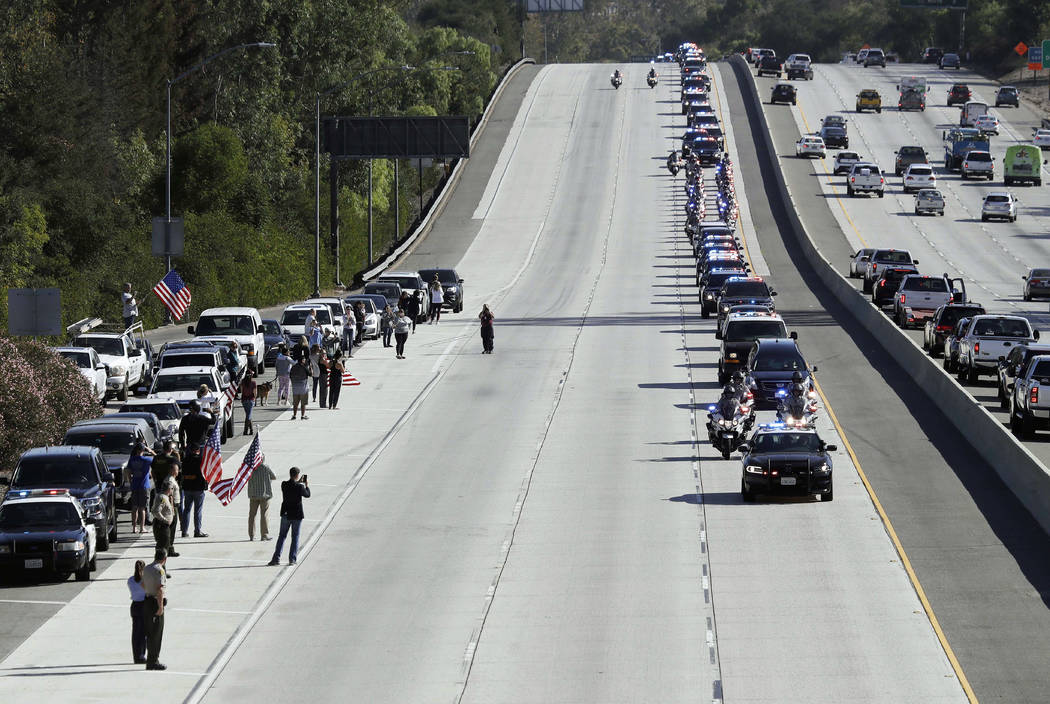 THOUSAND OAKS, Calif. — “Sister Sister” actress Tamera Mowry-Housley and her husband say their 18-year-old niece was among those killed in the Southern California mass shooting.

The actress and her husband Adam Housely confirmed Thursday that Alaina Housely was killed in the shooting at Borderline Bar & Grill in the city of Thousand Oaks.

They say their “hearts are broken” and say they are “devastated that her life was cut short in this manner.”

They called Alaina Housely “an incredible young woman with so much life ahead of her.”

A suitemate of Housely at Pepperdine University said on Twitter earlier Thursday that Housely was among a group of women who went dancing at the bar and had not returned.