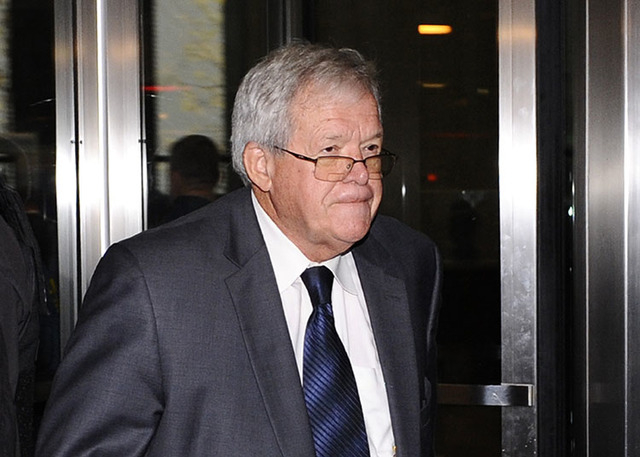 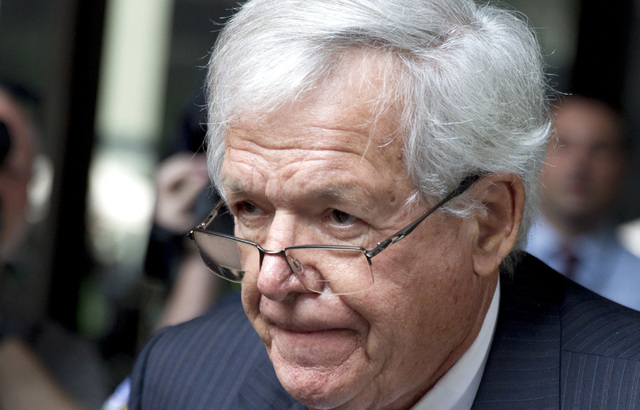 YORKVILLE, Ill. — The small town that boasted of the role it played in Dennis Hastert’s ascent from high school wrestling coach to speaker of the U.S. House spoke bitterly of him on Saturday, a day after prosecutors detailed allegations that Hastert sexually abused several members of the team.

The Illinois Republican’s reputation for congeniality contrasts with the government’s portrayal of him in a pre-sentencing filing late Friday as a manipulator who exploited his mentor role to prey on young athletes. Prosecutors say he also lied to investigators about why he agreed to pay one alleged victim $3.5 million, falsely accusing the victim of trying to extort him.

The Hastert revelations have made Yorkville seem less idyllic, Mike Piatkowski, a 65-year-old retired UPS driver, said as he watched his grandson, a freshman at Yorkville High School, at a Saturday baseball practice.

“It’s going to be hard to trust anybody, especially with the kids,” he said.

Hastert pleaded guilty last fall to violating banking laws in how he structured his cash withdrawals. Prosecutors said they would have considered abuse charges, but the statute of limitations for bringing such charges expired decades ago.

The court documents detail sexual abuse allegations involving at least four boys that took place at a motel or in the boys locker room at Yorkville High School, where Hastert taught and coached from 1965 until 1981. It describes a “Lazyboy” style chair where Hastert often sat in the locker room with a direct view of the stalls where the boys showered.

An emailed statement from Hastert’s lawyer, Thomas Green, on Saturday — as in earlier defense filings — refers only in general terms to past misconduct by Hastert.

“Mr. Hastert acknowledges that as a young man he committed transgressions for which he is profoundly sorry,” Green wrote.

Hastert helped put Yorkville on the map during his eight years as House speaker, making his unmasking all the more painful, several residents said.

Bob Evans, a former school colleague and friend of Hastert’s, recalled telling someone during a fishing trip in Canada years ago that he was from Yorkville and the person knowing it was the House speaker’s hometown.

“It hurts even more because we were all so proud of him,” he said of Hastert’s fall from grace.

Now, Evans said he and many others in town are asking themselves the same question: “All this time together, what the hell did I miss?”

Hastert left Yorkville High School for the state Legislature in the early 1980s. He entered Congress in 1987 and became speaker in 1999, holding the spot until his retirement in 2007. He now lives near Yorkville, in Plano.

In the court filing, prosecutors say Hastert “was so sure his secrets were safe that he apparently had no fears about entering a profession where one is subject to constant scrutiny and media attention.”

Around 2010, one of the victims confronted Hastert about what he had done to him decades earlier, prosecutors contend. After the two agreed on a total payment of $3.5 million, Hastert managed to pay $1.7 million from 2010 to 2014. They stopped when the FBI questioned Hastert in late 2014 in about his massive cash withdrawals. They had no inking abuse allegations had anything to do with the case when they first approached Hastert, Friday’s filing said.

According to prosecutors, it was only shortly after that first interview that a Hastert lawyer got back to agents with an explanation: Hastert was being extorted by the former student, who is referred to in the filing as Individual A, on a contrived claim of sexual-abuse.

Hastert even agreed to let investigators record his phone conversations with Individual A in March 2015, saying the calls would prove his extortion claim. They didn’t.

On the contrary, prosecutors concluded that Individual A never threatened Hastert and that he pushed their agreement to be formalized in documents drawn up by lawyers. It was Hastert who wanted no one else involved, they said.

Prosecutors recommended Friday that Hastert get up to six months in prison when he is sentenced on April 27. Defense lawyers have asked for probation, citing what they described as the already steep price he’s paid in public shame.

The lingering good will for Hastert even after the May 2015 indictment was unsealed now seems to have largely dissipated in Yorkville.

Russ Scholl, 70, said he didn’t want to believe the allegations at first. Now, he says, Hastert needs to go to prison and “pay for what he did.”

Tony Graff, Yorkville’s former police chief, said that although the Hastert scandal has left the town with a black eye, locals have always had other things to be proud of independent of, including a tradition of community service.

“The pride is still there,” he said. “The community will get through this.”