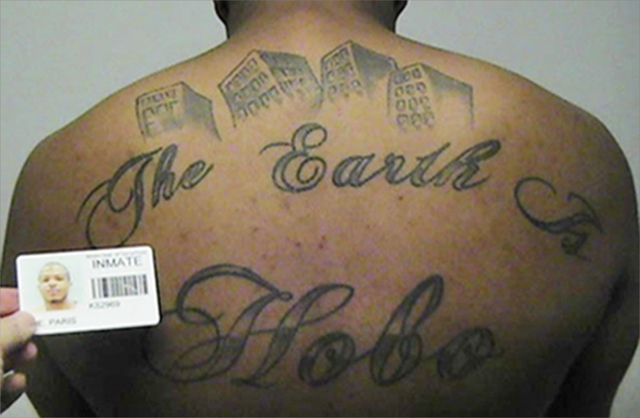 This undated photo in a court filing provided by the U.S. Attorney's office in Chicago, shows Paris Poe's back tattoo that reads 'The Earth Is Our Turf, and Hobo. The Hobos are a South Side gang that federal prosecutors say murdered, maimed and tortured their way into control of some of Chicago's most lucrative drug markets. (AP) 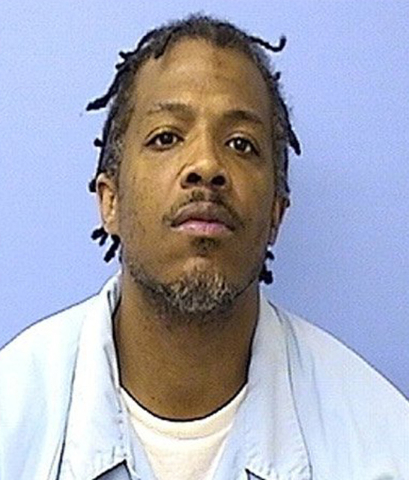 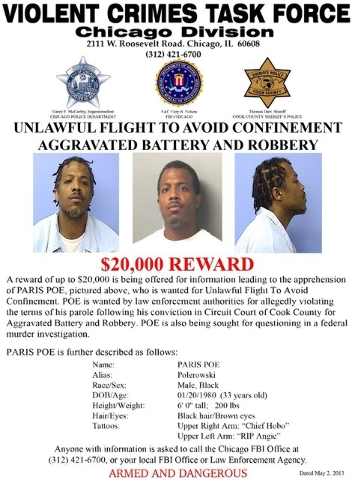 CHICAGO — The biggest street-gang trial in recent Chicago history starts in earnest with opening statements Wednesday, with months of testimony expected to provide a rare inside look at the kind of gangland activity that’s helped fuel deadly gun violence in the nation’s third largest city.

On trial for federal racketeering charges are six purported leaders of the Hobos street gang who prosecutors say murdered, maimed and tortured their way into controlling the most lucrative drug markets on the city’s South Side.

Among the defendants is alleged Hobos hit man Paris Poe, who prosecutors say killed a government witness in 2013, shooting the man 25 times at close range while his horrified step-kids, aged 4 and 6 at the time, screamed in the back seat of a car. The 4-year-old later told investigators the “Boogie Man” had attacked them, according to court filings.

Prosecutors will seek to prove that the defendants’ criminal conspiracy involved at least nine murders, including the execution-style killing of semi-pro basketball player, Eddie Moss Jr., in a case of mistaken identity and the fatal drive-by shooting of two rival gang members outside a funeral home.

Security is heavy at federal court in downtown Chicago, with a walk-through metal detector and bomb-sniffing dog at the courtroom entrance. The judge ordered jurors’ names be kept secret to ensure they aren’t subject to intimidation. U.S. marshals have already said they’re investigating reported threats against several likely witnesses.

The 36-year-old Poe, alleged Hobos boss Gregory “Bowlegs” Chester and four other co-defendants have all pleaded not guilty. If convicted, they each face maximum life prison sentences.

Prosecutors say the Hobos formed from several fractured gangs with home bases in Chicago public housing complexes that have since been demolished.

Government filings cite one co-defendant, William Ford, as explaining in a secretly recorded conversation how the gang got its name from an early emphasis by its founders in 2003 on jewelry and other heists. “After they kept robbin’ … they like, ‘Man, we Hobo,’” Ford said, according to court filings. “And Hobos, all they do is, is sleep and rob.”

But the Hobos apparent willingness to resort to violence meant those goals changed over a decade to the point where they became one of the city’s dominant gangs. Another Hobos motto, which Poe has tattooed to his back, reflected that greater ambition — “The Earth Is Our Turf.”

While narcotics promised huge profits, robbery remained an aspect of their criminal enterprise, prosecutors say. They allegedly held up then-NBA basketball player Bobby Simmons at gunpoint outside a nightclub in 2006, getting away with the athlete’s $200,000 white gold necklace. Prosecutors say they also robbed other drug traffickers.

The violence wasn’t all one way. Court filings describe a gunbattle between Hobos and rival Black Disciples during a summer picnic in 2007, when Chester was shot 18 times. The Hobos spent weeks retaliating, shooting one Black Disciple in face during a drive-by shooting and hitting another as he walked into a daycare center.