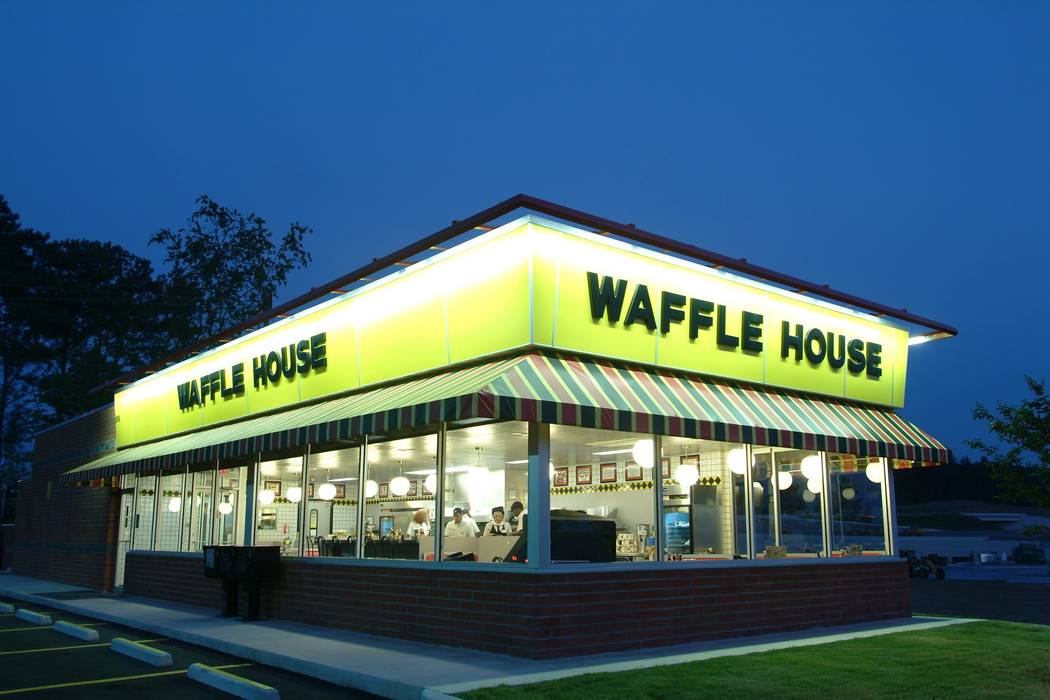 TUSCUMBIA, Ala. — Authorities say an Alabama man fell through the ceiling of a Waffle House restaurant during an apparent theft attempt while customers were inside.

Al.com reports he fell through the ceiling into the dining room Sunday. Cellphone videos captured the incident.

Tuscumbia Police Chief Tony Logan says the man had removed his pants, but left his ID in his pocket, in the bathroom and used them to tie the door closed. He says investigators believe the man was attempting to enter the restaurant’s office through the ceiling when he fell.

Logan says patrons tried to capture the suspect, but he ran to an apparent getaway car driven by an accomplice. A police sergeant chased the vehicle, which got stuck in the woods.

The sergeant is seeking a felony criminal mischief warrant for the man who fell through the ceiling.