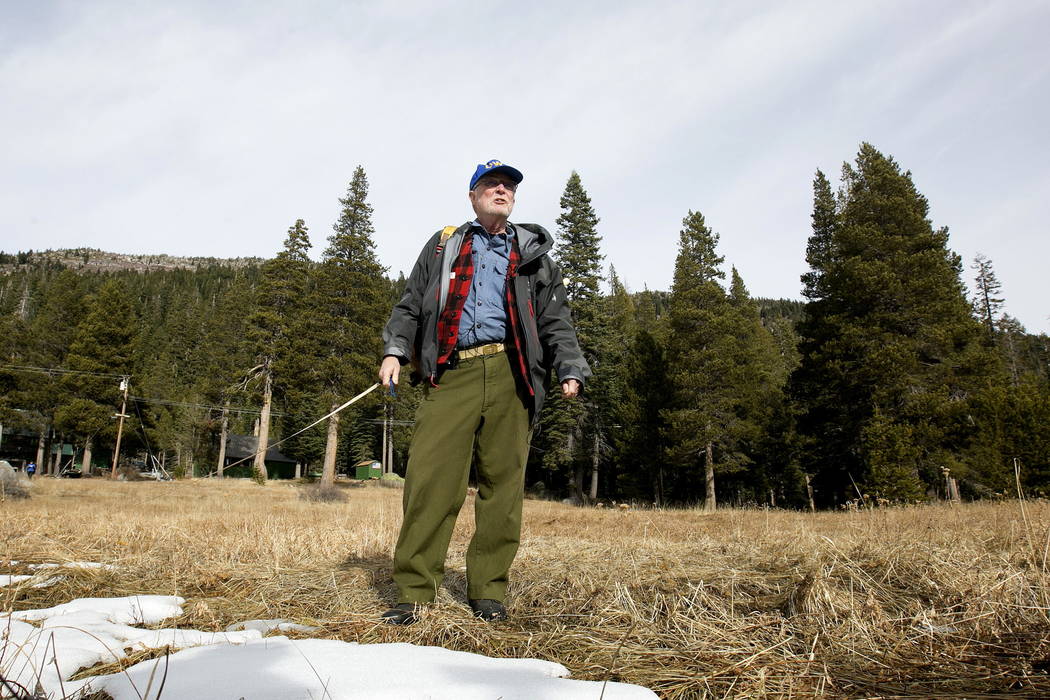 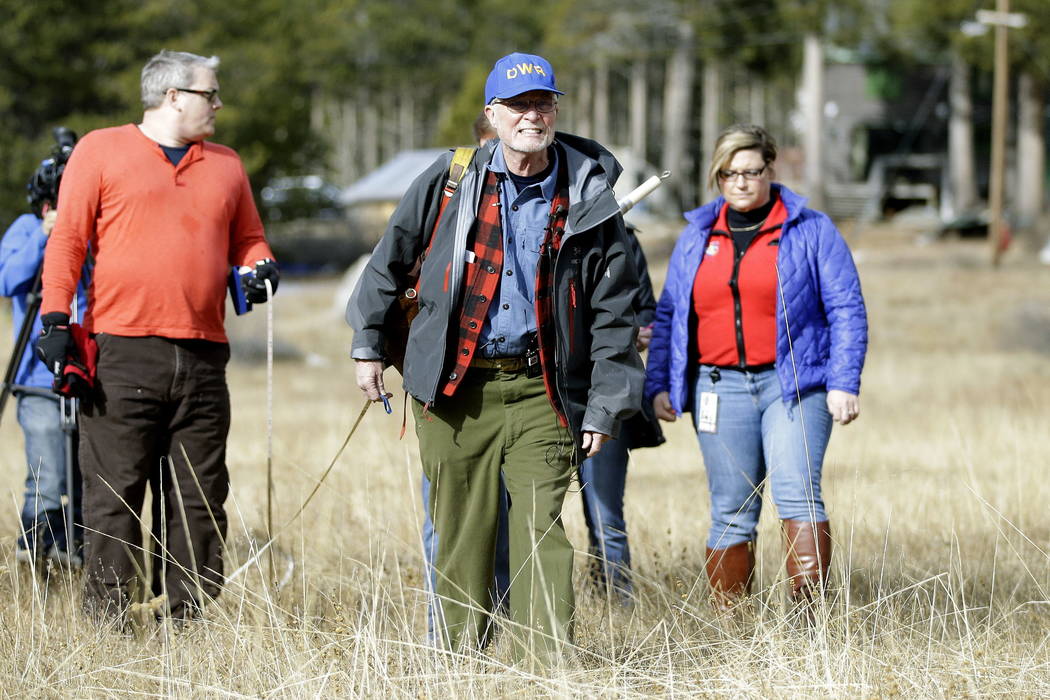 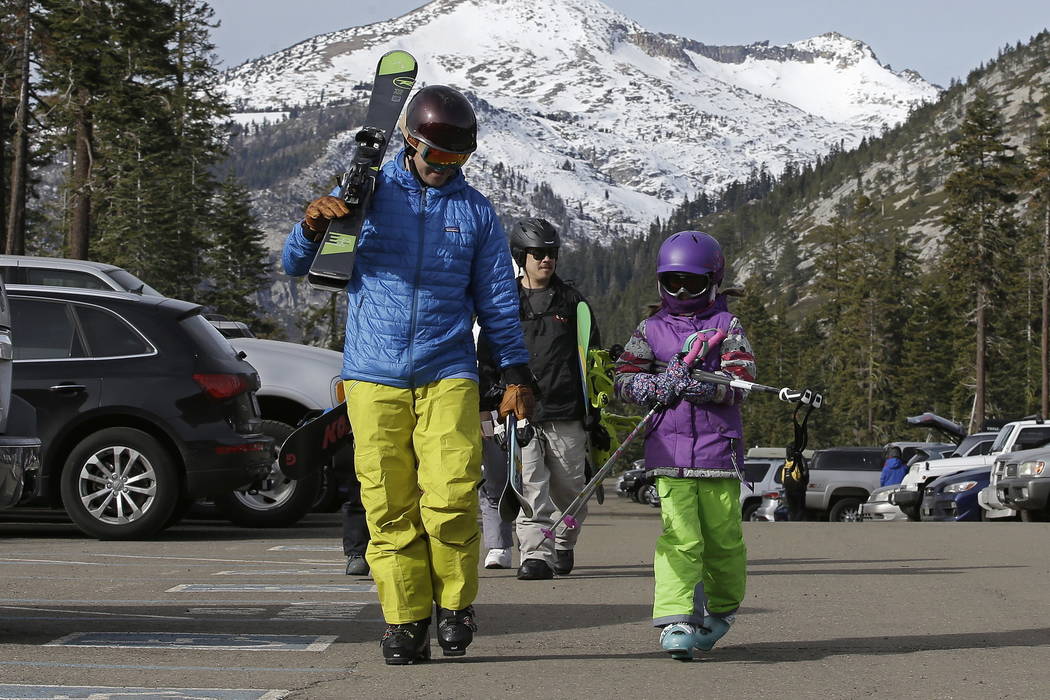 PHILLIPS STATION, Calif. — The grassy brown Sierra meadow where California’s water managers gave the results of the winter’s first manual snowpack measurements Wednesday told the story — the drought-prone state is off to another unusually dry start in its vital winter rain and snow season.

“We would like to have had more snow,” Grant Davis, head of California’s Department of Water Resources, told news crews gathered in this mountain field, bare of all but a few crusty dots of old snow.

“It’s early,” Davis said. “We’re obviously hopeful there will be more snow the next time we come out here.”

He spoke after Frank Gehrke, head of the state’s snow survey team, stuck a metal pole into one of the few patches of snow at the site, measuring just over an inch, or 3 percent of normal.

Climate change increasingly is changing the mountain snowfall equation, but historically up to 60 percent of Californians’ water supply each year starts out as snowfall in the Sierras. That makes the state’s manual and electronic snowpack measurements in these mountains crucial gauges of how much water cities and farms will get in the year ahead.

This winter, one month into the state’s peak storm season, snowpack across the Sierras stood Wednesday at 24 percent of normal.

The dry spell is even more acute in Southern California, including Los Angeles, which the National Weather Service said this week was marking its driest 10-month period on record. Residents there last saw significant rainfall in February.

The dry start to the rain and snow season is raising worries the state could be plunging right back into drought. The scene Wednesday was remiscent of 2015, when Gov. Jerry Brown stood in a brown, dry Sierra meadow equally bare of snow to declare a drought emergency, including mandatory water cutbacks by cities and towns.

Near-record rainfall last winter snapped the historic drought, filling reservoirs and sending many rivers over their banks. Reservoirs remain at 110 percent of normal storage thanks to the last wet winter, water officials said.

As Californians, “we live in the most variable climate in the country,” Davis said Wednesday, surrounded by forecasters and water officials in parkas for their mountain-meadow news conference. “That variability is what we have to manage.”

He called for more improvements in long-range forecasting, to help the state’s reservoir managers better operate dams for both water supplies and flood control. As the climate changes, much of the state’s water is coming in the form of rain during storms known as “atmospheric rivers,” Davis noted.

“It’s very clear to us that we need to have more information” about how atmospheric rivers behave overall, Davis said.

This winter, in contrast to the previous rain-sodden one, meteorologists point to a strengthening La Nina weather pattern in the Pacific, which typically brings drier weather.

A stubborn ridge of high pressure in the Pacific — the same bad guy during the state’s drought — has been blocking storms from reaching Southern California in particular.

In December, dry winds and parched vegetation combined for the state’s biggest wildfires on record in the Los Angeles area, after deadlier wildfires in Northern California in October.

Even as the water officials spoke Wednesday, a welcome new storm carried some of the first rain in weeks into Northern California, which also had marked one of its driest Decembers on record.

Parts of Northern California will see rain — but not massive amounts of it — through the first half of January, with 1 or 2 inches (2.5 or 5 centimeters) of snow expected in the Sierras, the weather service said.