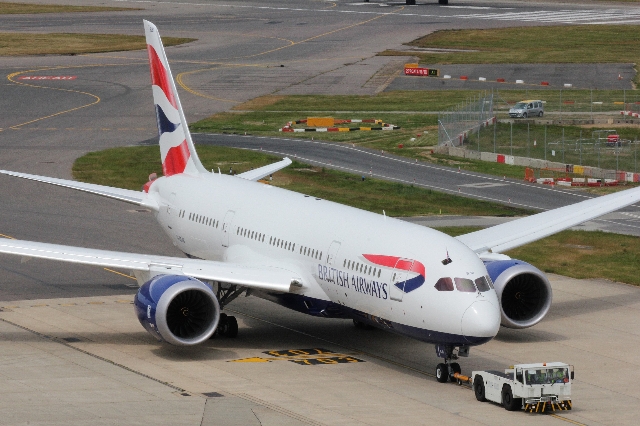 BOSTON — A female passenger who was apparently intoxicated attempted to open an exit door on a Boston-bound British Airways flight on Tuesday, prompting people on the plane to restrain her, the Massachusetts State Police said.

Troopers took the woman, who is about 30 years old, into custody after the aircraft landed at Logan International Airport. There was no indication of any terrorism tie to her actions, said state police spokesman David Procopio in an e-mail.

British Airways said the crew had asked police to meet the flight due to an unruly passenger.

An earlier state police report that the woman had attempted to open the cockpit door was inaccurate, police said.

The FBI said it was responding to the incident.