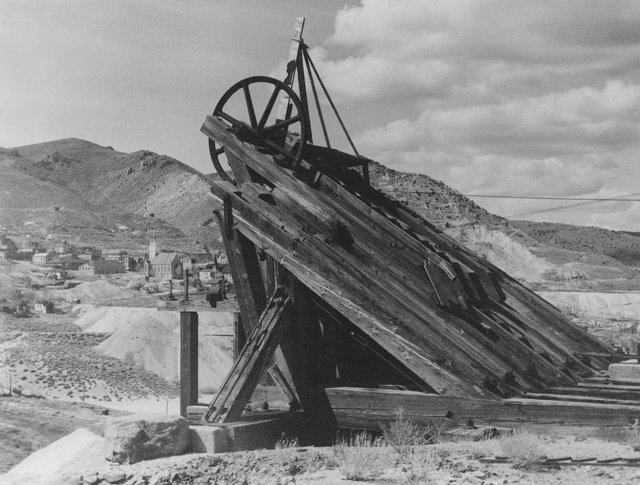 The Combination Shaft was created in 1875 during the Comstock Lode in Virginia City. The mineshaft was the second-deepest in the world at 3,250 feet. (Courtesy The Western Nevada Historic Photo Collection)

Nevada was once home to the second-deepest mine shaft in the world.

The Combination Shaft was created in 1875 during the Comstock Lode in Virginia City, said Mike Visher, deputy administrator at the Nevada Minerals Division. It was 3,250 feet deep.

“That would be almost 11 football fields,” he said.

The deepest mine shaft in the world was the Adalbert Shaft in the silver mines of Bohemia. However, it was only 30 feet deeper than the Combination Shaft at 3,280 feet, according to the Nevada Observer.

The Combination Shaft was sunk at the rate of 3 feet a day, Visher said. It was 30 feet by 10 feet in size.

There were several mine shafts that were around 3,000 feet deep in Virginia City during the Comstock Lode, said David Davis, geologic information specialist with the Nevada Mines and Geology Bureau.

Miners in Nevada were some of the highest-paid in the world, he said.

Miners working in Virginia City during the Comstock Lode were getting paid $4 a day, Davis said. They were working 12 hours a day, six days a week.

At that time, the average miner was getting paid $2.50, he said.

However, the working conditions prevented them from living long, healthy lives.

Temperatures at the bottom of the shafts would reach about 130 degrees, Davis said.

After working for about 30 minutes, men would have to go into an “ice room” to cool down.

Many of them became ill with what was known as “miners consumption,” which is now referred to as “silicosis,” a lung disease developed by inhaling silica, Davis said.

“Most of those guys never made it to their 40s,” he said.