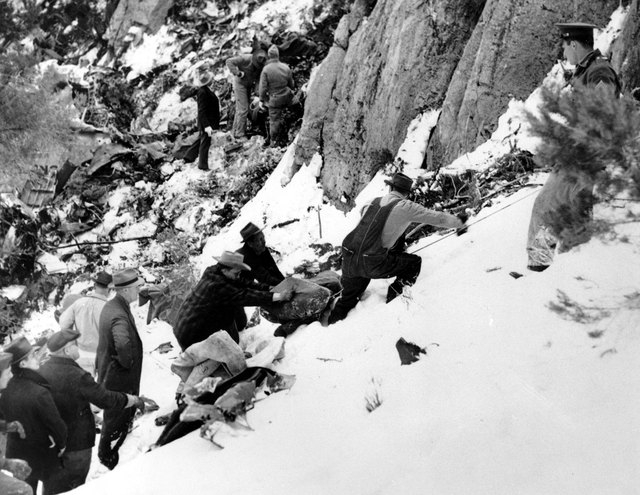 The blanket-wrapped body of film actress Carole Lombard is removed from the shattered wreckage of the Los Angeles-bound TWA airliner on Mount Potosi, southwest of Las Vegas, on Jan. 16, 1942. Lombard, 33, who was on tour to sell war bonds, and 21 other passengers, were killed when the plane crashed into the cliff high on the snow-covered mountain. In the background are searchers looking for other bodies. (AP Photo) 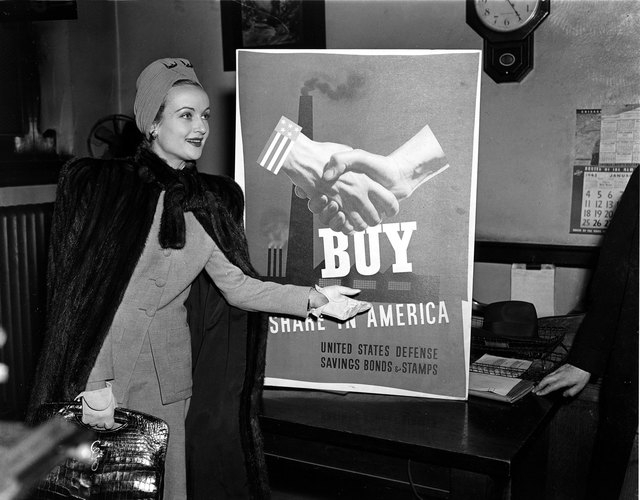 Actor Byron Tidwell plays Charles Dickens in a one-man "Christmas Carol" that opens at the Onyx Theatre Friday and closes Dec. 28. It may be the final production at the intimate Commercial Center theater. (Courtesy photo)

The basics are well known to Las Vegans. Actress Carole Lombard died in a plane crash on Mount Potosi southwest of Las Vegas on Jan. 16, 1942, coming back from a trip selling war bonds just weeks after war broke out in the Pacific.

But author Robert Matzen provides plenty of details and insights into why Lombard was on that plane when she shouldn’t have been and why she essentially died because of her fatal flaw — impatience.

Matzen does more than tell the story of how Lombard lived and died at 33; he researched the lives of the other 21 people who also died that night. He told the story of the people who struggled to rescue any survivors. And the grim story of recovering their remains.

Matzen’s “Fireball: Carole Lombard and the Mystery of Flight 3” speculates about why the crash even occurred. No official cause was ever given; but after eliminating the other possibilities, such as sabotage, mechanical failure and pilot error, he offers a reasonable theory. I won’t blurt it out here, but it sounds plausible.

His book should appeal to movie watchers (which I am) and to aviation experts (which I am not).

“I tried to make this very much a story about Las Vegas and the really cool people who lived there. A story about the desert, about Goodsprings, about Blue Diamond. I went for that local flavor,” Matzen said in a phone interview Thursday from his home outside Pittsburgh.

The recent cold spell made it easier to imagine how the rescue party, led by Lyle Van Gordon and Jack Moore, struggled to climb up Mount Potosi 30 miles southwest of Las Vegas, only to find pieces of bodies flung across the snow. Matzen’s descriptions were stomach-turning.

“I went into that level of detail because I wanted to say this is what rescuers and responders saw,” he explained.

Although it had been reported before, Matzen said he was able to get people to open up more about the fight between Lombard and Gable over Turner.

The book is now available on Amazon; but just before it went to press, Matzen found a woman, one of four people bumped from Flight 3. She is 94 and lived in Albuquerque and was the only one still living and able to discuss what it was like to, by chance, live instead of die.

In his prologue, Matzen described hiking up to the crash site and realizing “this wasn’t just Carole Lombard’s story. It was the pilot’s story and the co-pilot’s and the stewardess’. It was the story of 15 Army Air Corps personnel who died, men as young as 19 and as old as 28, and it was the story of three other civilians.”

So Matzen wrote about all of them.

One particularly poignant aspect is his listing all the things which, if they had happened differently, would have meant Lombard would have lived. Although warned by government officials to take the train, she took a flight from Indiana to Hollywood. She pushed her way onto a crowded flight by using her movie-star clout, bumping three men from the U.S. Army Air Corps, who ended up living as a result.

She ignored her mother’s pleas to not fly, as well as MGM press official Otto Winkler. When she insisted, both died in the crash with her.

She and Winkler flipped a coin about whether to fly or take the train. He lost.