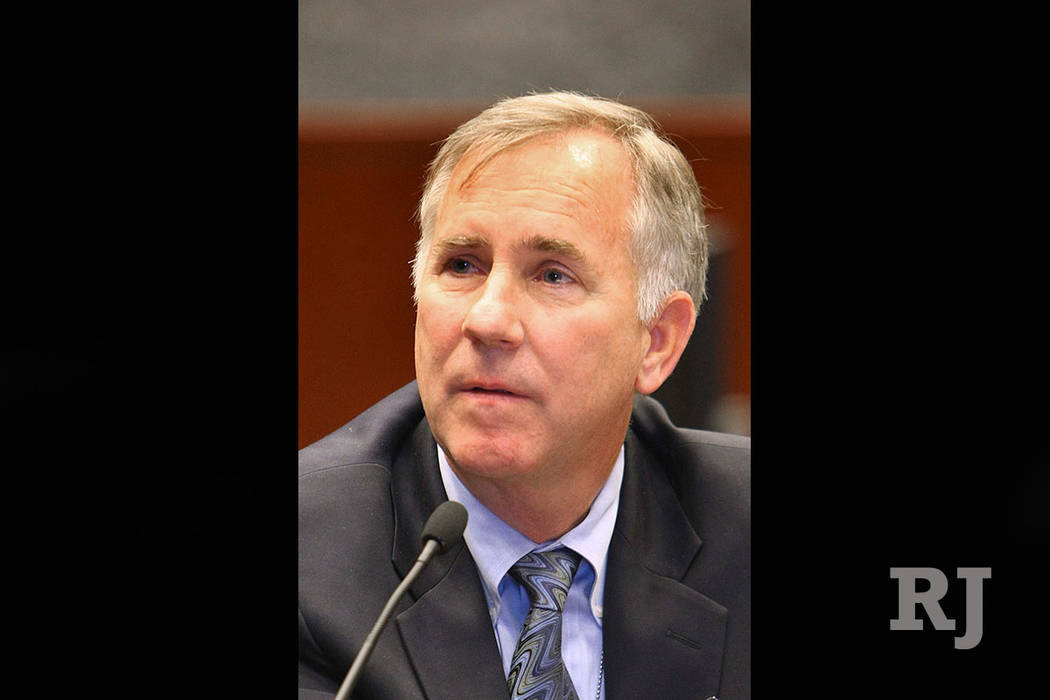 It’s a pattern for the Reno-based judge. The 9th Circuit Court of Appeals has on at least eight occasions since 2012 authored opinions criticizing him harshly.

He was most recently chastised in May, according to Courthouse News Service, a web-based national news organization specializing in covering civil litigation.

In one case, Jones ruled against the government and was reversed. An appellate judge wrote that Jones “demonstrated his unwillingness to consider the United States’ interest in this case.”

A second water case was reassigned. The appellate judges wrote that “Judge Jones would have substantial difficulty putting out of his mind previously expressed views about the federal government and its attorneys, and that reassignment will preserve the appearance of justice.”

Born and raised in Las Vegas, Jones was a bankruptcy judge for 10 years before he was appointed a district judge in 2003. He relocated to Reno in 2009 and took senior status in 2016.

An analysis by the online legal research service Westlaw for the Las Vegas Review-Journal in 2016 showed he was the most overturned judge in Nevada’s U.S. District Court. Out of 321 cases heard by Jones since he was appointed in October 2003 until March 2016, Westlaw found 38 (12 percent) were fully reversed. An additional 38 cases were affirmed in part and reversed in part.

One would think he would be shamed into fully retiring, given all the money that has been wasted on cases being overturned or reassigned because of his biases.

In a 2016 column, I urged him to leave the bench after the 9th Circuit, for the sixth time since 2012, issued an opinion slamming Jones.

Here are a few of the appellate judges’ comments in prior cases:

“Judge Jones excoriated and mocked counsel and offered lengthy criticisms of the settlement agreement despite counsel’s repeated statements that the parties were not seeking the court’s approval.

“Among other things, Judge Jones noted his own laughter on the record, repeatedly lobbed accusations of malpractice, described counsel’s comments as ‘mealy-mouthed’ and suggested that counsel return to law school.”

‘None of These Candidates’

Jones has interjected himself into political issues and been overturned.

In 2012, the Mormon judge rejected same-sex marriage in Nevada but was overturned two years later.

In 2012 he also was accused of trying to influence a presidential race by ruling in a lawsuit brought by 11 Nevada Republicans that the uniquely Nevada ballot choice of “None of These Candidates” was unconstitutional and ordering it removed from the ballot.

Then he delayed signing the order, which would have prevented it from being appealed and overturned in time for the election. Republicans feared “None” might pull votes from presidential candidate Mitt Romney in Nevada, a swing state.

The appellate court issued an emergency stay that kept Jones’ ruling from taking effect until the appellate court could hear an appeal. That allowed the “None of These Candidates” option to stay on the ballot for the November 2012 elections.

Called out for ‘arrogance’

The language in the final opinion overturning Jones and retaining “None” was brutal. “Such arrogance and assumption of power by one individual is not acceptable in our judicial system,” it read, in part.

Jones has not responded to multiple requests for comment.

However, in the “None” case, when appellate Judge Stephen Reinhardt wrote that Jones was making a “a deliberate attempt to evade review by the higher courts,” Jones issued a written comment that “Judge Reinhardt’s suggestion of a nefarious motivation was false.”

But Jones never explained why, after ruling from the bench, he didn’t sign his order in the time-sensitive case.

In 2015, he was told to stop his practice of barring out-of-state U.S. attorneys from his courtroom. He said that some government attorneys were unethical, although he never named them, just painted all with a broad brush.

Does the waste of time and money in legal cases when his opinions are overturned matter to Jones? Or even embarrass the 71-year-old judge?

Look at the Hage ranching family case, which offers parallels to the Bundy ranch situation.

Since the early 1990s, the Hage family ran their cattle on Bureau of Land Management and Forest Service land near Tonopah without permits. So the government sued the family.

In 2013 Jones wrote an opinion calling the federal government’s actions vindictive against the Hage family.

The higher court reversed him and agreed with the government that the ranching family was trespassing on public lands without a permit. Jones’ 104-page opinion “plainly” went against federal law.

A year ago, U.S. District Judge Gloria Navarro ordered the family to pay $587,000 for grazing cattle on federal lands.

For a second time, I suggest Jones fully retire and quit mucking with justice. He’ll get his full benefits, so he’s not working because he needs the money.

To me, he seems to be working to promote his agenda.