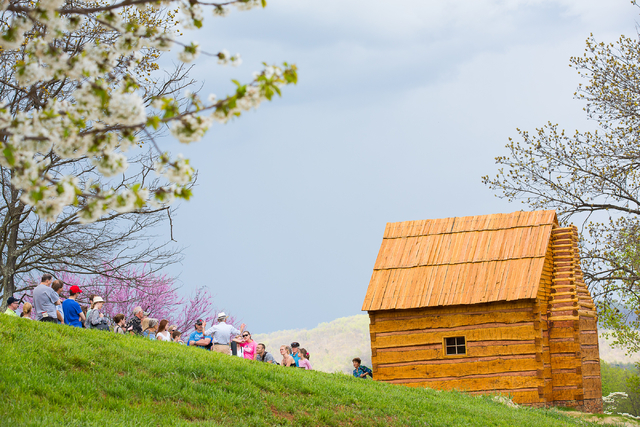 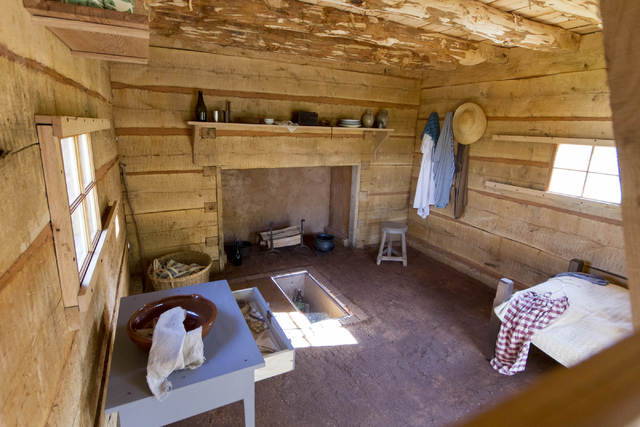 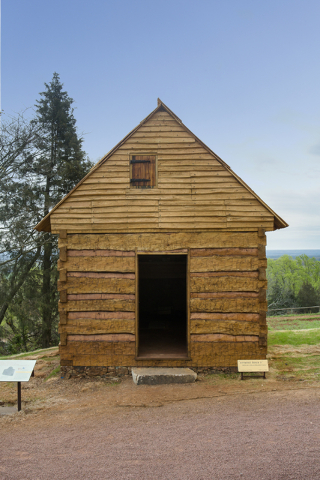 Last year a new element was added to the experience: the “Hemings Family Tour,” which tell stories about Sally Hemings, Jefferson’s mistress and mother of six of his children. It also tells stories about Sally’s mother, her siblings and her children. Monticello has had “Slavery at Monticello” tours since 1993.

For two centuries, historians have argued over whether the man who wrote “All men are created equal” in the Declaration of Independence made a teenage slave his mistress.

The Thomas Jefferson Foundation, which owns Monticello, acknowledges the relationship.

It’s one thing to hear about Hemings’ family in the abstract. It’s another to see a recreation of a 12- by 14-foot cabin just 300 feet away from Monticello, the classic 11,000-square-foot home you see on one side of every nickel.

The contrast between the elegant home at the top of a hill in Charlottesville and the Mulberry Row cabins, along with the slave quarters for the cook and her family underneath the big house, provokes thoughts of the stark differences between the lives of owners and their slaves.

Elegance and marble in one, rough-hewn logs and dirt floors in the other.

It’s right to show it all, which is why philanthropist David Rubenstein donated $10 million in 2013 to create the buildings to show how slaves lived and worked. In the spring of 2015, when the slave tour began, he donated an additional $10 million for further improvements and restoration.

Rubenstein, the co-founder of The Carlyle Group, one of the world’s largest equity firms, told The Associated Press in 2013, “I think it’s important to tell people the good and the bad of American history, not only the things that we might like to hear.” He continued, “And the bad of it is that as great as Jefferson was, nobody can deny that he was a slave owner. I think if Jefferson were around today, he would say, ‘I would like to see Monticello restored as it was.’”

Accuracy is a driving force behind the Thomas Jefferson Foundation’s efforts. Mulberry Row isn’t just someone’s imaginary recreation. It’s based on a 1796 drawing by Jefferson himself. The stories of the people themselves have been carefully researched, one reason Monticello is a UNESCO World Heritage Site that attracts about 440,000 visitors a year.

Jefferson never freed Sally Hemings, but he did free their children. Sally was freed by Jefferson’s daughter after his death, and she left Monticello. I expect more details in the book I just started, “The Hemingses of Monticello,” by Annette Gordon-Reed.

As a journalist, I know that initial news reports aren’t always complete, and that more information emerges later. The news is a starting point, not an ending point.

The first newspaper report that Jefferson took a slave as a concubine was published in 1802, during his first term as president. He ignored the allegation. President Jefferson’s ownership of slaves is now part of the complete picture.

President Woodrow Wilson was a segregationist as well as an internationalist.

When Dennis Hastert was speaker of the House from 1999 to 2007, he had a reputation for congeniality. Today there’s evidence that he sexually abused boys as a high school wrestling coach then paid them off to keep his secret life secret.

In Germany today, children are taught about the Holocaust so their country will never repeat those atrocities.

Yes, Moe Dalitz was a Man of the Year who did plenty for Las Vegas. But he was also a mob associate, as much as some would like to forget it. Many of today’s mob stories gloss over or ignore the political corruption that allowed the mob to flourish in Las Vegas.

Do I think less of Jefferson because he owned slaves and made one his mistress? No, I don’t. But like Rubenstein, I think it’s right to show the full picture of the man. Warts and all was my motto when I wrote news obituaries. The good, the bad, the ugly.