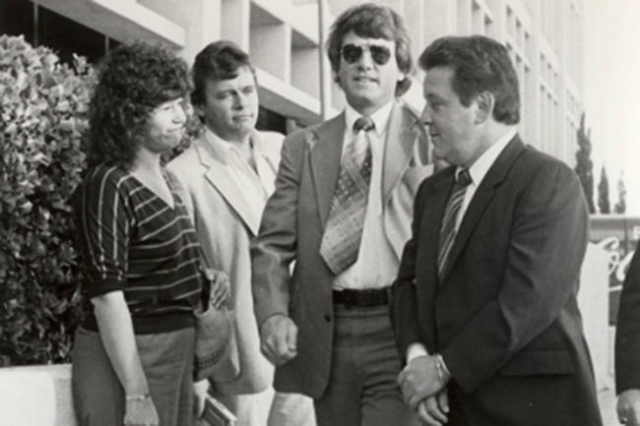 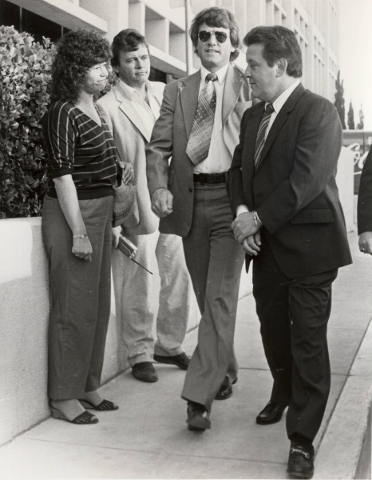 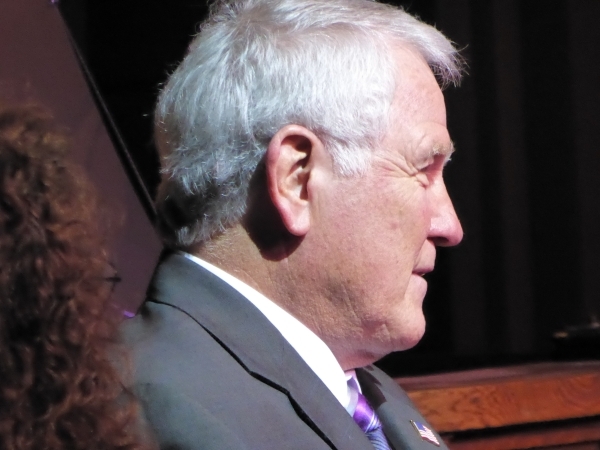 Retired FBI agent Marc Kaspar was a speaker at the Mob Museum for the program focusing on the movie "Casino" on Saturday, Nov. 7, 2015. Jane Ann Morrison/Las Vegas Review-Journal 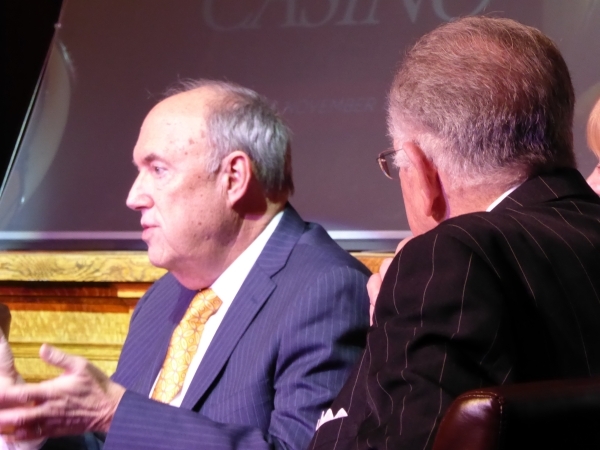 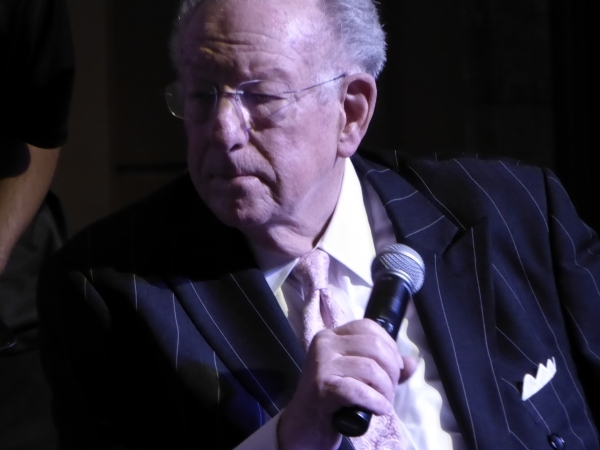 Although I have never been a perp, I participated on a famous perp walk in 1983 and have the black-and-white photo to prove it.

The perp was later-to-be-murdered mobster Anthony Spilotro. The serious-looking FBI agent walking him by the press was Marc Kaspar.

The journalists waiting to ask questions that wouldn’t be answered were George Knapp and the R-J’s federal court reporter at the time. That would be me. The one with the Afro.

During a panel Saturday, Kaspar told the behind-the-scenes story of that perp walk outside the Foley Federal Building.

Spilotro had been indicted on racketeering by a federal grand jury, and Kaspar went to arrest him. The two men had known each other for years because Kaspar has been on the FBI’s Las Vegas organized crime squad since coming to Las Vegas in 1977, and the squad’s No. 1 target was the Chicago mob’s enforcer.

You would think they would be bitter enemies. Not so. When Spilotro was arrested, Kaspar didn’t even use his handcuffs. Until they got close to the federal building and Kaspar said, “Tony, I’ve got to put handcuffs on you.”

Spilotro offered his hands up, he was cuffed, and they did the perp walk. Kaspar knew what he had to do, so did Spilotro; it was all very professional.

Kaspar has donated those cuffs to the Mob Museum, which hosted the Saturday panel discussion of what was real and what was fiction in the 1995 movie “Casino.”

Kaspar was speaking out publicly for the first time about his experiences as the case agent in the Spilotro investigation.

Oscar Goodman gave his views from the perspective of the attorney representing Spilotro and his chum Frank “Lefty” Rosenthal.

Former Gaming Control Board member Jeff Silver spoke about his role chasing the mob as a state regulator.

Kaspar told about a 1981 search where the subject — in this case Stardust employee Phil Ponto — had been tipped. The agents searched his apartment looking for marked money that had been skimmed from the Stardust.

The safe was opened, and inside was nothing but Ponto’s Social Security check.

It was Ponto’s way of flipping off the FBI, much like the simultaneous search that resulted in agents coming up with cookies and a bottle of wine in a car trunk.

While there were plenty of laughs Saturday, there were serious moments. Kaspar said he tried to be diplomatic, but he pushed back against Goodman’s statements he believed were not true.

Goodman said things such as Spilotro didn’t curse, he and Geri Rosenthal didn’t have an affair, Rosenthal was not an FBI informant, and federal Judge Harry Claiborne had not leaked FBI wiretap information to the mob.

Goodman, who went on to become mayor of Las Vegas for 12 years, went on a tirade against former FBI agent Gary Magnesen, who had written in “Straw Men” that he believed the late Claiborne had leaked information from FBI search warrant affidavits so mobsters knew in advance about the searches, which resulted in cookies and a Social Security check.

“Harry Claiborne lived with this accusation until he took his own life,” Goodman said angrily.

Except Magnesen’s book was published in 2010 and Claiborne committed suicide in 2004. The timing is off.

Kaspar said he believes Claiborne was the leak. “He was the one who signed the wiretap order on the Stardust,” the retired agent said. “When I heard that, I told the case agent we’d find nothing but cabbage,” he said, referring to the 1981 Ponto search.

Magnesen now believes, as I wrote in last Thursday’s column, that mob associate Rosenthal was a double agent and tipped mobsters off to upcoming searches. Magnesen said Rosenthal became an FBI informant around the time he wanted to get a gaming license, an effort that began in 1975. “He wanted the FBI to help him with his gaming license — which we didn’t do.”

In a tirade, Goodman denied Rosenthal was an informant. “It’s poppycock.”

Of course, would Rosenthal have admitted it to his attorney?

I confirmed it back in 2008 with three sources. Magnesen said it on the record, and Kaspar said, “I have reason to believe he was.” Richard also said he was an informant based on what she had been told. But Goodman doesn’t believe it.

Goodman asked if Spilotro was such a bad guy, killing more than 20 peoples, why wasn’t he convicted?

“He was never convicted because he got rid of all the evidence,” Kaspar said, referring to witnesses who died or disappeared. “I always said we would never convict Tony, that he’d be taken care of by his own people.”

Spilotro and his brother Michael were killed, then buried, in an Indiana field in 1986.

“I’m not sure anybody in law enforcement wanted to solve his murder,” Goodman said bitterly. He complained no one from law enforcement asked if he had any idea who killed Spilotro.

Kaspar and Goodman took opposite views on the 1982 bombing of Rosenthal’s car. Kaspar believes it was ordered by Spilotro. Goodman made the comment that different families had different styles, and the Kansas City mob leaned toward car bombings. That was identical to Magnesen’s opinion, who contends the bombing was ordered by Kansas City mob boss Nick Civella, another of Goodman’s clients.

Goodman said the movie captured Rosenthal “but took a lot of license as far as Tony is concerned.”

He said Spilotro didn’t curse as Joe Pesci did in the movie and was very polite.

Richard, who surveilled the mobster, said Spilotro probably treated his defense attorney “differently than the people he extorted.”

Kaspar said the wiretaps showed that Spilotro did curse, and surveillance photos he took himself showed Spilotro and Geri Rosenthal meeting. Their affair was a major storyline in Nick Pileggi’s book based on Rosenthal’s recollections.

To give Goodman the last word: “Those folks would still be running casinos if they weren’t so greedy.”

Seems like he’s in a position to know, even if his memory can be faulty.