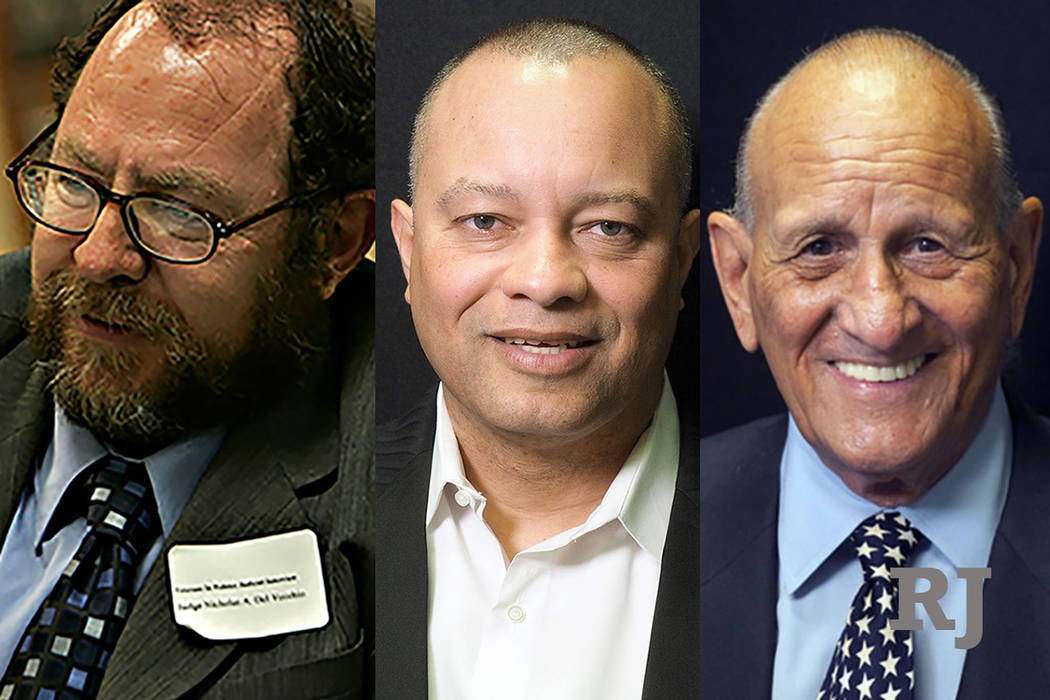 Why do perennial political losers pony up a filing fee, only to lose again. Are they not embarrassed and humiliated? Is self-flagellation their thing?

Their names become familiar, sometimes because of scandal, and surprisingly they sometimes win.

Del Vecchio said he ran nine times for offices before winning a judgeship in Family Court in 2000 and 2004.

He has a distinctive and memorable name, which probably helped him.

In February 2008, when he was running for a third term, he was charged in a judicial discipline complaint involving sexual improprieties, making racist and sexist comments to staff and attorneys, and abusing his power.

Voters bounced him out in the June primary even before the Judicial Discipline Commission tossed him in November 2008.

Originally he was charged with 36 counts, but 27 charges were dropped just before the settlement.

When his stepdaughter was in her 20s and working as his executive assistant in family court, Del Vecchio admitted to numerous sexual improprieties with her during work hours. He also admitted he uttered racist comments such as calling his bailiff a “lazy Mexican” and made sexual remarks about females, including attorneys and other judges.

The judicial discipline action was 10 years ago, he said. “I admitted it and apologized.”

His attorney said the remarks were like “high school days locker room talk.”

In 2010, Del Vecchio ran for Nye County district attorney, even though he lives in Las Vegas. Nye County DA wannabes only need to live in Nevada in order to run. According to his campaign finance reports, he raised nothing and he spent nothing in 2010 and 2014, running as a Democrat and losing each time.

Incumbent Republican Angela Bello said he didn’t go to events and she never met him on the campaign trail in 2014. “I don’t even recall seeing a sign,” she said.

Yet in the two-man Democratic primary, some 31 percent of Nye County Democratic voters chose a man who is banned forever from running for a judgeship, and who admitted to making racist and sexist comments and abusing his judicial powers.

Except that’s not true.

Then there’s Steve Sanson, who will be running a fifth time after four primary losses and is known for his leadership role in Veterans in Politics International. He has passionate supporters and bitter enemies. Sanson filed for Assembly District 13 as a Republican in an open seat.

Sanson’s failed political career began in 2005 when he ran for the Las Vegas City Council. Next he ran twice for Clark County public administrator. In 2016, he ran for the Assembly.

He has tried to make his politically active group into a Family Court judge maker, deciding which judges were worthy of the group’s endorsement. He filed at least five complaints with the Judicial Discipline Commission, to no avail so far.

In September, Family Court Judge Bryce Duckworth suggested Sanson should be investigated for his “intimidation, threats and improper influence.”

Sanson also has a conviction for domestic violence and filed for bankruptcy.

Toomin won an Assembly seat in 1992 running as a Democrat. After his one and only term, he kept running for offices, sometimes as a Democrat, sometimes a Republican. This go-round, he first filed for the Clark County Commission seat held by Chris Giunchigliani. Wouldn’t have had a chance against state Sen. Tick Segerblom in the Democratic primary. Re-filed for Assembly District 15.

When former Las Vegas Constable John Bonaventura was indicted last year, Toomin, once his former employee and close buddy, agreed to testify against him. The indictment charged Bonaventura with illegal wiretapping, theft and misconduct of a public officer.

The indictment includes allegations against Toomin, but he wasn’t charged.

How do some candidates get elected when they have extensive baggage? Don’t people know how to Google?

Why do these losers keep on running?