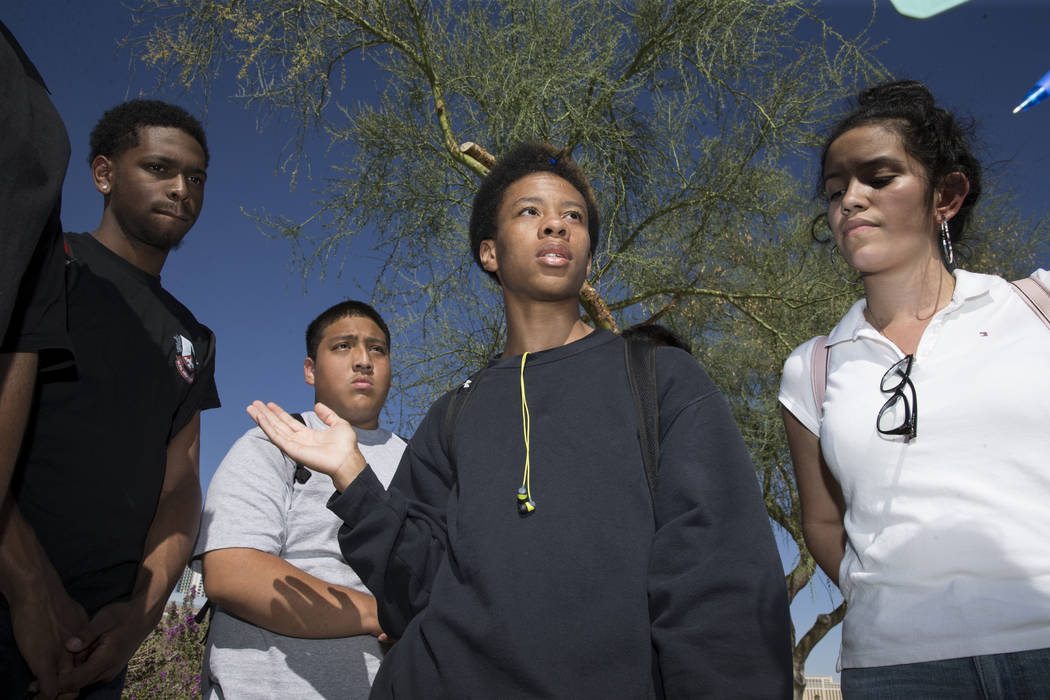 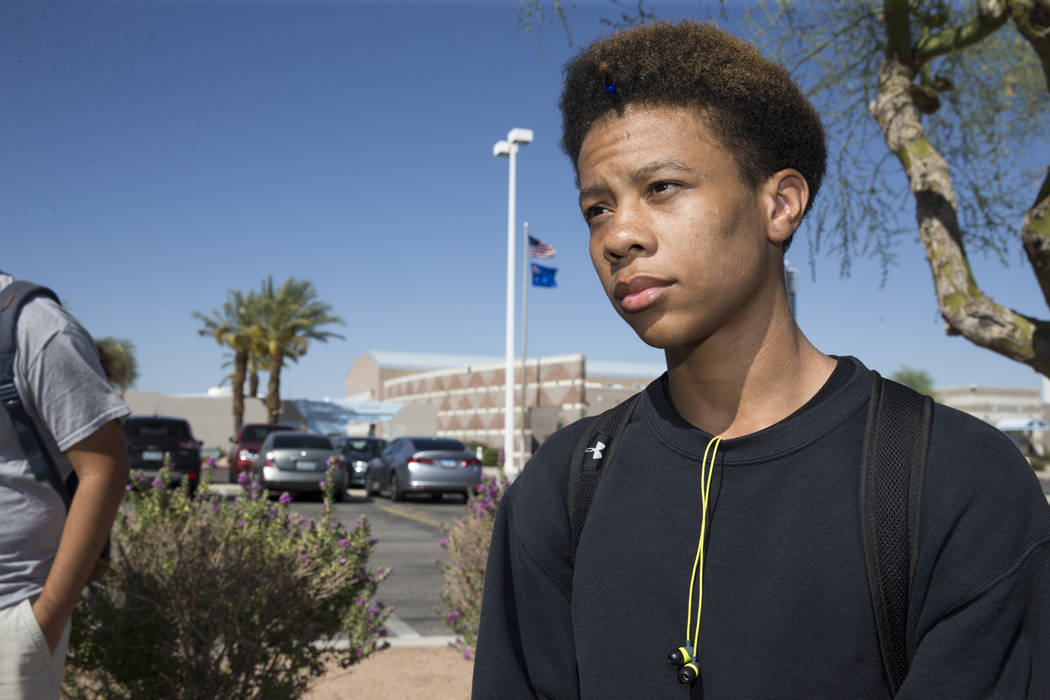 Naseem Evans, 18, student concerned about budget cuts at Burk Horizon High School, is interviewed outside of his school in Las Vegas, Wednesday, Sept. 20, 2017. The school is facing budget cuts that threatens to eliminate the day program for the at-risk students. Erik Verduzco Las Vegas Review-Journal @Erik_Verduzco 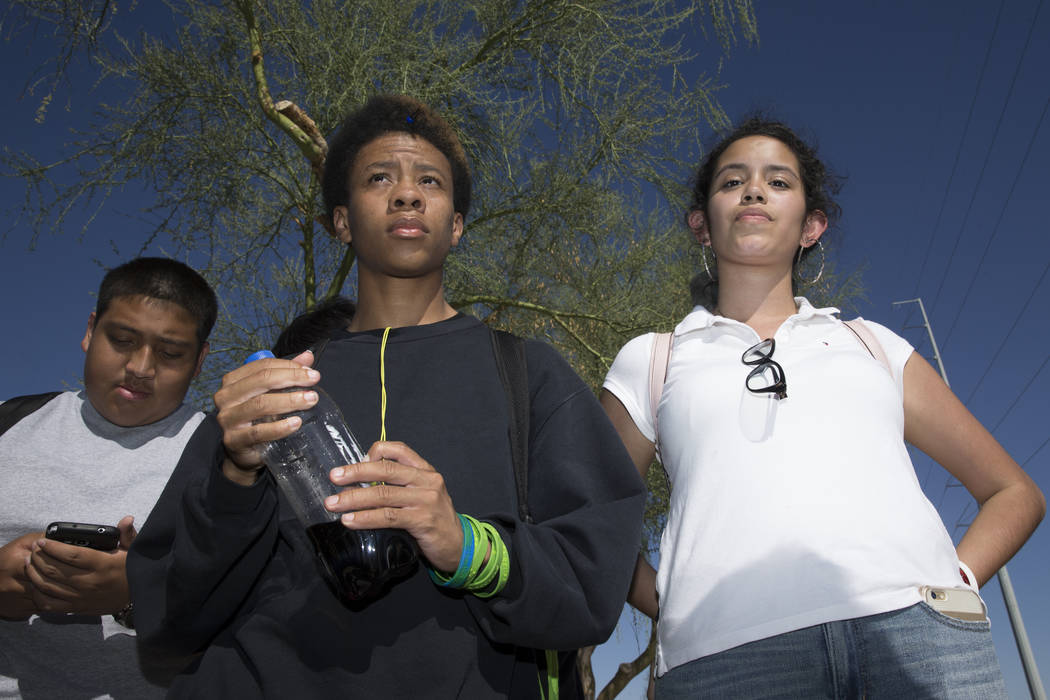 Naseem Evans, 18, left, and Nez Garduno-Padilla, 18, students concerned about budget cuts at Burk Horizon High School, are interviewed outside of their school in Las Vegas, Wednesday, Sept. 20, 2017. The school is facing budget cuts that threatens to eliminate the day program for the at-risk students. Erik Verduzco Las Vegas Review-Journal @Erik_Verduzco

Las VEGAS is a city of contradictions.

On the Strip, signs of excess are everywhere. Business is driven by desire, not necessity: water massages, footlong alcoholic smoothies, photos with scantily clad women.

Yet in Clark County classrooms, the script is flipped. Forget excess: The district can’t even fill its basic needs.

I saw it in the eyes of Naseem Evans, a Burk Horizon High School senior who is at risk of dropping out. Budget cuts have nixed the day program at the credit recovery school he attends, harming our most vulnerable students. The glitz and glam of the Strip, just under three miles away, seemed worlds away when he told me he was lost.

“I feel like with the budget cut, they’re taking away my only chance for high school,” he said.

In a city that coaxes millions of visitors to part with their money, why are our schools starving? The answer is quite complicated, and pinning blame depends on whom you ask.

But the local money inversely affects how much the district receives in state funding, so it doesn’t make our schools rich. That’s why the district’s deficit has raised a new wave of criticism over how the state funds education.

Take marijuana and slot taxes for example. It’s safe to say that our casinos generate most of the state’s slot tax revenue, and Clark County will soon produce the most marijuana revenue in the state.

Yet that money doesn’t go to our local school district. It goes into the statewide distributive school account and is reapprotioned throughout all districts in the state.

The state Department of Education argues that it is just carrying out the will of the Legislature when it divvies up the funds for each district. If Clark County wants to change things, it should ask the Legislature for more money, the department says.

But if this is the same tired conversation we’ve heard year after year, is anyone ever listening?

“In Nevada, a lot of residents want to talk about our public education as long as someone else is paying for it,” said Caesars executive Jan Jones Blackhurst, former Las Vegas mayor and chair of the Public Education Foundation nonprofit.

She said she lobbied for a broad-based business tax during two runs for governor. She lost.

“Every time we put something in place that would actually be able to fund education at a reasonable level, you’ve got either anti-tax groups or legislators who don’t want to … raise taxes,” she said.

In the meantime, the plight of 18-year-old Naseem plays out in the shadow of the revelry on the Strip.

“With this school shutting down, it worries me, not only for me but for a couple of my friends that wanted to come to this school, because they’re also credit-insufficient,” he said. “They don’t know what to do if this school closes.”