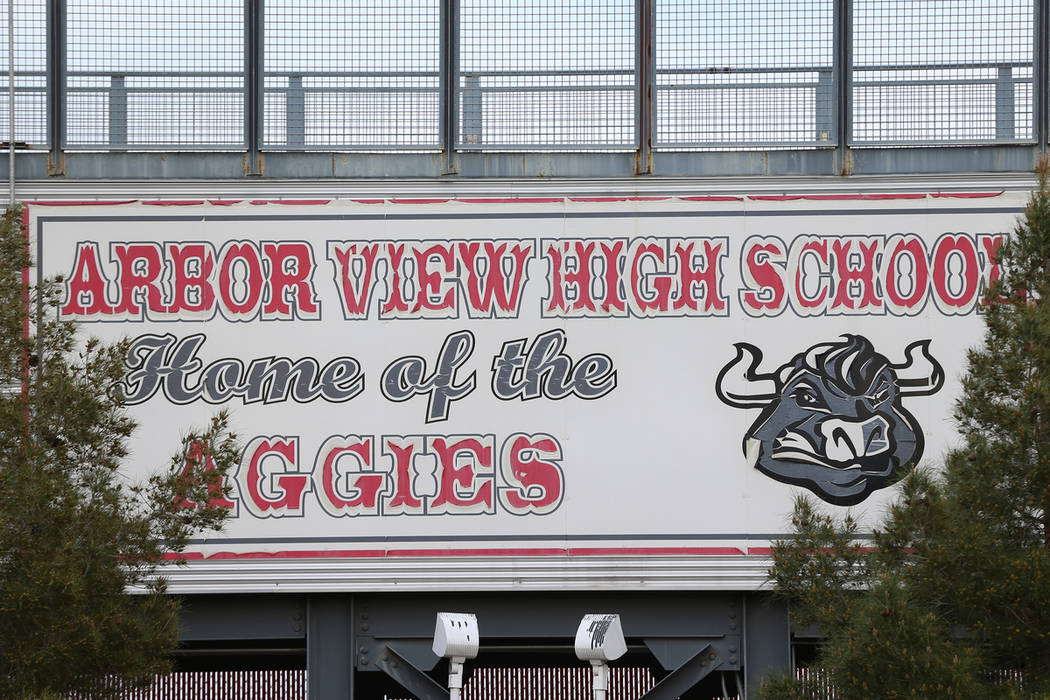 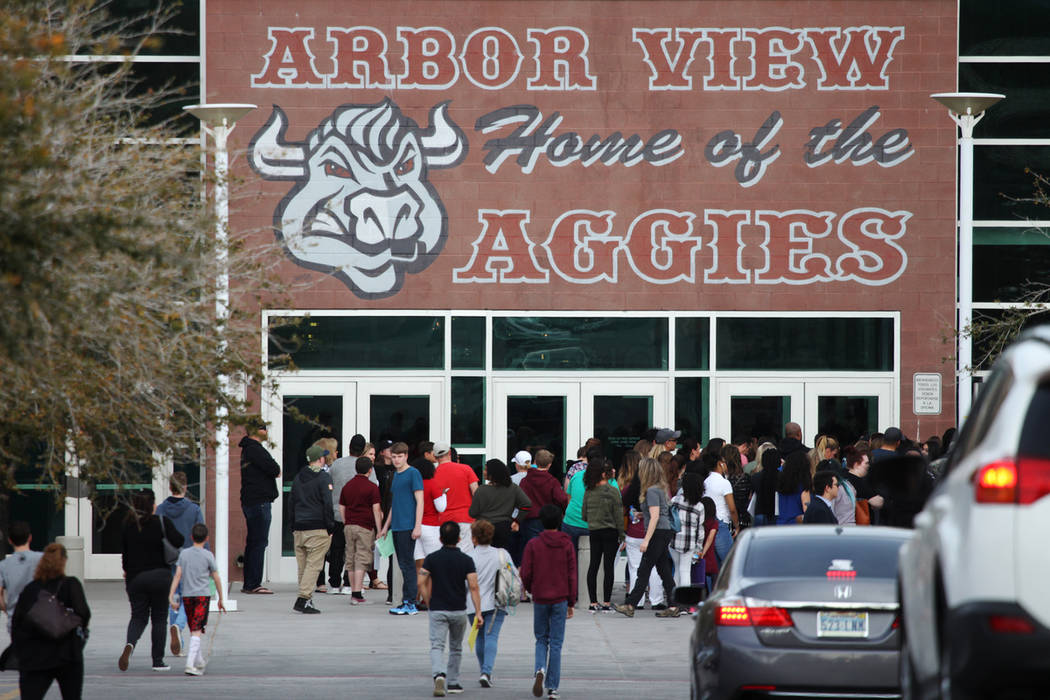 The text message that Akiko Cooks got from her cousin on Monday night chilled her soul.

It linked to an Instagram post featuring a photo of her 15-year-old son and a caption that used used a racial epithet to describe him and other African-American students. It also included an explicit threat stating that “I just wanna go Columbine pt 2.”

The account was focused on Arbor View High School in northwest Las Vegas and used a racial slur as part of its name. It included other photos of black students at the school with offensive captions and ominously stated that “I need to cleanse the hallways.”

The response from Cooks’ son — who hasn’t been back to school since the threats surfaced — was heartbreaking.

The threats, which led to the arrest of two Arbor View students and the citation of a third, didn’t happen in a vacuum.

Earlier this year, a “White Student Union” poster was placed throughout the school mocking its Black Student Union, according to community members, students and parents. They also said they’ve seen a few students displaying Confederate flags on their cars.

And the racial tension is not confined to Arbor View.

Angela Lee said kids at Shadow Ridge High School called her son a racial slur when he was a freshman there. Recently someone spray-painted the “N” word on a lamp post outside the school. (Someone tried to remove it but, much like racism today, it’s still visible).

When I saw the Arbor View posts, I was initially shocked. But then I took a step back and realized that I wasn’t.

Why? Because of the comments I get on stories I write about students of color. At this point in my career, they’re like background noise. I’ve gotten so used to it that I don’t give it a second thought.

When I wrote about the student achievement gap between black students and their peers, for example, I got this as part of a response:

“Somewhere along the line blacks need to stop blaming everyone but themselves for their plight.”

I could go on, but I’ll spare you.

The difference here, of course, is that the Arbor View occurrence involved an actual threat. That prompted senior D.J. Terrell, who is black, to stay home on Tuesday, with about 10 friends, most of whom also are African-American.

He said he wanted to attend classes, but his mother forced him to stay home. Now all he wants to do is make it across the graduation stage in two months.

“They say that Arbor View is one of the best schools,” Terrell said. “But yeah, if there’s stuff like this going on, no it’s not.”

Both the NAACP local branch and the Clark County Black Caucus are calling for a cultural shift at the school and across the district.

“Events of this serious nature do not occur suddenly or without warning,” the NAACP said in a statement. “This is an indication of a more significant climate issue within CCSD and must be immediately addressed within the African-American community.”

The question of the hour: How will the district tackle this issue?

But perhaps we should also be asking, how will the community respond?

Cooks said her son has been very quiet all week.

She urges other parents to talk to their children about diversity and the importance of understanding other cultures. The stakes are high, she said.

“While they were pointing cameras taking pictures,” Cooks said of the students arrested in connection with the threats, “it could’ve been a gun, and they could’ve actually followed through.”