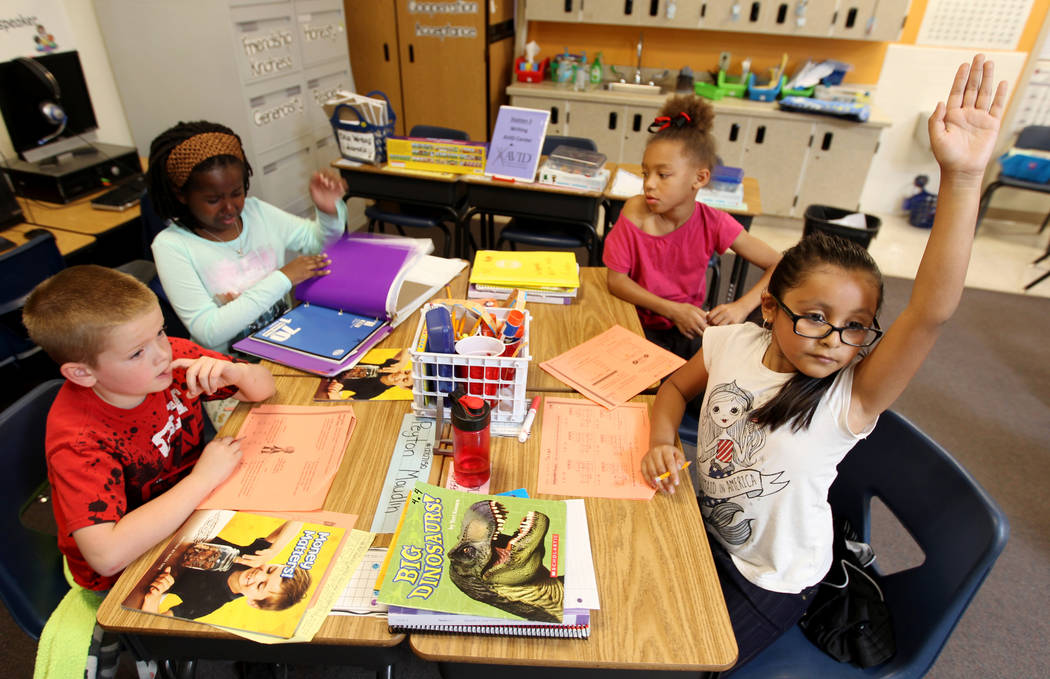 Trying to follow education funding in the Silver State can leave you cross-eyed, but look hard enough and you’ll see that money sold as a win for education isn’t always that.

That’s what the Fund Our Future Nevada coalition says needs to change.

Instead, they are supplanting — not supplementing — existing money in a “zero-sum” game, the campaign argues.

How could that be? Here’s a crash course.

Initiative Petition 1, approved by the Legislature in 2009, created an additional 3 percent room tax for Clark and Washoe counties. That extra money was to go into what is known as the State Supplemental School Support Fund starting in July 2011.

From the text: “The money so appropriated is intended to supplement and not replace any other money appropriated, approved or authorized for expenditure to fund the operation of the public schools.”

But since 2011 the Legislature has instead been funneling it into the primary education funding account for the schools, known as the Distributive School Account, or DSA.

That means that supplemental account has lost out on $893.7 million from fiscal years 2012 to 2017, and that money was instead used to replace existing funding for education.

The governor’s finance office, however, has argued that using that money in the school account has freed general funds to allow for the creation of other education programs that resulted in millions of dollars in extra support for the state’s schools.

Though the retail tax for recreational weed doesn’t go to education, the 15 percent wholesale taxon recreational and medical marijuana does help fund the DSA.

But that opens another can of worms. The Clark County School District takes issue with how marijuana revenue is distributed through the complicated Nevada Plan — the state’s education funding system that dates back to 1967.

And even though it goes to the school account, the Fund Our Future Nevada doesn’t want that money to simply supplant existing funds.

“People who don’t understand the Nevada Plan assume, ‘Oh, it’s going to schools,’ not realizing that actually the DSA is just reducing the state obligation,” said Anna Slighting, a member of the Hope for Nevada group that’s part of the coalition. “And so they think they’re voting for an increase of pie.”

Nor can we make excuses for all of the Clark County School District’s budgetary woes — I’m sure there is more than one area where spending could be reduced without impacting the quality of education.

But those who say the current system is broken are gearing up for a big fight in the 2019 legislative session.

Assembly Speaker Jason Frierson, expected to be one of the leaders, acknowledges the battle won’t be easy. Directing room taxes back to the supplemental fund would require cuts elsewhere in the state’s budget, for example.

“Our intention this upcoming session is to begin to have that conversation of updating how we fund education across the board for the state,” he said. “And part of that is, I think, making adjustments to an old and outdated public education funding system.”

An earlier version of this articley incorrectly stated how Initiative Petition 1 was passed in 2009.