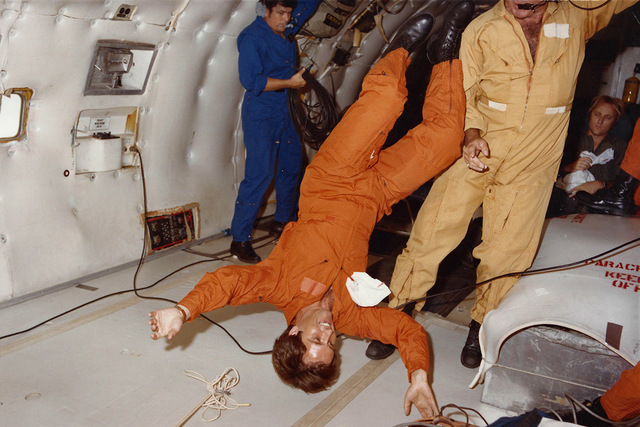 As a journalist covering NASA in the 1990s, John Getter (upside down) experienced weightlessness aboard a craft called the "Vomit Comet" without becoming ill. (NASA Photo_ 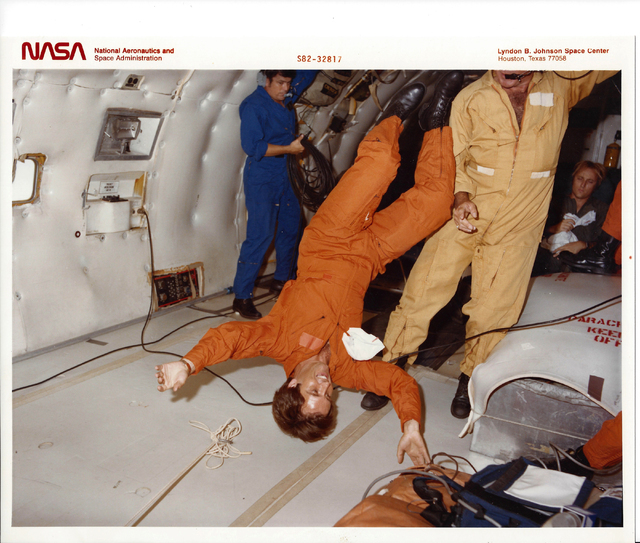 As a journalist covering NASA in the 1990s, John Getter (upside down) experienced weightlessness aboard a craft called the "Vomit Comet" without becoming ill. NASA Photo 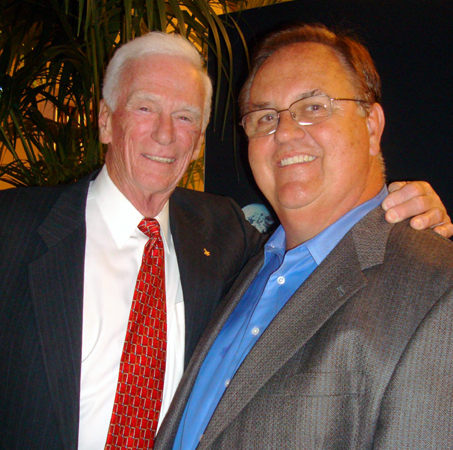 John Getter, right, with Apollo 17's Gene Cernan, the last man on the moon at opening of Crystals in Las Vegas in December 2009. (Courtesy/John Getter) 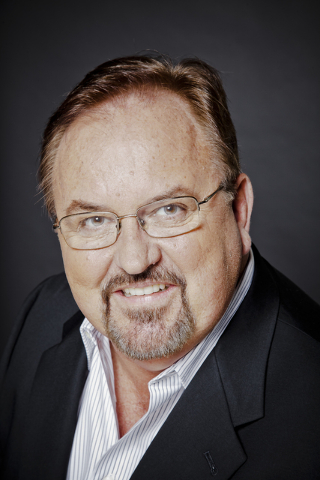 John Getter, chairman of the Spring Valley Town Advisory Board, is also president-elect of the National Speakers Association. (Courtesy/John Getter)

Spring Valley Town Advisory Board meeting attendees probably don’t know that the panel’s chairman, John Getter, was nominated to be the first reporter in space.

Or that Getter once asked Jerry Springer, before he was a rabble-rousing talk show host, if he was an idiot for paying a prostitute with a check.

And who’d expect a Spring Valley bureaucrat to have been told by John Young, the commander of the first space shuttle launch, not to trust anyone who says they’re not scared before a launch because they’re “either stupid or a liar.”

After all, the work of the advisory board — it’s one of seven such volunteer boards that makes nonbinding recommendations to the Clark County Commission — generally deals with challenges that include whether to allow alternative landscaping near a street intersection or whether to permit a private school to have a wall sign.

“Now that I’m not on TV, one thing I’m free to do now is be a private citizen,” says the 66-year-old Getter, who spent much of his 40-year career as a TV journalist in Cincinnati, Houston and Washington, D.C. “I came to Las Vegas 10 years ago and I find it gratifying to be able to help make decisions in a community, not to be a neutral observer.”

Getter, who still does off-camera work producing spots from Las Vegas for ABC and NBC, started his TV news career in Dayton, Ohio. From there he went up the road to Cincinnati, where he met Springer, then a city councilman who did commentary segments on TV.

“When Jerry came to my [Halloween] party and I started asking him about prostitutes and checks, he agreed he was an idiot.”

Though Springer resigned his seat in 1974, people enjoyed his candor about his exploits and elected him Cincinnati mayor in 1979.

Stories. Getter has a lot of them, particulary about NASA, the space agency he covered for decades for KHOU-TV in Houston. He shares them in speeches — he’s president-elect of the National Speakers Association — and in his three “Moonwalkers” books about space exploration.

He became friends with Christa McAuliffe — she was supposed to be the first teacher in space — before the Challenger disaster killed her and six others in 1986. The craft broke apart 78 seconds into flight.

“She said she hoped kids realized you had to take chances to make your dreams come true,” Getter recalls. “We had always kidded with each other. She told me not to get video of her from behind because astronauts had to wear diapers under their flight suits and she thought it made her rear too big.”

Getter broke the story about O-ring seal failure that caused the Challenger disaster as well as the news that members of the crew probably were still alive until they hit the water.

The death of McAuliffe ended a planned mission to send a reporter space.

“It was considered too risky for a private citizen,” says Getter. “I appreciated Dick Scobee (commander of the Challenger) respecting my work so much that he had earlier recommended me for the reporter in space. I really wanted to do that.”

Getter shares anecdotes about many astronauts. One that he particularly enjoys telling involves Clay Anderson.

“He was an aerospace engineer who wanted to be an astronaut. He was rejected 14 times but made it on his fifteenth. He ended up flying on the space shuttle, going to the space station. That’s the kind of persistence that’s made America great.”

Getter believes the government’s lack of commitment to NASA today is a mistake.

“I’m glad we have private entrepreneurs involved,” he says. “But some things are just too big for that, like going to Mars. Throughout history, the greatest nation in the world at the time led the world in whatever exploration was taking place. It was true for the Greeks, Romans, Portguese, Spanish, English. … When those civilizations stopped exploring, they declined. United States must decide to be bold again.”