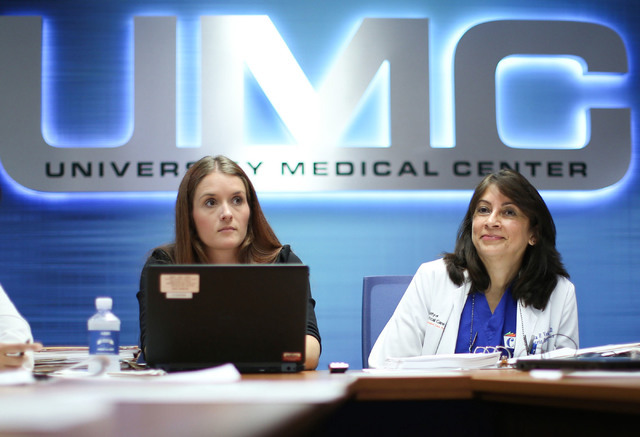 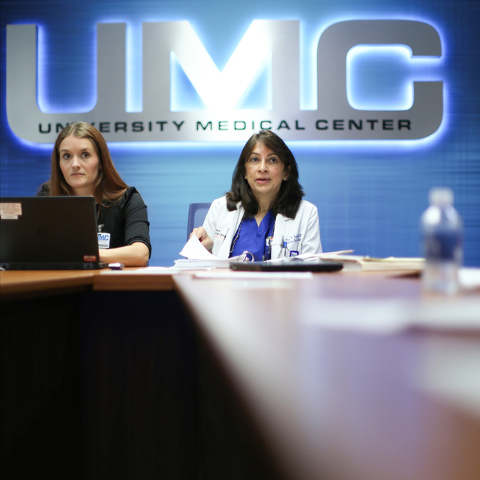 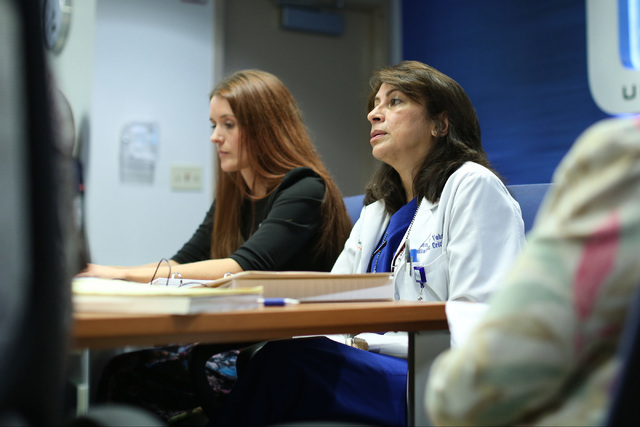 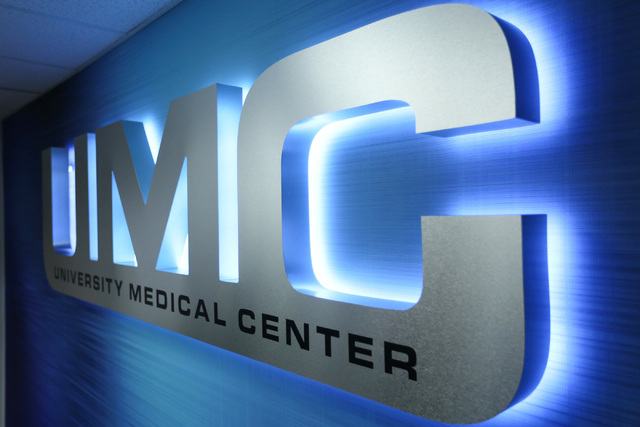 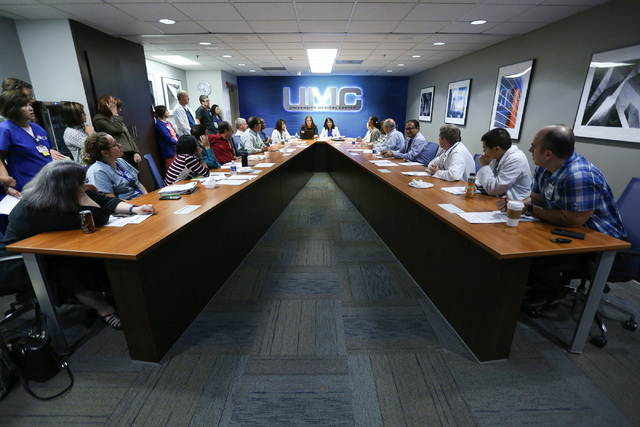 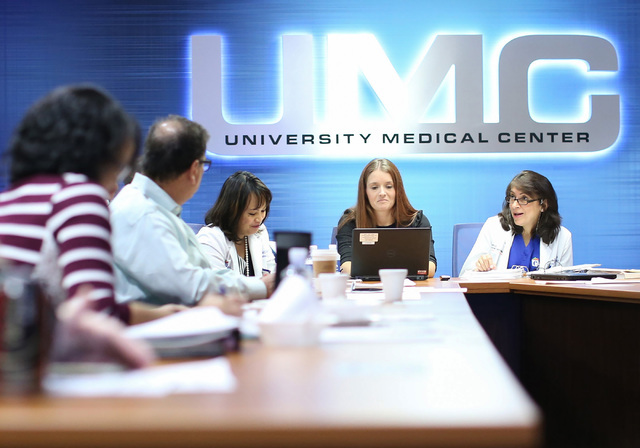 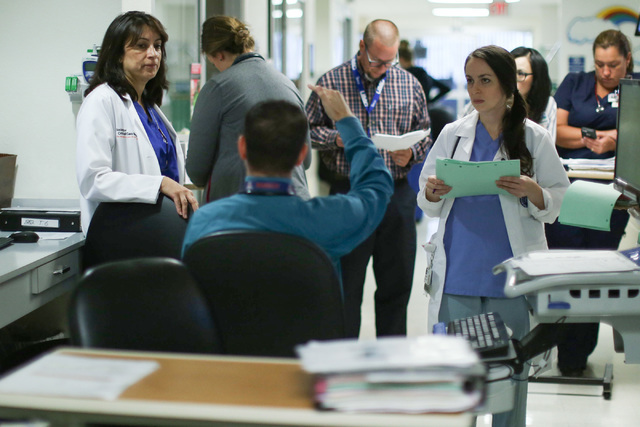 It’s been what she wanted.

Yes, Dr. Meena Vohra, the medical director of University Medical Center’s Children’s Hospital of Nevada as well as its chief of pediatrics, has gotten the challenges and rewards she hoped for out of her career.

“I’m happy with what I did, with what I’m still doing,” she said recently before visiting with some ill children. “I’ve contributed to saving a lot of lives. That’s a great feeling. I love it.”

She still remembers how doctors at another facility essentially gave up on Giulian Grasso — he was transferred to UMC for surgery — after he suffered a severe head injury in 2012 while skateboarding in Boulder City. Though he’s unable to use his left arm, talks slowly and is learning to walk again, he’s now doing well at the College of Southern Nevada.

“I made sure he got a chance at life,” Vohra said. “Seeing him today makes me feel like I helped make a difference.”

Like many baby boomers as they near the age of 65 — society’s norm for retirement — the 59-year-old Vohra is taking stock of what’s she done, what she still hopes to do.

Vohra’s tenure at UMC began in 1991, when she was the only physician there trained in pediatric critical care. That meant she was frequently called in at night. Given that her husband, cardiologist Dr. Sanjay Vohra, often was on call as well, she’d often take the couple’s first daughter, Anita, to the hospital with her.

“A lot has changed,” she said.

She’s now one of six specialists who work a 24-hour shift about once a week as UMC has become the only pediatric emergency room in Las Vegas with board-certified, fellowship-trained physicians on duty 24 hours a day; the only Level II pediatric trauma center in the state; Nevada’s only dedicated pediatric sedation unit; and the state’s only pediatric burn care unit and transplant service.

“When you love what you do, you work hard to make things happen,” the mother of two daughers said.

Soon UMC’s pediatric service will have another tool to use for children in respiratory distress. Known as ECMO, it is a modified heart-lung machine that provides cardiopulmonary support.

“When lungs are really bad, we’ll put a child on ECMO waiting for the lungs to heal,” she said. “We’ve worked diligently on this for the last six months. In the past when children needed this, they had to be transferred out of town.”

The longer she’s worked, the more time she spends on administrative duties.

That is one way of fighting off burnout, commonplace among pediatric critical care specialists. Seeing children die and giving families news they never want to hear takes a toll.

Another concession to her years in medicine, is that she can no longer go on shopping sprees after doing 24-hour shifts.

“I don’t have the energy for that anymore,” she said, laughing. “I used to bounce around after being on call. Now I need rest.”

Advancing age also caused her to make sure she’s done what studies have shown too many boomers don’t do — she made out a will.

“When you’ve worked so hard in life, you want to make sure you’re in charge of what you leave behind, not a court,” she said.

Is she anywhere close to retirement?

Her longtime dream is that UMC have a free-standing pediatric hospital.

“The way it is now is a child can get sick and go from one hospital to another in town getting the proper care,” she said.

Fragmentation of services, according to child advocates, is not only inefficient, but hard on parents.

“I’ll retire when that free-standing hospital is built,” she said.