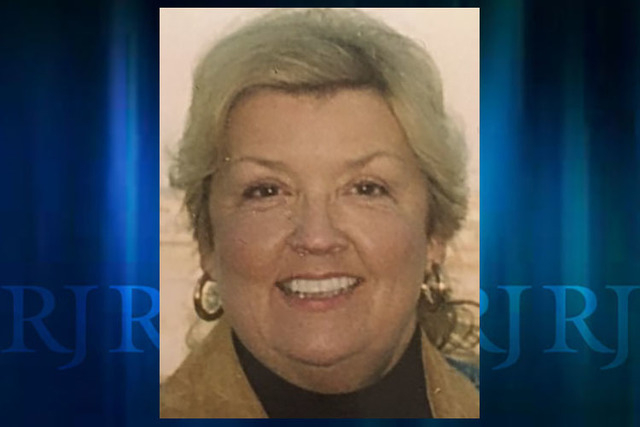 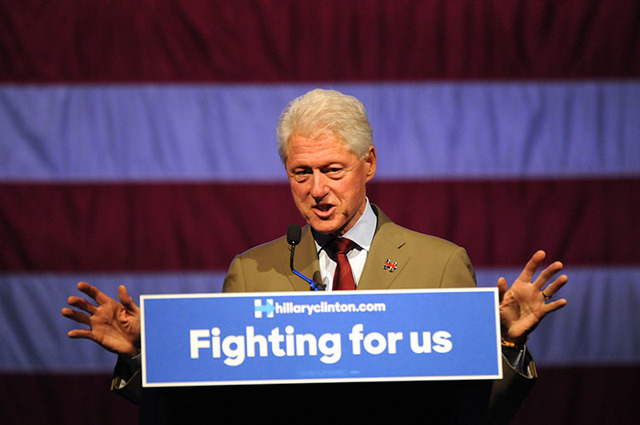 Juanita Broaddrick, who accuses Bill Clinton of raping her in 1978 and Hillary Clinton of warning her to keep her mouth shut about what happened, is on the phone from her home in Van Buren, Arkansas.

It’s been 38 years since the former nursing home administrator volunteered to work in the gubernatorial campaign for Arkansas Attorney General Bill Clinton, 17 years since she told The Wall Street Journal and NBC’s “Dateline” what the sitting president of the United States did to her two decades prior. Through his attorney, Clinton denied the rape charge.

Broaddrick is 73 now, living alone on 40 acres of land. She says she keeps herself busy playing tennis three times a week with friends, going to church gatherings and riding a power mower to keep five acres of grass under control.

There’s also a grandson she loves to spoil, a 13-year-old she says she recently told about the Clintons she knew. The teen said someone briefly brought up “Juanita Broaddrick” in a way he didn’t understand when he took a field trip to the Clinton Presidential Library in Little Rock.

“It was very difficult explaining things to him,” she said. “I didn’t go into a lot of details.”

Hillary Clinton, the likely Democratic Party presidential nominee, is accusing Donald Trump, the Republican front-runner, of a “penchant for sexism,” and Trump accuses Clinton of enabling her husband’s “terrible abuse of women.” I tell Broaddrick I believe what she has to say could influence the opinions of female voters. She says she understands many young voters are largely unfamiliar with the Clinton scandals.

Trump will find a way to give Broaddrick and other women who claim they’ve been victimized by the Clintons all the time they need to tell their stories on TV.

I tell Broaddrick I believe it would be the most watched TV in the history of American politics.

People would want to see if the claims are “legit,” she agreed.

Has Trump or his campaign staff contacted her?

Would she agree to go on TV and tell her story?

No one, she says, should be able to get away with rape. And she says no one who wants to be president should condone it. That person would be an apologist for a predator, an individual so driven by a need for a power that any vestige of a moral compass broke long ago.

“The main reason I’m for Trump is that I don’t want Hillary.”

On Jan. 6 at 11:42 a.m., Broaddrick tweeted her way back into the public’s consciousness: “I was 35 years old when Bill Clinton, Ark. Attorney General raped me and Hillary tried to silence me. I am now 73…it never goes away.”

Seeing the Clintons on the campaign trail again — she said every TV station seemed to have them on — was like torture. She was moved to comment. Since that tweet, she has been contacted by media to tell her story.

That story begins in Little Rock, with Clinton convincing Broaddrick to talk about the 1978 gubernatorial campaign over coffee in her hotel room. Within minutes, Broaddrick says, Bill Clinton pulled her onto the bed and forcibly had sex with her. She says Clinton subsequently called her several times wanting to get together. “It was disgusting,” she said.

She took that as a threat and realized Hillary knew what had happened, that she was trying to silence her. “There could be no question that Hillary was Bill’s fiercest defender in preventing his other women from causing trouble,” Carl Bernstein wrote in his book, “A Woman In Charge: The Life of Hillary Rodham Clinton.” She called Monica Lewinsky, whose sexual encounters with Bill Clinton in the White House led to his impeachment, “a loony toon.” Even with his wife’s best efforts to discredit Paula Jones, President Bill Clinton still paid her $850,000 after she sued him for exposing himself to her.

Though she told friends and co-workers in 1978 what happened — the media interviewed them 21 years later, in 1999 — Broaddrick said she was so traumatized by what happened that she hesitated coming forward publicly. Even though media and political operatives had gotten wind of her rape allegations, she denied it happened because she didn’t think she would be believed. Only because her son, a lawyer, said she had to tell the truth to federal authorities or risk going to jail did she finally tell her story to federal agents and then the media.

I tell Broaddrick that after seeing the “Dateline” piece about her years ago — it’s now on the Internet at http://www.mrctv.org/videos/full-dateline-nbc-juanita-braddrick-bill-clinton-raping-her — I found her credible. I wondered why what she said about Hillary Clinton trying to silence her wasn’t included in the televised piece.

She said as she was talking in the TV interview about Hillary a producer ran into the room and said it couldn’t be part of the piece. NBC reporter Lisa Myers said Broaddrick did tell her about the encounter but it didn’t make the final cut.

Broaddrick concedes there are no direct witnesses and there is no physical evidence to back up her accusations against the man who became president or his wife, the woman who would be president.

For some reason people just can’t believe the Clintons would do what they did, Broaddrick says. Just before Bill Clinton ran for president, she says he tried to apologize for what he did to her. “I told him to go to hell.”

“I haven’t profited from this in any way,” she said. “I would never try to profit from such a horrible thing.”