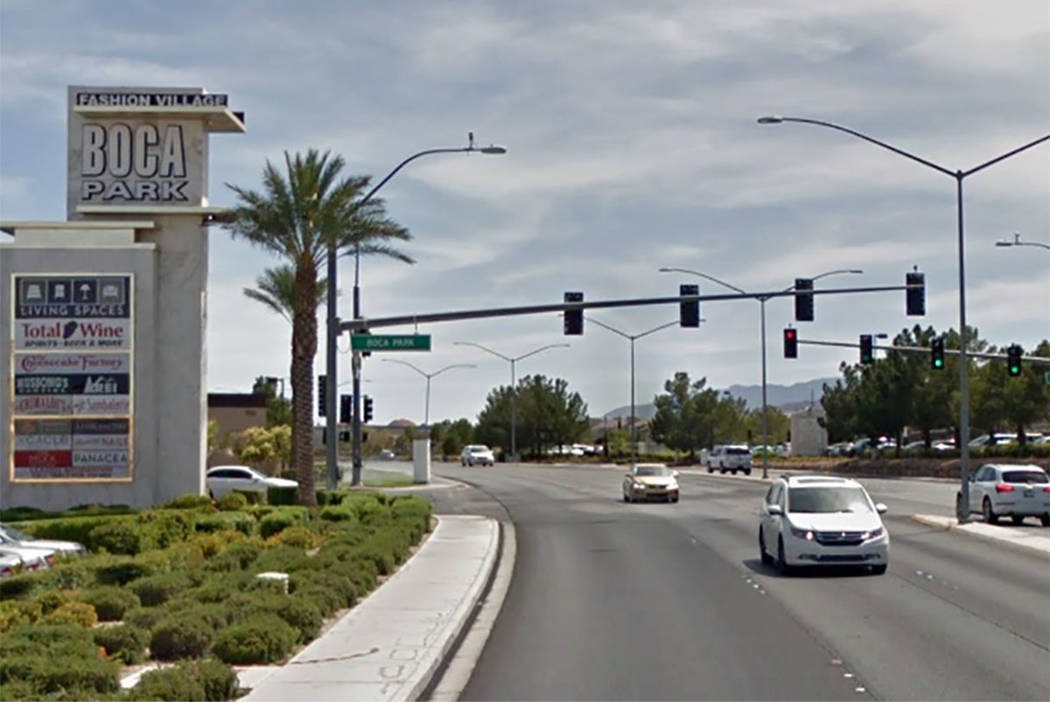 A few streets in Las Vegas have some strange angles or curves that don’t make much sense.

Those strange bends in the road trace back to an old method of surveying land, Las Vegas city spokeswoman Margaret Kurtz said. 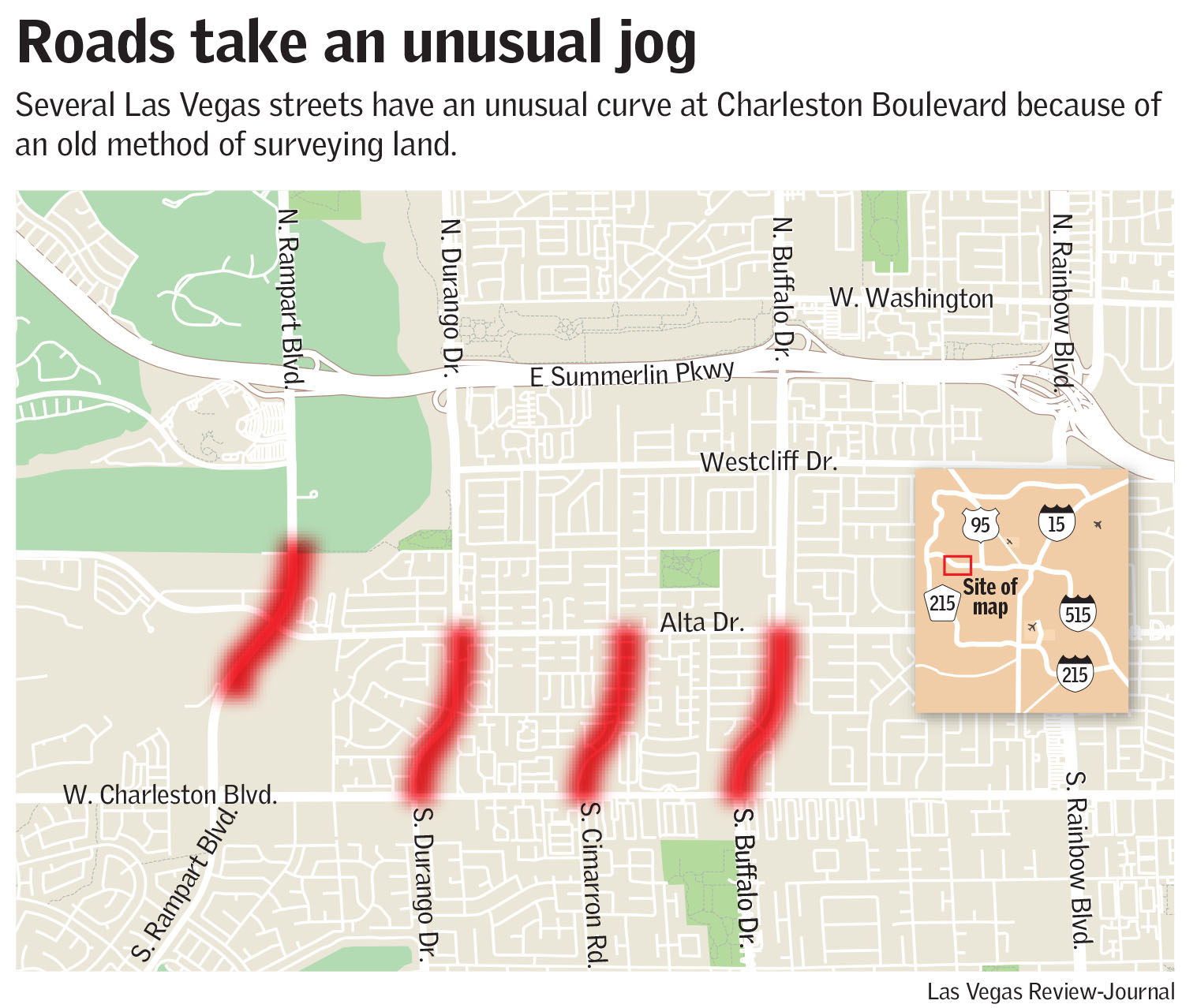 Typically, road alignments are based on whether a municipality is able to acquire enough right-of-way to build a street, which is why we see many local streets break up or unexpectedly narrow down to one lane — a common occurrence in newer Las Vegas neighborhoods.

Underground and overhead utility lines also determine the location of some roads, along with local topography. Additionally, preferences by landowners and developers can play a role in how some streets curve, similar to what we see in Summerlin.

The story is different with parts of Charleston, which fall within the Fifth Standard Parallel under the Public Land Survey System, a property measurement method that’s been around since 1785, Kurtz said.

“Essentially, some roads jog over at Charleston because a surveyor was asked to measure square, flat land on a round globe,” Kurtz said. “Charleston is the point where surveyors make an adjustment for the Earth’s curvature.”

Martha from Henderson says the Wagonwheel Drive onramp and offramp at U.S. Highway 95 are “so warped it looks like deep waves” that are hard on her vehicle’s tires, and wanted to know when the Nevada Department of Transportation plans to make repairs.

NDOT spokesman Tony Illia said that his bosses are aware of the problem.

Later this year, expect to see maintenance crews grind away the deteriorated and cracked layers of pavement, then replace it with a new asphalt overlay. The work, Illia said, should make for “a smoother, rejuvenated driving surface.”

Michael from North Las Vegas said the streetlights aren’t working on Pecos Road near the VA Hospital, creating a potentially dangerous situation for drivers. Additionally, there are no reflective road markings and the road is riddled with potholes.

Delen Goldberg, a spokeswoman for the city of North Las Vegas, said several streetlights weren’t working due to wire theft. The lights should be back on soon, if they aren’t already.

Additionally, crews from the city’s Public Works Department will take a look at the road striping and other issues to determine whether any maintenance is needed, Goldberg said.

With so much construction along Arroyo Grande Boulevard, Bruce from Henderson wanted to know whether city officials were planning to install a traffic signal at the street’s intersection at Wigwam Parkway.

“It’s a four-way stop, and around 4 p.m. the traffic is backed up big-time,” Bruce said in an email sent to the Road Warrior. “It gets so bad that I’ve seen cars backed up on Arroyo Grande all the way back to Windmill Parkway.”

Henderson city spokeswoman Kathleen Richards said that a traffic signal is definitely planned as part of the ongoing road improvements along Arroyo Grande.

Jana from Las Vegas wanted to know what’s inside the fenced area just south of Starr Avenue, between Buffalo Drive and Rainbow Boulevard in the southwest end of the valley.

“There’s a huge chain-link fence crowned with razor that looks like a big prison yard,” Jana said. “Someone said it’s camp for the Federal Emergency Management Agency, but I don’t know about that. It is intriguing.”

You’re about to be let down, Jana.

Brian from Las Vegas wanted to know when Clark County officials plan to install a traffic signal at Russell Road and Buffalo Drive in the southwest valley. The current four-way stop, he says, sees a lot of traffic during weekday afternoons.

Kulin, the county spokesman, said there are plans to eventually install a signal here, but it was unclear when that might happen.