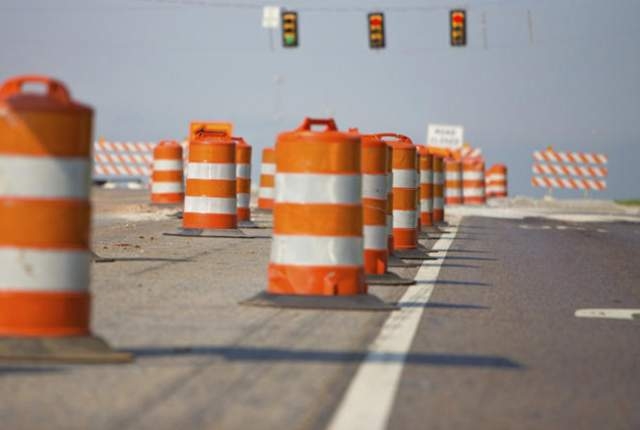 ■ Traffic will be restricted on Fort Apache Road at Blue Diamond Road through Monday (Feb. 29)for a sewer line and manhole project. Traffic is shifted to the west half of Fort Apache with one lane open in each direction to 200 feet north of the Blue Diamond intersection.

■ Fifth Street in North Las Vegas is closed between Cheyenne Avenue and Losee Road for the construction of an overpass route that will connect Fifth to East Carey Avenue.

■ Northbound Interstate 15 will have a lane reduction for guardrail repairs at the Craig Road exit from 6 a.m. to noon Tuesday.

■ Lanes of Cheyenne Avenue will be disrupted for sewer line work between Fort Apache Road and Buffalo Drive through Tuesday.

■ The eastbound and westbound left lanes of Flamingo Road will be closed at McLeod Drive for a sewer line project through Wednesday. No turns will be allowed at the intersection through the closure.

■ Lanes of Lamb Boulevard will be disrupted for power line work between Diamond Head Drive and Stewart Avenue through Friday.

■ Robindale Road will be closed at Bermuda Road for sewer line construction with incremental road closures west to Gilespie Street through Friday. Construction will occur daily from 6:30 a.m. to 3 p.m. and closures will remain in effect while work isn’t being performed. Property access will be maintained throughout the project.

■ Garces Avenue will be closed at Main Street for general street improvements through March 11.

■ The left lanes and shoulder of northbound and southbound Interstate 15 will be blocked at milepost 117.5 in Mesquite through March 11 to prepare for construction of a highway interchange.

■ Sewer line construction work will block a traffic lane at Frank Sinatra and Sammy Davis Jr. drives between Jay Sarno and Mel Torme drives through March 11. Northbound lanes will remain open to traffic and westbound traffic along Vegas Plaza Drive will be shifted to the north side of the street approaching Sammy Davis Jr. Work is planned daily from 9 p.m. to 5 a.m.

■ Lanes of Casino Center Boulevard will be disrupted for a wall removal at Lewis Avenue through March 15.

■ Lanes of Town Center Drive will be disrupted for concrete repair between Charleston Boulevard and Hillwood Drive through March 16.

■ Lanes of Hualapai Way will be disrupted for landscaping work between Town Center and Alta drives through March 17.

■ Lanes of Elkhorn Road will be disrupted for a storm drain project between Fort Apache Road and Grand Canyon Drive through March 19.

■ Lanes of Stewart Avenue will be disrupted for an expansion project at the Las Vegas Detention Center, between Spectrum Boulevard and Mojave Road through March 20.

■ Lanes of Decatur Boulevard will be disrupted for manhole and pipe repair south of Sahara Avenue through April 2.

■ Wigwam Avenue will be closed at various locations between Bermuda Road and Las Vegas Boulevard through April 15 for a sewer line improvement project. Work will start at Bermuda and move west a block at a time through completion. Property access will be maintained throughout the project.

■ The Stephanie Street bridge over U.S. Highway 95 will be closed through mid-April for new construction. Traffic will be blocked in both directions and detoured to Russell Road or Galleria Drive. Lanes will be shifted on U.S. 95 through mid-March.

■ RTC bus Transit Route 109, the Maryland Parkway route, will be detoured due to road construction through April. Stops on George Crockett Road will not be served. Alternative stops are available on Routes 117 (Las Vegas Boulevard South and Silverado Ranch Road) and 217 (Warm Springs Road and downtown Henderson).

■ Work will continue through the summer on a 13-mile paving project on Interstate 15 east of Mesquite. The project will run from the Nevada state line to the Virgin River Gorge and include improvements to the Littlefield bridge at Milepost 8. Work will occur Mondays through Fridays, 6 p.m. to 6 a.m. Work will begin on southbound lanes at the Littlefield exit.

■ Work on the Regional Transportation Commission’s Flamingo Road Corridor Improvement Project will continue on the west side of Flamingo Road from Rainbow Boulevard to Hotel Rio Drive through fall 2016.

■ Lanes of Main Street will be disrupted for general street improvements between Bonneville Avenue and Las Vegas Boulevard through Dec. 1.