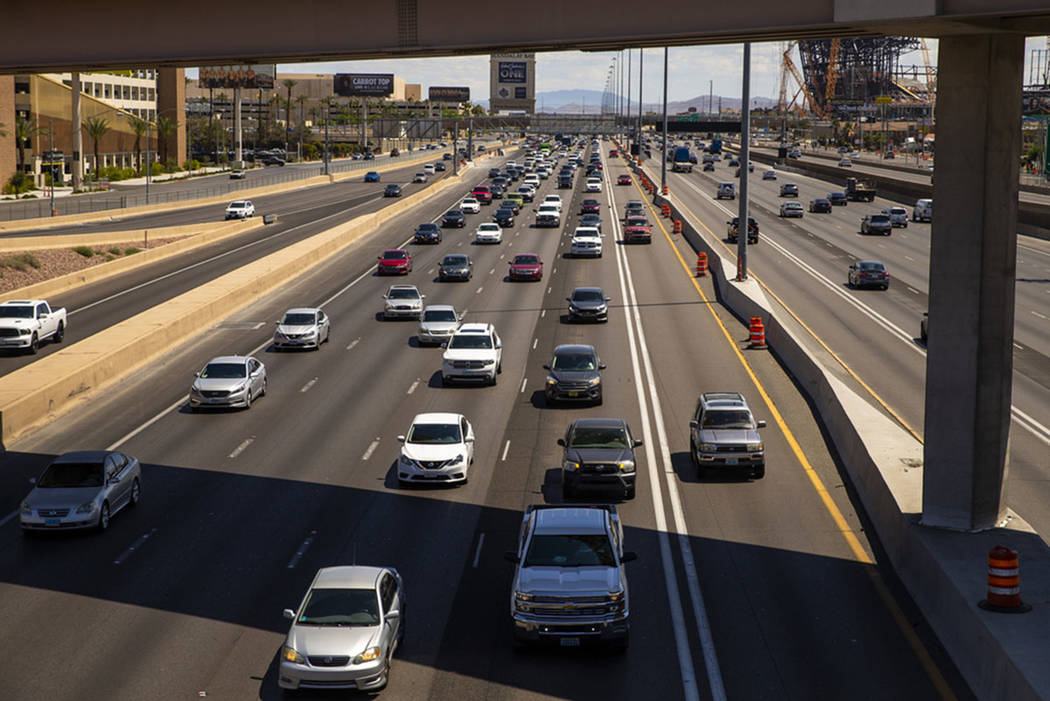 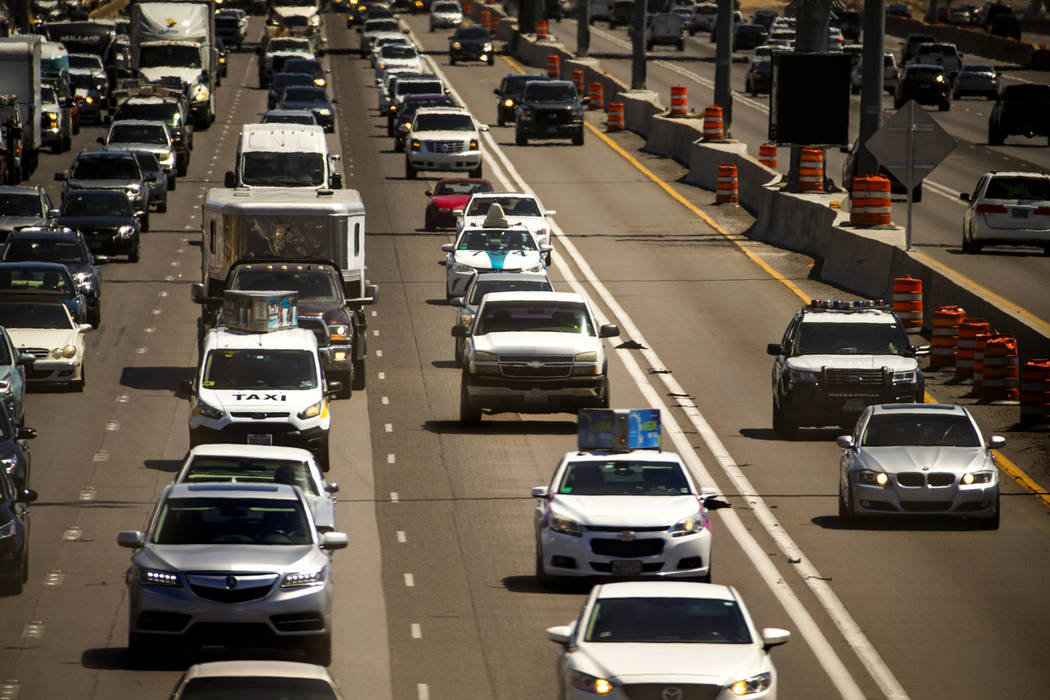 A police vehicle travels behind another traveling in the HOV lane northbound on Interstate 15 about Tropicana Avenue on Wednesday, June 5, 2019, in Las Vegas. (L.E. Baskow/Las Vegas Review-Journal) @Left_Eye_Images

On Thursday, the Nevada Highway Patrol will begin enforcing the newly created 22 miles of carpool lanes between the two freeways, following a 30-day grace period.

The Nevada Department of Transportation, through Project Neon general contractor Kiewit Infrastructure West, is providing the NHP at least $10,000 to pay for a concentrated effort on the new carpool lanes.

In case the various stories written over the last month and the signage lining the two freeways warning drivers of the new 24/7 enforcement weren’t enough, here is one last reminder of the new regulations.

The stretch of HOV lanes runs from Silverado Ranch Boulevard on I-15 to Elkhorn Drive on U.S. 95 in the northwest valley.

— Vehicles with two or more occupants.

— Emergency and law enforcement vehicles with one occupant.

— Vehicles that don’t enter or exit the carpool lane at one of the broken line enter/exit points.

— Electric cars, unless with two occupants, as per Nevada law.

— Trucks with more than two axles, even with two occupants.

Drivers pulled over for violating any of the carpool regulations starting Thursday will face a $250 fine.

So if you get the itch to hop in the HOV lane after Wednesday and you’re not within the allowed spectrum of regulations, the odds are stacked against you and you’re likely to lose that $250 gamble.

I-15 paving and striping

As the HOV lanes are about to be enforced, the paving and striping efforts for them are wrapping up.

The final round will end Tuesday at 6 a.m., capping nearly two weeks of marathon work to ensure the lanes are newly paved and properly striped ahead of Thursday’s NHP saturation, according to NDOT.

The final round of Project Neon-related paving on I-15 began on Saturday morning on I-15 northbound from Silverado Ranch to the 215 Beltway.

North Las Vegas Police Department officers were out in force in May for pedestrian enforcement.

Officers focused on the southern area command due to the majority of pedestrian related accidents occurring in that area. The specialized enforcement was made possible by a Pedestrian Safety Grant from the Department of Public Safety’s Office of Traffic Safety.

In four events tied to the last week of the school year, police focused on school areas before and after dismissal times.

Additionally, officers worked on pedestrian-focused enforcement throughout the month.

Here’s a breakdown of the traffic citations handed out during the various enforcements:

— Failure to exercise due care: 2