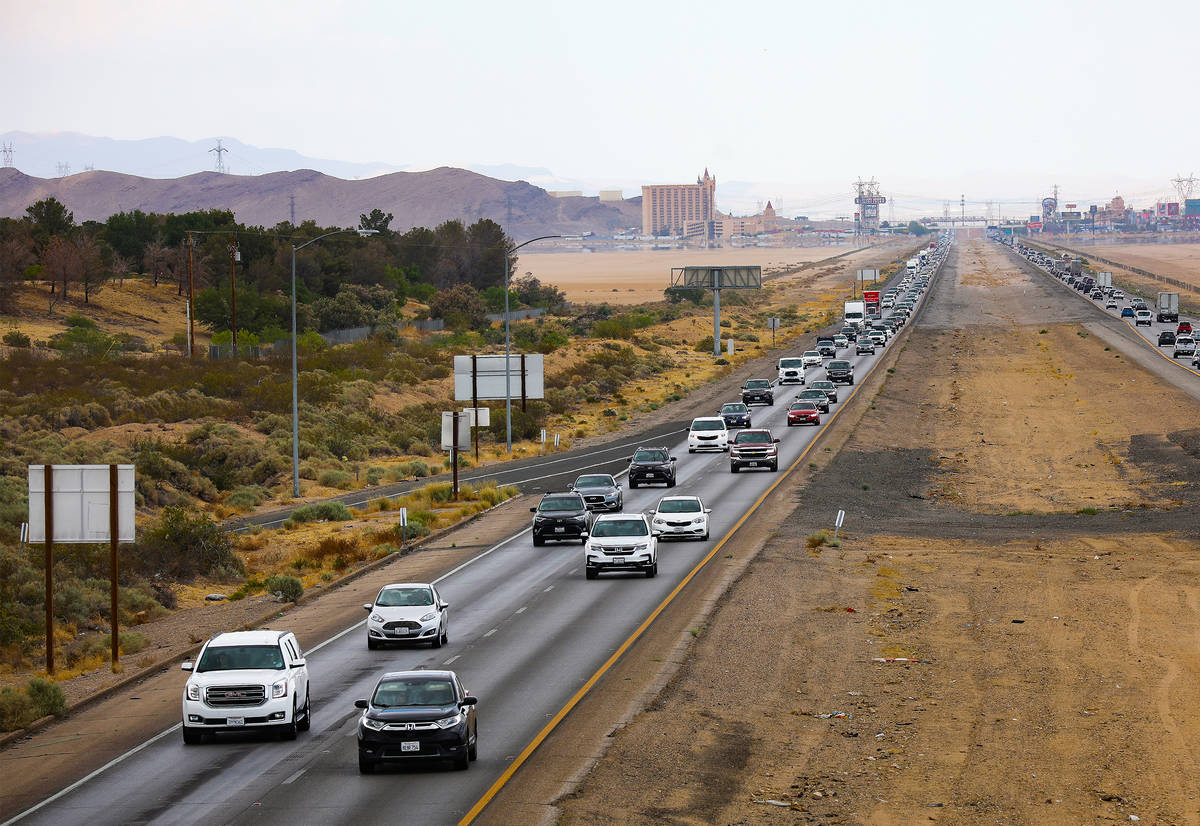 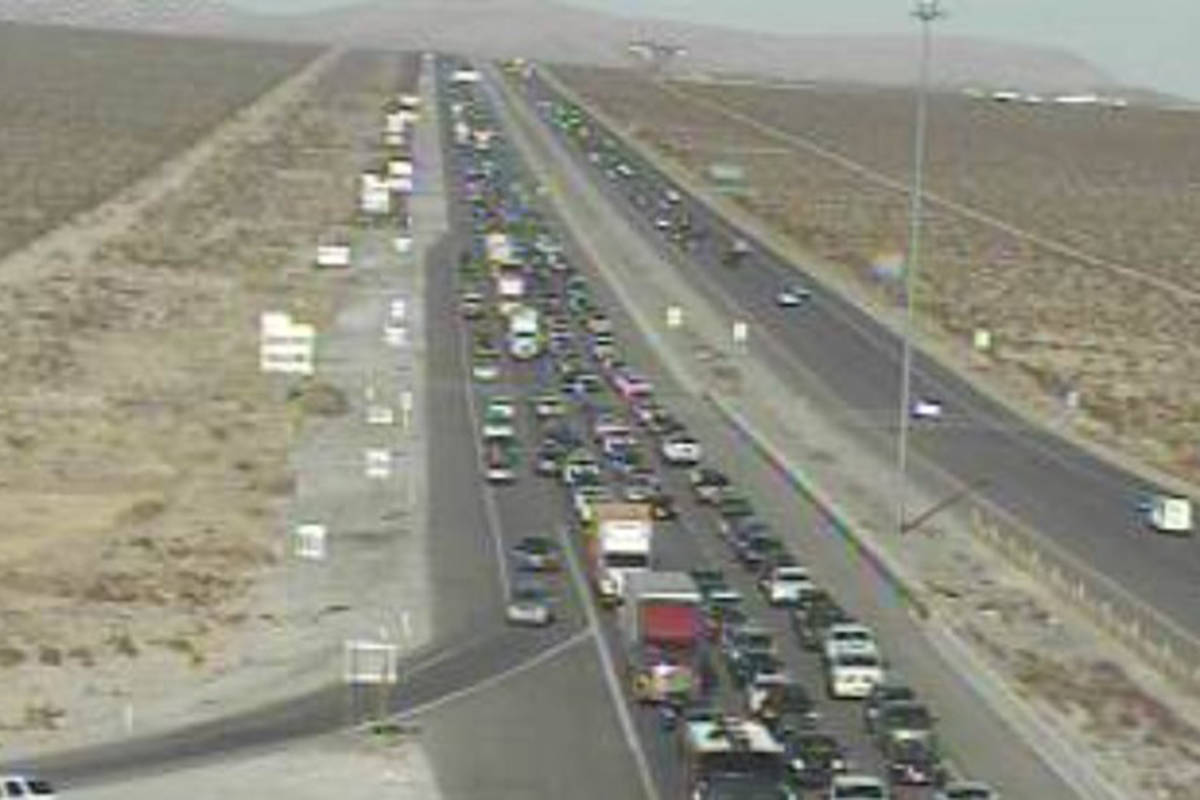 Traffic is backed up for 12 miles on southbound Interstate 15 near Primm on Saturday, Jan. 2, 2021. (NDOT FASTCam) 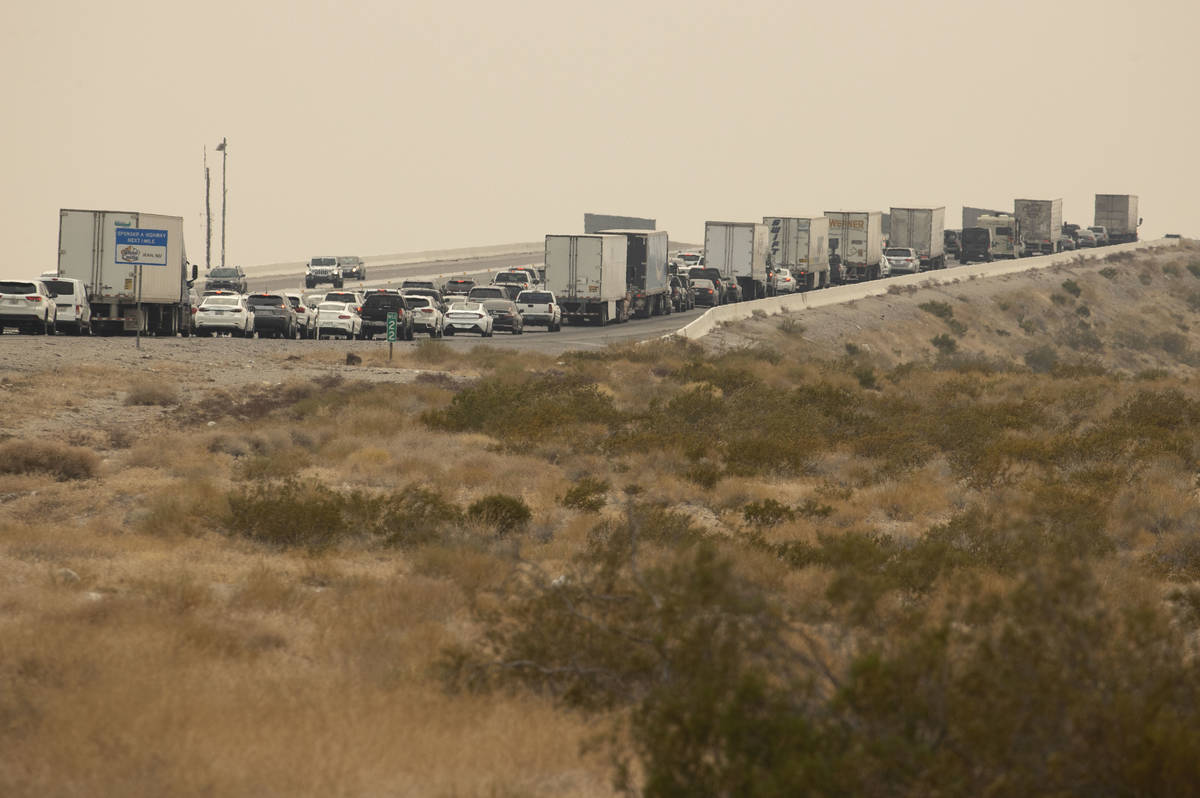 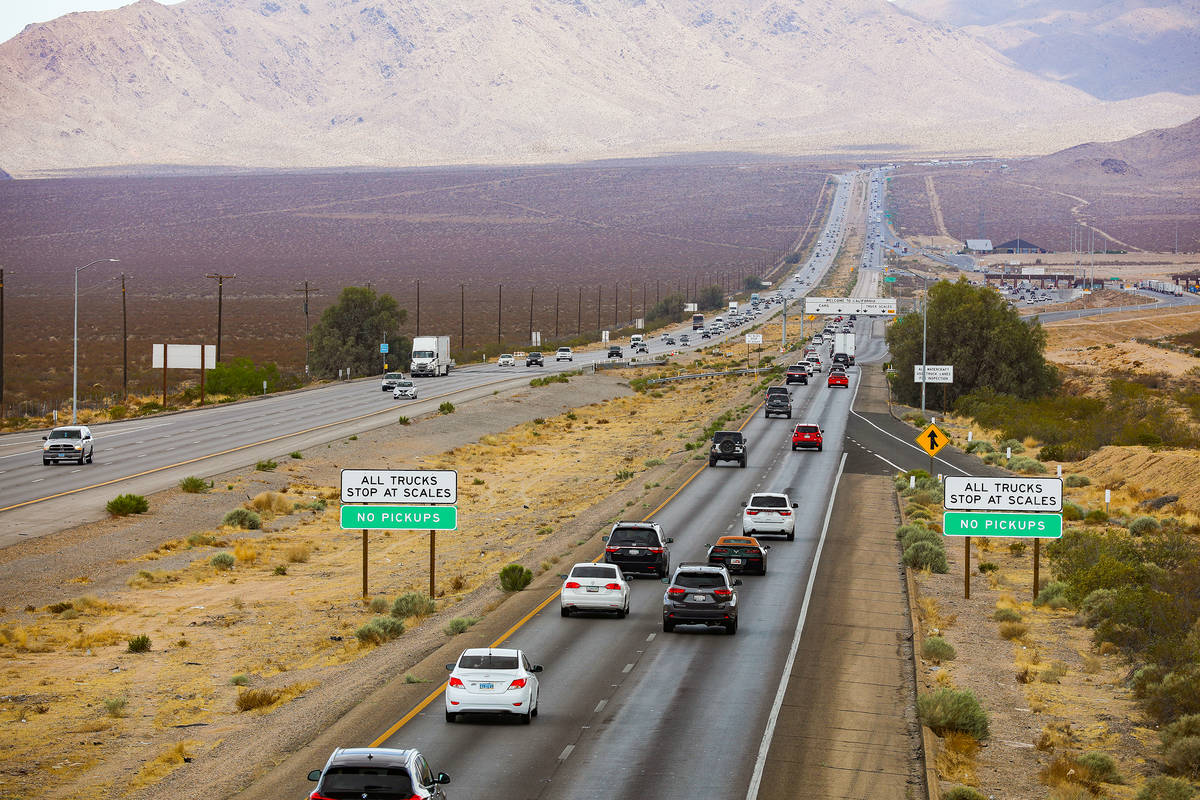 Traffic volume around the Las Vegas Valley has slowly been getting back to pre-pandemic levels — especially along the busiest road in the area.

Combined traffic volume on three points of Interstate 15 (at Primm, Sahara Avenue and Mesquite) saw a total daily average of 370,637 vehicles in April, 3 percent above April 2019 — the last year before the pandemic reduced traffic numbers — when an average 360,345 vehicles were recorded, according to the Regional Transportation Commission.

Evidence of the return to above-normal traffic can be seen on any given Sunday when traffic on I-15 southbound backs up as much as 20 miles as Southern California visitors head home after a weekend in Las Vegas.

I-15 at Mesquite has been above 2019 levels all year, with a 2 percent increase seen in January, a 6 percent spike in February, a 3 percent jump in March and a 10 percent increase in April.

Swallow expects traffic volume to continue to be strong as summer approaches, COVID-19 restrictions continue to ease and more people are vaccinated around the region.

“Numbers are starting to see a more sustaining increase, but as you can see in Vegas it’s a little bit of a mix there,” Swallow said. “We anticipate we’ll start seeing more consistency as we continue to evolve out of the pandemic.”

In Clark County, 67 people have died as result of motor vehicle crashes through April, 26 percent more than in the first four months of 2019, according to Nevada Department of Public Safety data.

Clark County is among the nine counties statewide that have seen an increase in traffic fatalities through April. Overall, the state has recorded 109 deaths, compared with 93 in the first four months of 2020.

Swallow noted that 24 deaths in the state were related to people not wearing seat belts.

“Buckle up,” Swallow said. “It is truly the single most effective thing you could do to protect yourself in a crash.”

Looking to keep the valley’s busiest highway running at maximum efficiency, NDOT is conducting a virtual meeting to get the public’s opinion of what could be done to improve a stretch of I-15 from Flamingo Road to Sahara Avenue.

From May 25 through June 23, motorists can chime in on their preferred potential improvements and modifications along the 4.5-mile stretch.

The project is several years from beginning and could cost between $350 million and $750 million. Aside from environmental studies and other planning still left to be done, the funding still needs to be identified once there’s a clearer cost estimate.

During the open period, the public can ask NDOT team members questions and leave feedback at I-15FlamingoSahara.com.

One of the options to improve the area is widening the freeway to add capacity, Illia noted.

“Although it is still very early in the planning stages, widening the freeway and adding more travel lanes is a possibility,” he said. 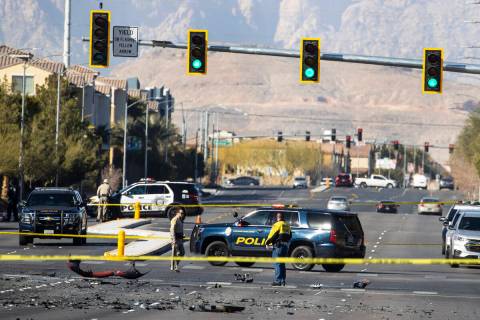 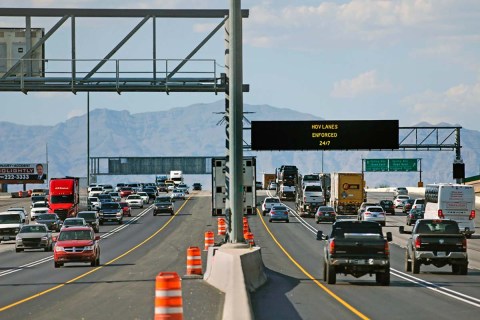 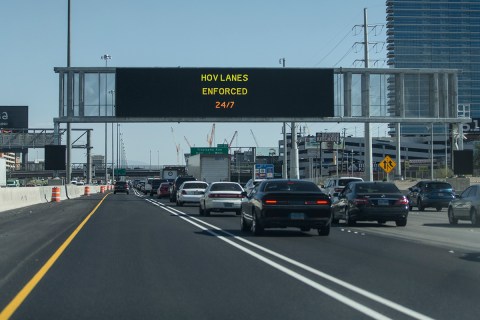 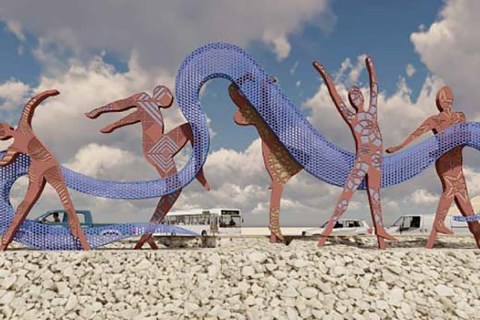 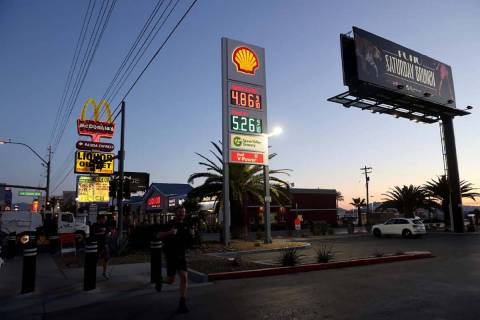