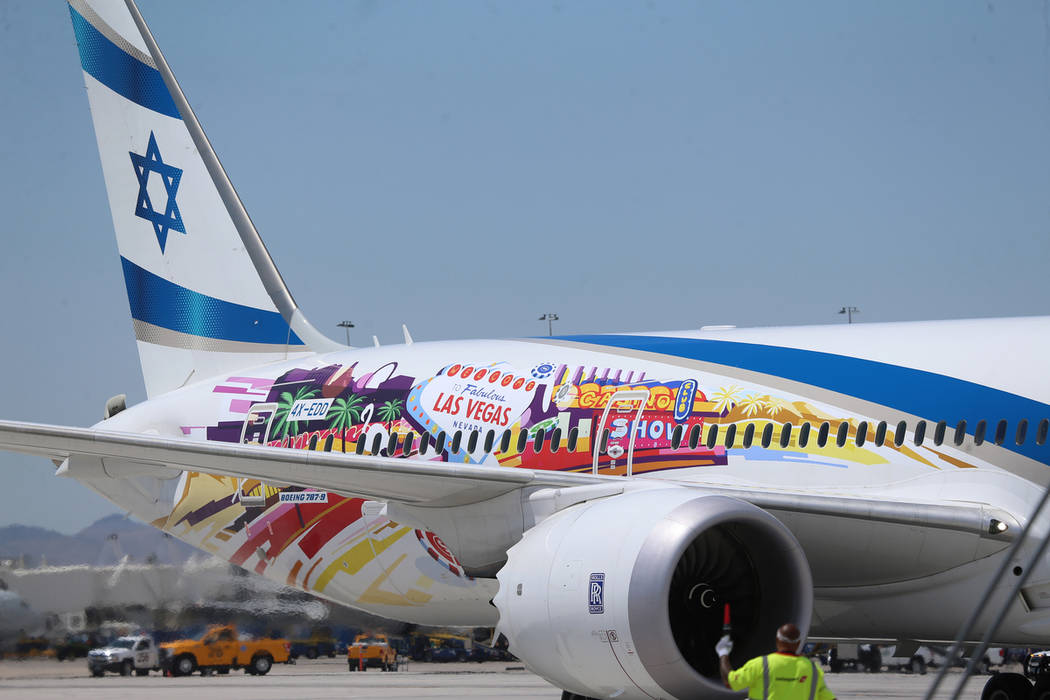 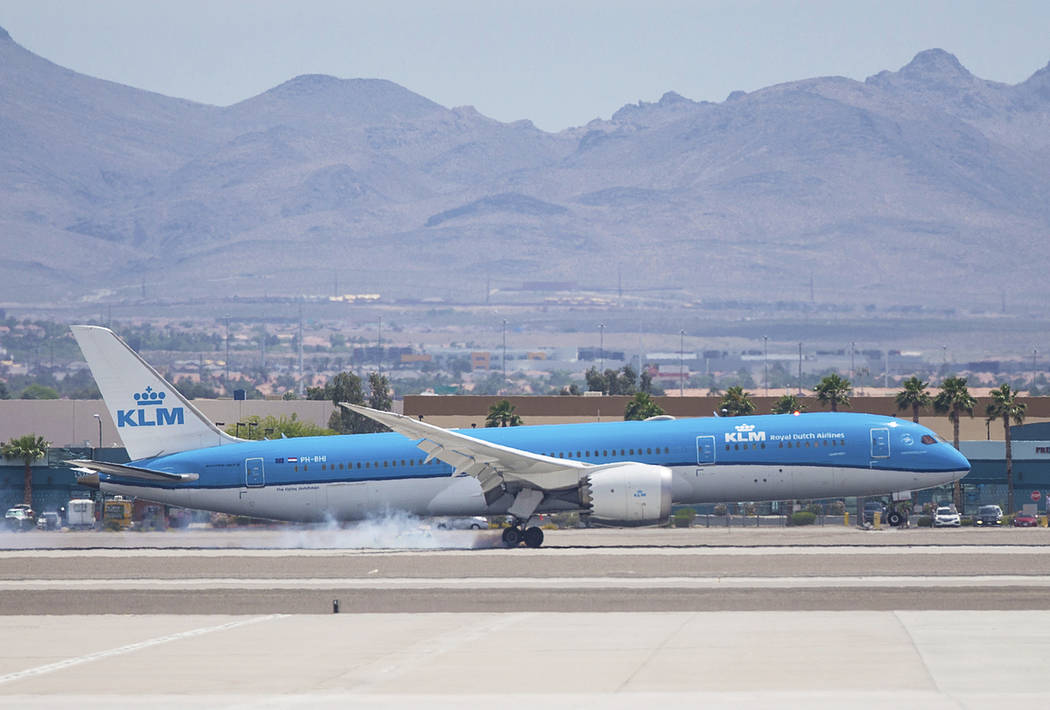 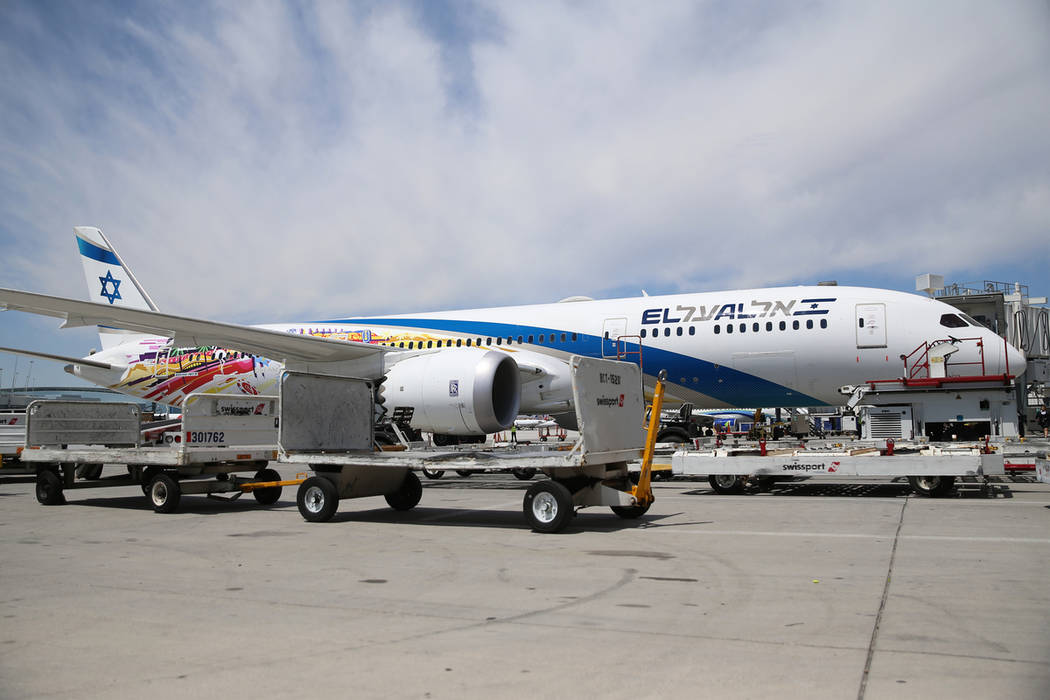 If you’ve been paying attention to recent aviation happenings, you’re bound to have noticed that Las Vegas has been adding new nonstop international flights.

Just within the past few weeks, McCarran International Airport welcomed the first flights to Las Vegas from Amsterdam and Tel Aviv, Israel.

The influx of added flight service is not a coincidence, as McCarran has made a concentrated effort to draw new service outside the U.S.

The Air Service Incentive Program allows the Department of Aviation to offer airlines a monetary benefit for agreeing to launch international flight service to Las Vegas. The proposed service must make a required amount of flights per week to be eligible for the incentive program; any international service from outside Canada or Mexico needs to offer two flights weekly, while service from Mexico and Canada must offer three flights weekly.

The incentive program has an annual cap of $3 million, based on a first-come, first-served basis until the money is exhausted. No air carrier’s awards shall exceed up to 40 percent of the incentive program’s annual budget, meaning no payments to any single air carrier within one fiscal year can exceed $1.2 million.

Since the program began in 2016, the cap hasn’t been reached, according to Chris Jones, chief marketing officer for McCarran. This week the County Commission approved extending the program five more years beginning July 1.

The $1.2 million amount a single carrier can receive pales in comparison to other cities’ incentives. Some offer almost eight times that much to lure international service, Jones said.

“There are a lot of airports out there who are very competitive and offer a lot of money for these kinds of things and we’re not trying to get into a dollar-for-dollar fare war,” Jones said. “Pittsburgh and a group in Pittsburgh gave Delta $9 million for service from Paris. Denver can do up to $6 million over 24 months per carrier for overseas service. There’s a lot of other airports out there that are throwing a lot money around, and we feel the draw of Las Vegas really needs to be the major selling point.”

Additionally, the new flight service generates economic benefits for the city that far outweigh any amount the department offers to carriers.

The new service from Amsterdam (flown by KLM Royal Dutch Airlines) and Tel Aviv (El Al Israel Airlines) will account for an estimated $70 million in economic benefits for Las Vegas.

“That certainly pays for itself based on the economic impact that they bring in,” Jones said.

Additional flight services that was tied to the incentive program include Interjet Airlines to Mexico City; Korean Air adding an extra flight to Seoul, South Korea; Eurowings’ service from Munich; and Hainan Airlines’ service from Beijing, among others.

“This is not to say this solely brought in any carrier,” Jones said. “It helps in the conversation. They usually are warm to the idea; if this helps move the needle over the line, then great.”

With the success of the program thus far, it’s a safe bet that McCarran will continue to add new international flights on a regular basis, benefiting not only tourists traveling to the area, but also residents who want to travel abroad.

A stretch of road that encompasses multiple street names is set for a two-month road improvement project.

Work hours will be 7 a.m.-5 p.m., Monday through Friday, with traffic being restricted to one travel lane in each direction, east- and westbound.

Primary work includes milling and overlay repaving, which will take two weeks within the eight-week schedule to complete, subject to equipment availability. Following the paving, the utilities and manholes will be raised to be even with the new pavement.

The installation of new traffic delineations and the addition of bike lanes are also included in the project.

Lake Mead Boulevard and Cheyenne Avenue are recommended as alternate routes for east- and westbound traffic.

From 6 a.m.-noon Monday, the southbound lanes of Boulder Highway will be reduced underneath U.S. Highway 93 as crews remove tagging on bridge structure beams, the Nevada Department of Transportation announced last week.

Road work in Boulder City will affect traffic on multiple days this week.

NDOT maintenance crews will “blade” the dirt in the center medians for improved roadway shoulders.