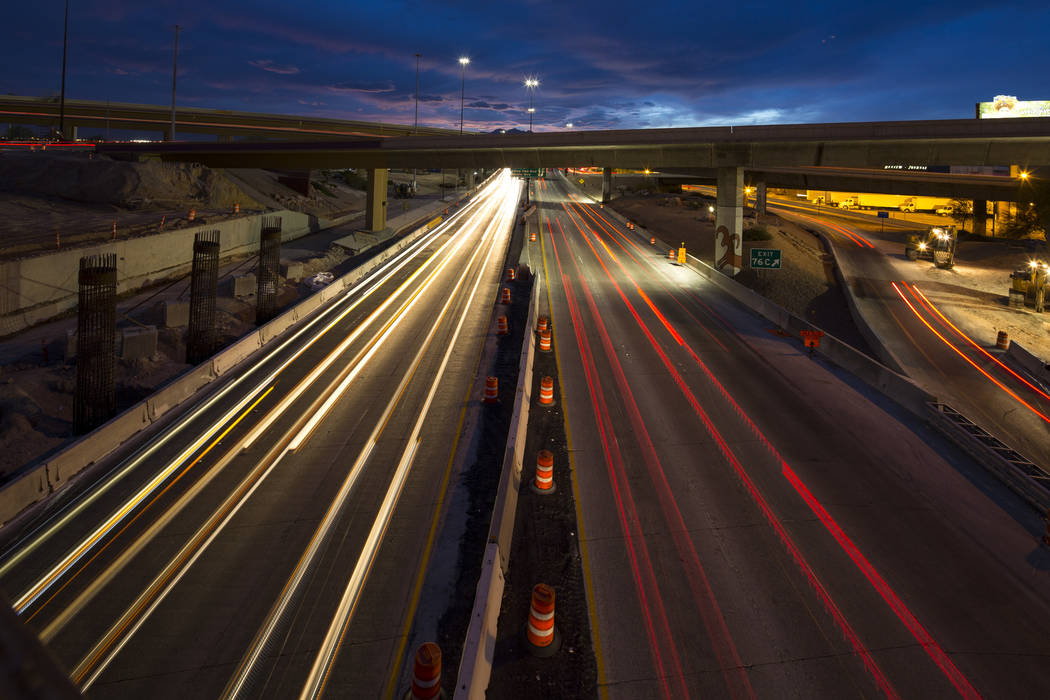 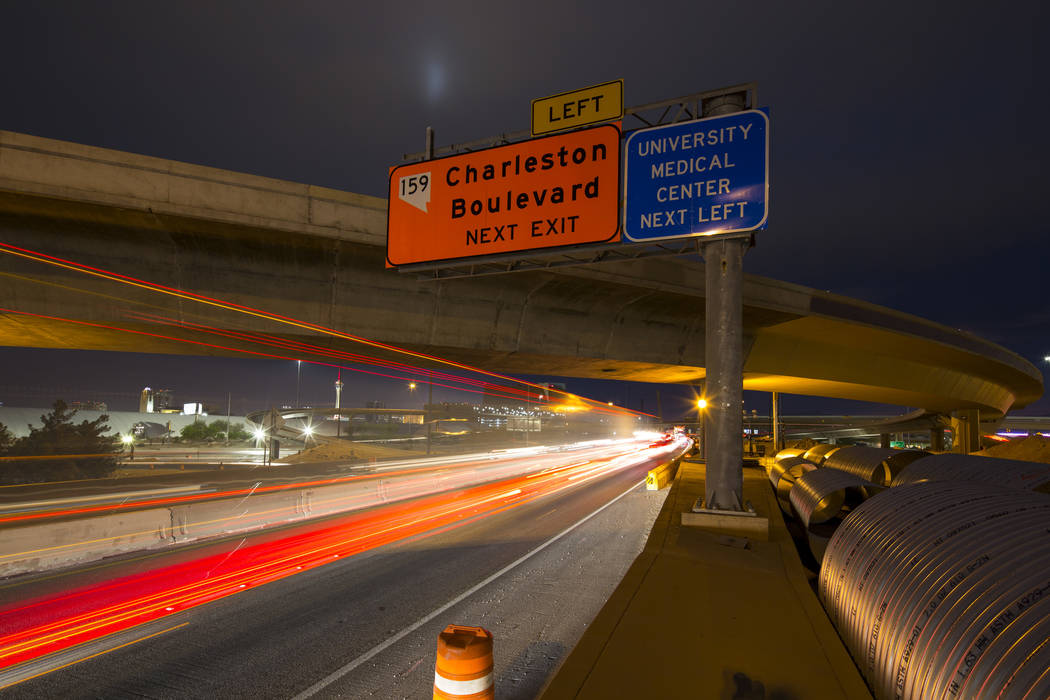 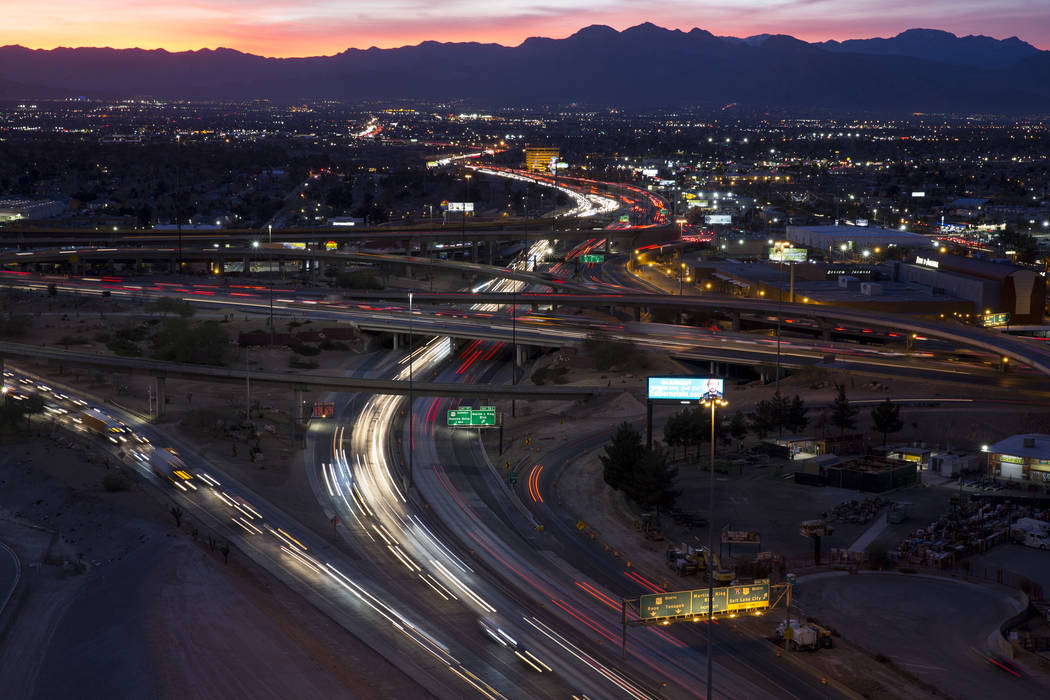 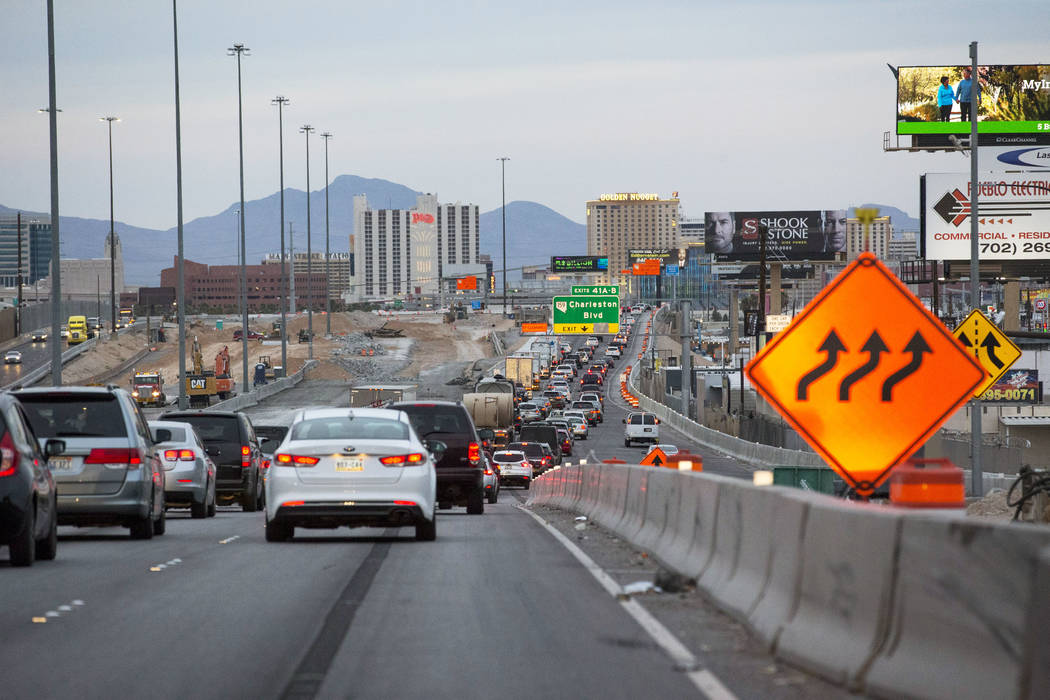 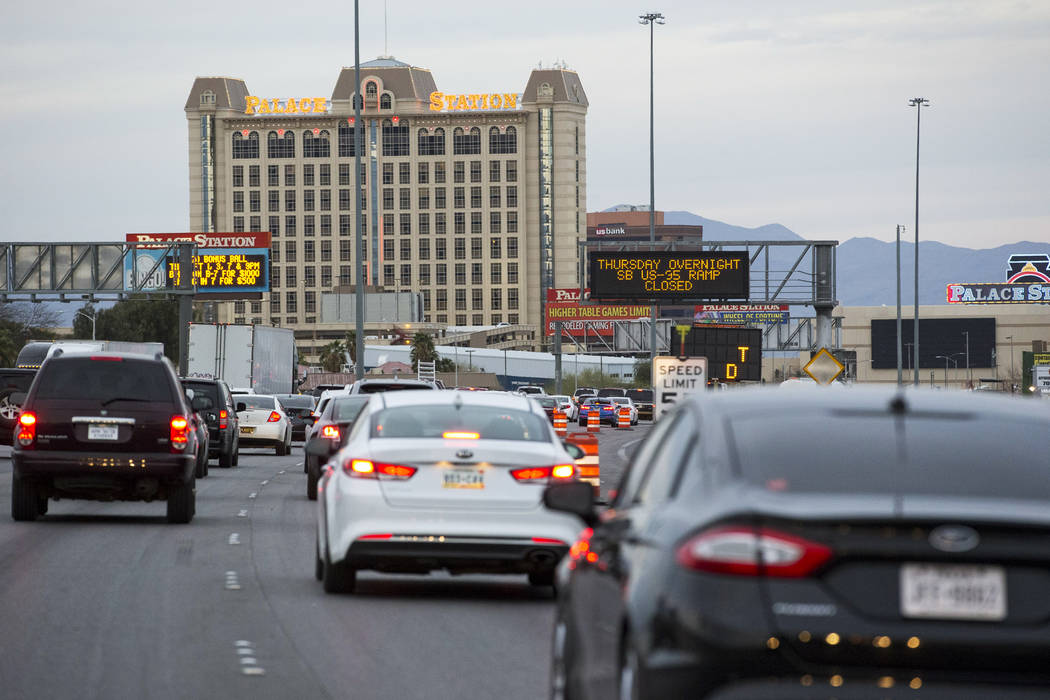 As crews continue to work uninterrupted on reconfiguring the Spaghetti Bowl interchange in downtown Las Vegas, it’s a little hard to believe that construction was delayed on nearby sections of Interstate 15 just 50 years ago.

A short story running in the April 5, 1968, edition of the Las Vegas Review-Journal titled “Three Southern Nevada Road Projects Delayed” noted that cutbacks in federal funding hampered vital improvements for sections of I-15 running through the downtown area.

The projects were estimated at a combined $7 million to build sections of I-15 from Bonanza Road to Monroe Avenue, and from Bonanza to Charleston Boulevard.

The third project called for building what was then known as the Downtown Expressway, a mile-long road running between Las Vegas Boulevard and I-15, spurring west toward Rancho Drive. Of course, as the region and freeway system continued to grow, the Downtown Expressway was eventually incorporated into the modern-day U.S. Highway 95.

Hat tip to my Review-Journal colleague, Henry Brean, for discovering this item while researching stories about local residents mourning the assassination of Martin Luther King Jr. on April 4, 1968.

So far, Project Neon has not run into any funding problems despite its $1 billion price tag, according to the Nevada Department of Transportation.

Last month, NDOT’s board of directors sold a third and final round of state bonds to help pay for the ongoing widening of I-15 between Sahara Avenue and the Spaghetti Bowl interchange.

The state Transportation board agreed in 2014 to finance Project Neon with three separate rounds of bond sales. The first in 2016 garnered $200 million, followed by a $185 million issuance in 2017 and a final sale this year of $140 million.

The balance comes from a mix of federal, state and local funds, NDOT spokesman Tony Illia said. At 63 percent complete, Project Neon remains on budget and on schedule for completion by July 2019, Illia said.

Ed from Henderson said the road gets pretty rough while driving along Lake Mead Parkway, between Boulder Highway and the U.S. 95 interchange with the southern 215 Beltway, and wanted to know whether there were any plans for resurfacing.

Illia, the NDOT spokesman, said that the agency is aware of the issue and is “taking proactive steps to remedy the problem shortly.”

Pays to be on time

Bill from Las Vegas said he noticed a neighbor’s vehicle tags had expired last August, but received a new January tag after a late renewal.

“Are there any fines for late registration renewals, or do they get a free ride at the expense of those who pay on time?” Bill asked in an email to the Road Warrior.

These scofflaw drivers definitely have a price to pay, said Kevin Malone, a spokesman for the Nevada Department of Motor Vehicles.

Motorists have to pay prorated fees for the time their vehicle registration had lapsed, plus a monthly $6 “late” fee and 10 percent of the past-due governmental services taxes, Malone said. On top of that, the driver also has to pay the next year’s full fees in advance.

However, if the vehicle was not operating on public streets, the driver can sign an “affidavit of non-operation” to avoid those late fees for the time a vehicle was not driven, Malone said.

“Are there any plans to widen this corridor, and maybe install a signal to replace the four-way stop at Warm Springs and Valley View Boulevard?” Ken asked.

Although a specific schedule was not provided, Clark County spokesman Dan Kulin said there are “long-range” plans to widen an even longer stretch of Warm Springs, running between Dean Martin and Durango Drive.

County officials will also review the intersection at Warm Springs and Valley View for a traffic signal study.